Way to unlock: You need to complete Main mission 24 (The Multi Target Assassination). Some time after the completion of that mission, there will appear a new point near the Legion Square, and it refers to another phone talk with Lester.

Additional information: This is yet another assassination that you are tasked with by Lester. Elimination of the target is not going to be too demanding and, just like on the previous missions of this kind, it is a good idea to come equipped with the suppressed sniper rifle. 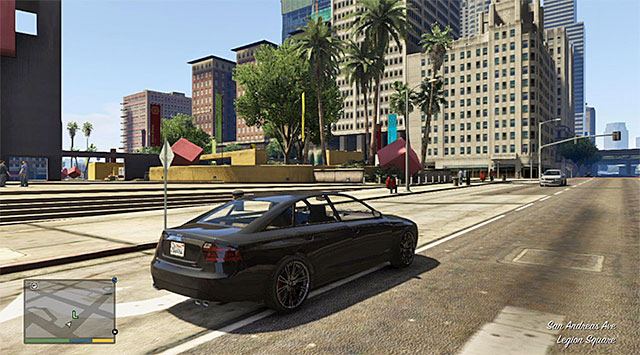 The starting point for this mission is the Legion Square, located in the central part of Los Santos. After you get there, you need to approach the phone booth and answer the phone call from Lester, who will explain to Franklin the details of the mission. The plan assumes that you murder Jackson Skinner who has been charged with the unauthorized selling of personal data. Not - if you deal in stocks and bonds, you should consider buying the stocks of the Fruit company, because they are the ones to profit from Skinner's death most. 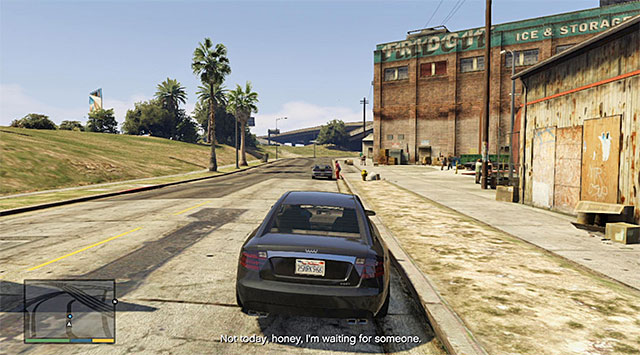 The whereabouts of the prostitute

Get into your vehicle and drive to the South-West i.e. to the La Puerta district. After you get there, stop the car near the place where the prostitute, which Lester pointed you to, works. 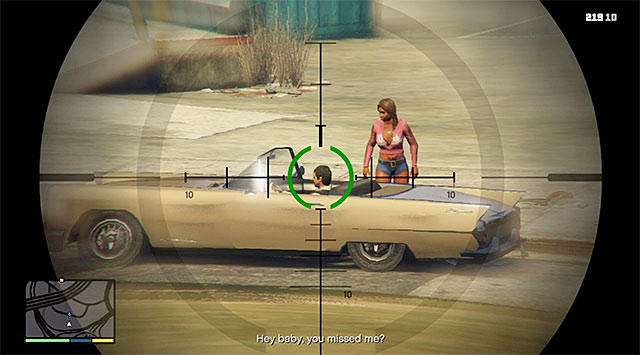 Get out of the car and climb the nearby hill. From your inventory, select the sniper rifle and wait patiently for the car with Skinner in it appears. You will know him by the car which the prostitute will get into. Kill Skinner with a long-range shot (the above screenshot) and leave the murder site quickly. The only thing left for you to do is contact Lester.