Way to unlock: You need to complete Main mission 41 (Blitz Play #2). You can now go to the meeting with Devin (letter D on the world map),which is located in central Los Santos, in the Alta district.

Additional information: This mission, almost entirely, assumes making use of various means of transport - first it is Franklin's car, then the police motorcycle and two very fast sports cars to top it off. Regardless of which vehicle you are currently using, the key to success is avoiding traffic. 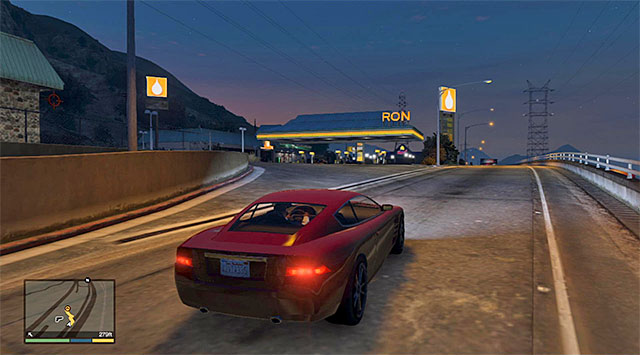 The starting point of this mission is the construction site and, if you want to listen to conversation with Devin and Molly in its fullest, it is best to reach there as Franklin. During the meeting, you will learn that you need to obtain two very expensive cars. After the conversation has finished, get into your car (Ocelot F620), drive into the highway and towards the gas station located in the Eastern part of the map After you get there, you will have to race against two boys driving very fast cars. 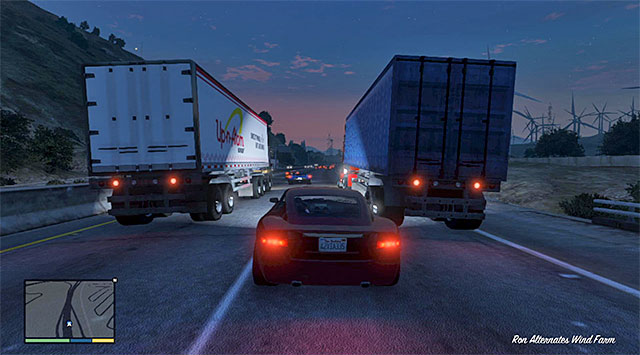 You need to be prepared for a long race, during which you need to focus entirely on overtaking the slower cars on the road. You should not attempt to overtake the remaining participants of the race because this is not required by the game and, after all, the game will not allow you to do that in the initial stage of the race. Along your way, use Franklin's special skill to your advantage and drive between two trucks (the above screenshot) and two busses because all of this is required to complete this mission in 100%. 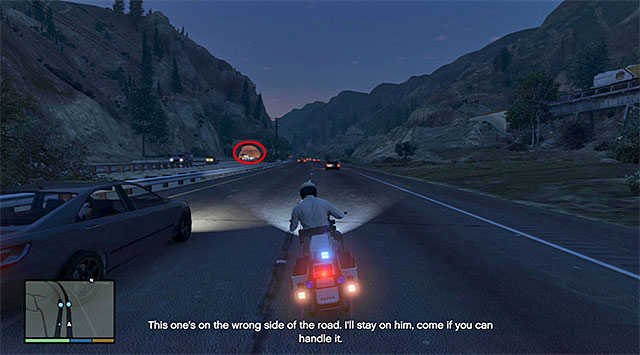 The tunnel that you need to follow Trevor into

You need to follow the sports cars until the game starts a short cutscene. Wait until you cut to Michael and start your pursuit on the police bike. Also here, you do not really have to strive for the victory over the two sports cars, and only make sure that you do not bump into anything along your way. At the right moment, follow Trevor into the tunnel to the left (driving against the traffic), thanks to which you will perform another action required for a 100% completion of this mission. 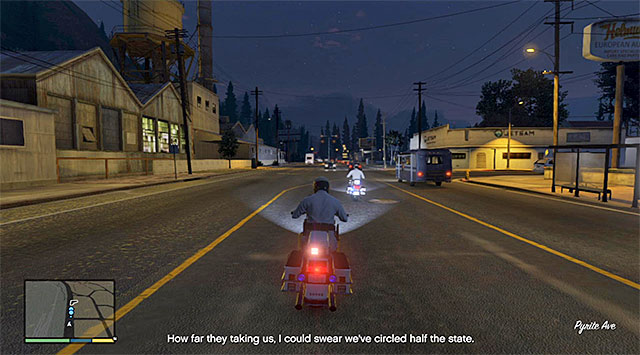 You need to watch out, especially while crossing a small town

Continue racing and, just like earlier, focus mainly on overtaking the slower vehicles, especially that Michael can fall off the bike and cause the entire mission to be failed. After the cars that you are chasing, stop, decide which character you want to control from now on, until the end of this mission. 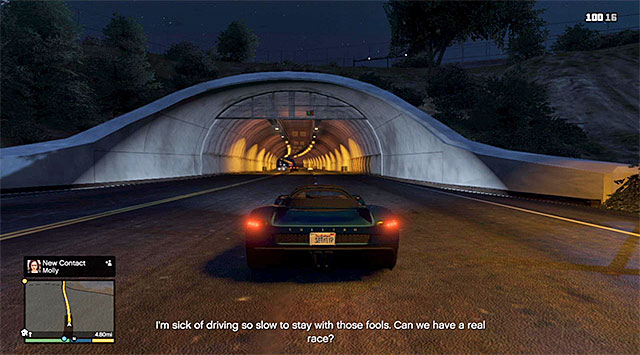 Try to maintain high speed at all times

Regardless of which playable character you choose, there is only one thing left for you to do, i.e. reaching the Los Santos garage. Do not worry if you damage the car that you are driving, because the game does not require you to deliver it in perfect condition. After all of the characters meet in front of the garage, the mission will end.