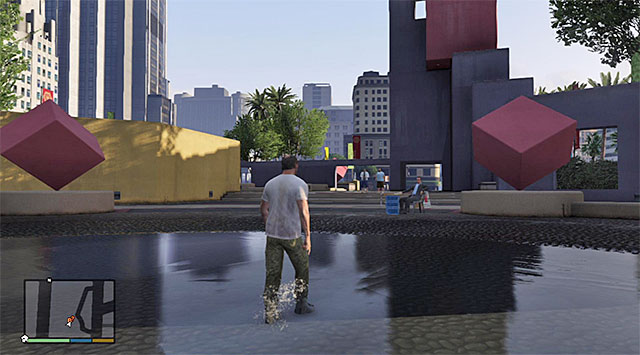 Location: You need to reach the Legion Square located in the central part of Los Santos and talk to Barry who is gathering signatures under the proposal to legalize marihuana (the above screenshot). 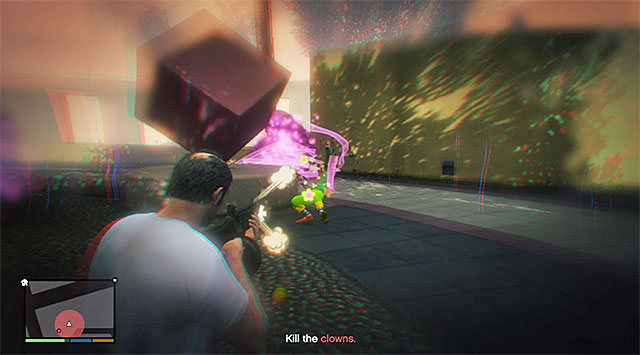 You are going to play a hilarious mission, because, due to smoking a specific variation of marihuana, Trevor will be experiencing hallucinations, whose effect is the appearance of clowns around. Use the automatic shotgun to eliminate the clowns. In the first place focus on the dancing ones. 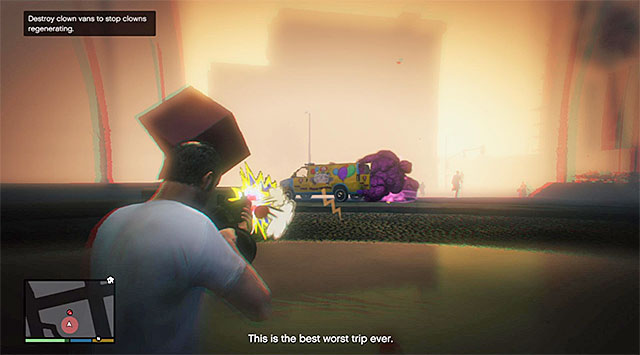 Quickly destroy all of the appearing vehicles

Every now and then, you should notice clown cars stopping nearby. Try destroying them as quickly as possible because this will bring you closer to completing this mission in 100%, and prevent other enemies from arriving. Continue fighting until the hallucinations wear off.