Robbery in the club 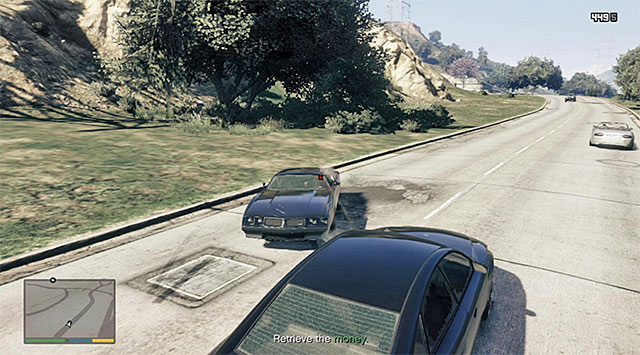 You need to kill the thief and retrieve the stolen money

You may receive a message from the keeper of a night club that he was robbed. After you get there (point P on the world map), you should notice an escaping car, which you need to chase (it would be a good thing if you drove a fast car). Shoot the thief (note - he may respond with fire) and retrieve the stolen money.

Shootout in front of the club 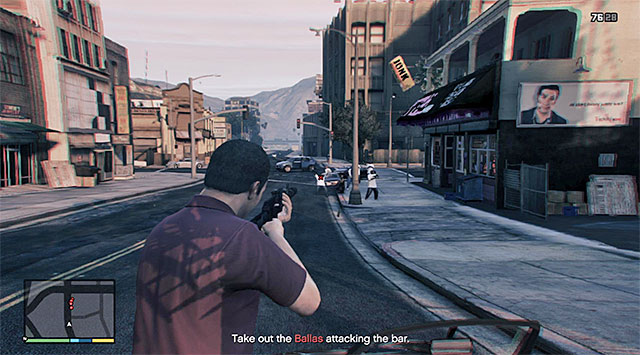 Kill all of the gangsters

You may receive a message from the night club keeper that he is under fire from armed assailants. After you get there (point P on the world map) you should notice the members of the Ballas gang, and you need to get rid of them all. During the fights, remember to use the skill of slowing down time to your advantage. After the fights are over, escape the police.

You may receive a message from the night club keeper concerning the shortage of alcohol. After you reach you're the location where the truck with the liquor was parked (letter P on the world map) get into it and start your ride towards the club. On your way there, you need to find a compromise between the fast and the careful. Try not to bump around too much to prevent spoiling your cargo. At the same time, do not drive too slow to be able to make it within allotted time. 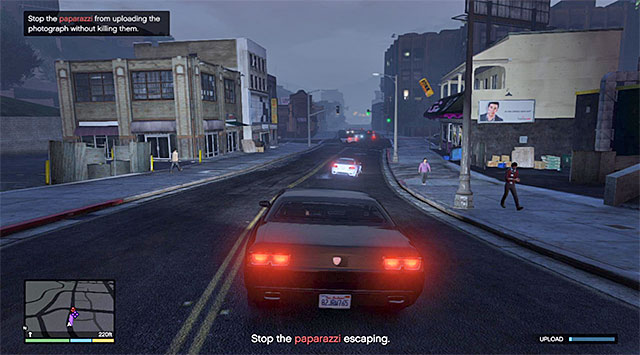 You may receive a message from the manager of the night club that there is a paparazzo taking pictures of VIPs and that it would be a good idea to stop him before he manages to send them away. Start your chase after the paparazzo and, instead of laying fire down on him, try to throw him off the bike, or wait until he collides with something. At the same time, you should pay attention to the bar in the bottom right corner of the screen, because the whole pursuit must end before it fills up. Stop near the collision site to pick up the photo camera and the smartphone.