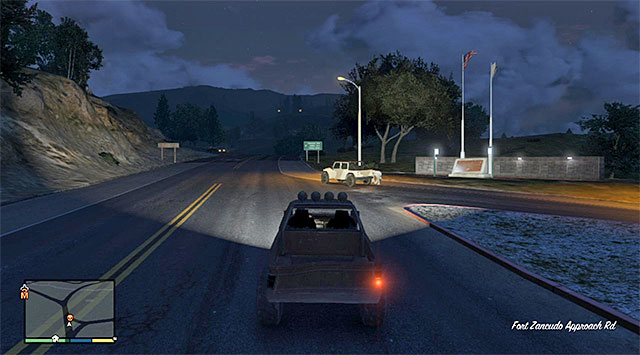 Location: This mission is available after finishing the secondary mission Rampage Three. Its beginning locations is marked by a skull icon, which is on the crossroads in the central part of the map (area named Great Chaparral on west from the small city where is Trevor's trailer). When you get there, stop at the broken jeep (screen above) where two soldiers are working. 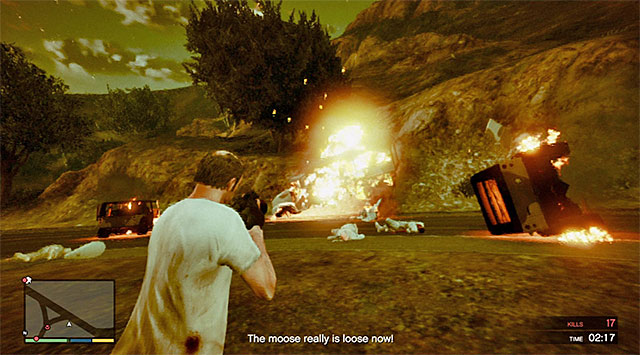 Grenade launcher is your best friend in this mission

This time, a bit different challenge awaits you. Get out of the road and start firing at enemies with grenade launcher. Aim at stopping jeeps and army trucks, trying to destroy them before soldiers run out of them and spread out. 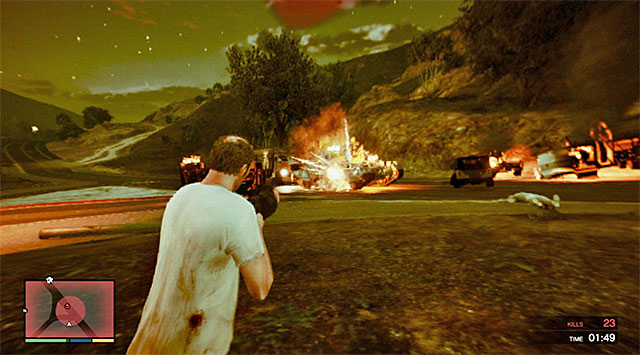 Tank can be destroyed only after several hits from grenade launcher

During this fight, you'll get an occasion to destroy at least two enemy tank. Remember to keep moving, sideway, and use your grenade launcher constantly. To destroy any of tanks, you need to hit it at least few times. Mission lasts 3 minutes and you have to kill 35 soldiers in this particular time.