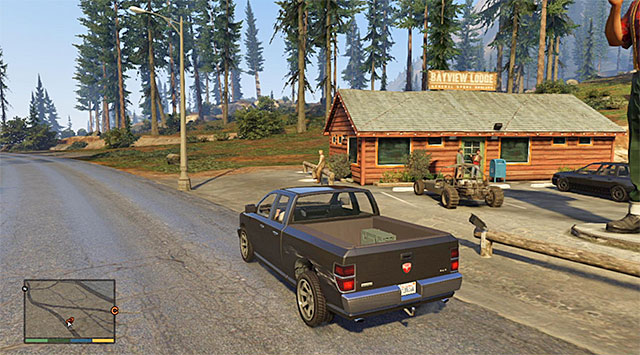 Location: This mission is available some time after finishing the secondary mission Target Practice. You have to wait until you get a message from Cletus and meet with him in the north-west part of the map, in the Paleto Forest. The man will be waiting at one of the houses (screen above). 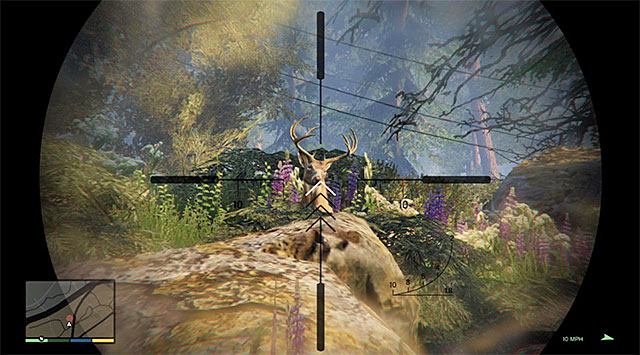 This is another trip with Cletus and this time you'll be hunting moose. Take a sniper rifle and a decoy from Cletus and follow him, turning on the sneak mode. On your way listen to Cletus' hints, from which you get to know, among others, that the safest way to get close to the moose is moving against the wind (marker of wind's strength and direction is in the right bottom corner of the screen). Soon, you approach the first animal. Aim at the moose and fire! Attention - if you want to complete this mission in 100%, you have to kill moose by firing at their hearts. 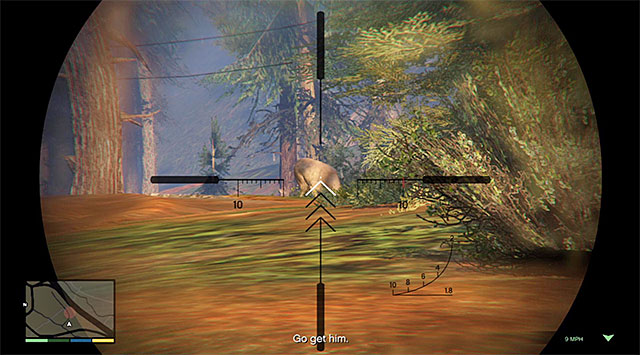 You can move on. To locate the second moose, you have to use a decoy, which you obtained from Cletus at the beginning of this mission. Location marked on the map is only an approximation and remember not to hurry. As previously, you can try to aim at animal's heart or just kill it quickly. 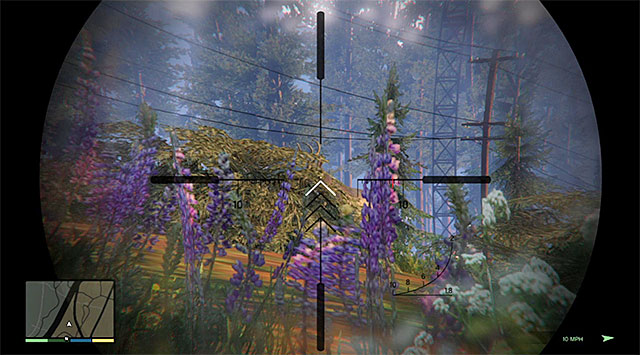 Cletus informs you about location of moose pair and, according to the obtained information, you have to hunt the male one, which is the one with antler. Use decoy, take a good position and kill this moose from a long distance. 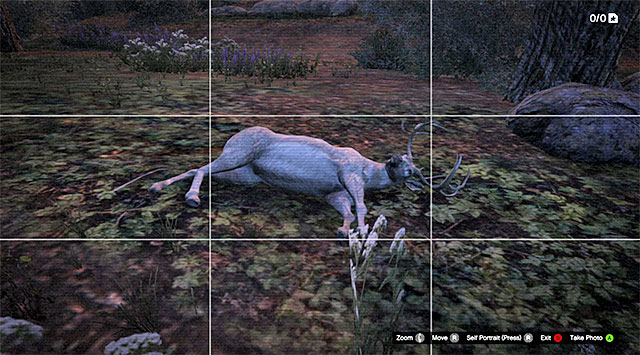 Hinting for the last moose is without Cletus help. Perform all actions like in the previous cases, that is use decoy often and remember to move only against the wind (you can wait until it changes its direction), because it allows you avoid detection. When you kill the animal, approach the corpse, choose phone from the inventory and turn on Snapmatic. Take a photo (screen above) and send it to the Cletus. Now you just need to wait for a call which ends this mission.