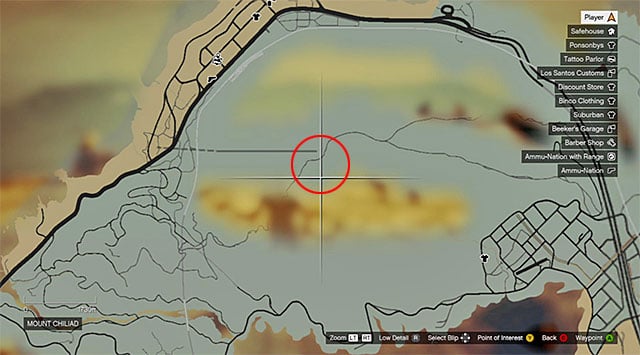 Location: This mission is available some time after finishing the secondary mission Maude: Larry Tupper. You have to wait for an e-mail and information about sought person location from Maude. Glenn Scoville is on the one of the most unavailable locations of this world, next to the top of Mount Chiliad (screen above). 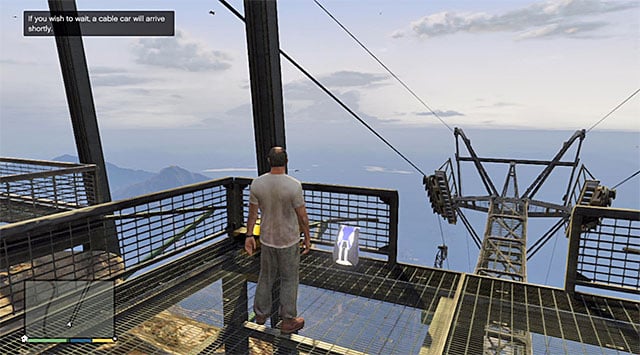 At the top of mountain you can get in two basic ways: using cable-railway or riding via one of the slopes with motorcycle or quad. Whatever you choose, search the vicinity of the railway and pick up a parachute (screen above), because it will help you catch Glenn. 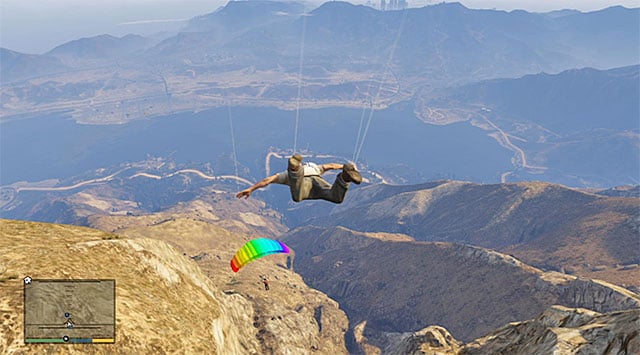 Don't forget to open the parachute!

Glenn stands a bit on south from the railway station and if you want to kill, fire at him before he starts escaping. Otherwise, run to him and then jump from the top and open the parachute. Try to move in a way not to lose the runaway. 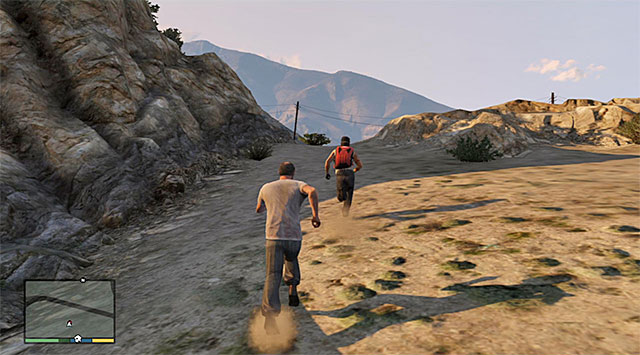 Catch Glenn and knock him down

Try to land as closest to the Glenn so you won't waste a lot of time for catching up with him. If Trevor has highly developed Stamina, he should be able to take him on his own. Otherwise, find any vehicle quickly and get the runaway. After that, take Glenn to Maude.