his page of the guide to Grand Theft Auto V has a walkthrough for mission 33 - Cargobob. Our GTA 5 guide explains how to infiltrate the military base, how to eliminate the soldiers, where to find and deliver the cargobob.

Way to unlock: You need to complete Main mission 30 (Scouting the Port) and, towards its end, decide for the Offshore attacks. After you receive a text message from Wade, there will appear the Hs symbol on the world map, which marks the place where you can find the military cargo helicopter.

Additional information: To steal the helicopter is not easy, because it is located in the military base and, after you walk into the base, a four-star pursuit will start. What is even more, onboard the chopper, you will have to pay attention to the AA defense and the enemy combat helicopter. 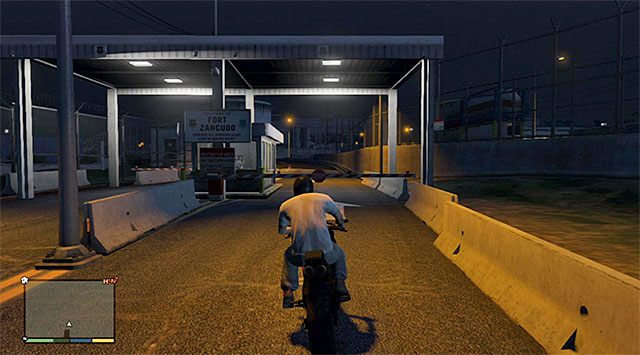 One of the entrances to the base

The chopper that you are looking for is at Fort Zacundo located in the North-East portion of the map. If you want to get there by a vehicle, it is best to drive up there from the Northern side and cut through the security gate. On your way to the helicopter pad, you will, obviously have to avoid soldiers or shoot at them. 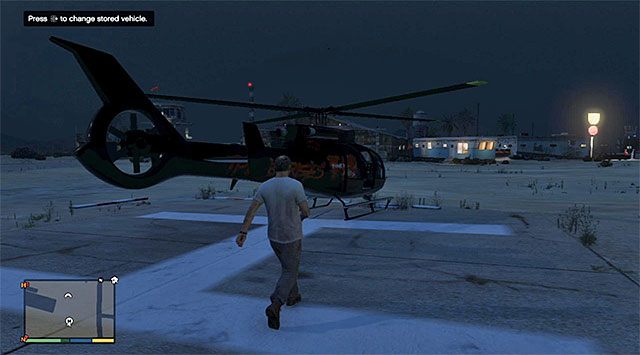 It is a way better idea to make it over to the base on a regular chopper and, to do that, you need to visit the airports seized by Trevor, located to the South-West of the Sandy Shores. After you get there, get aboard the chopper shown in the screenshot (Frogger). Try to maintain low altitude while flying and, right after you get over the military base, land the helicopter as close to the cargo helicopter as possible. Thanks to this you will not be taken down by the AA Crew. 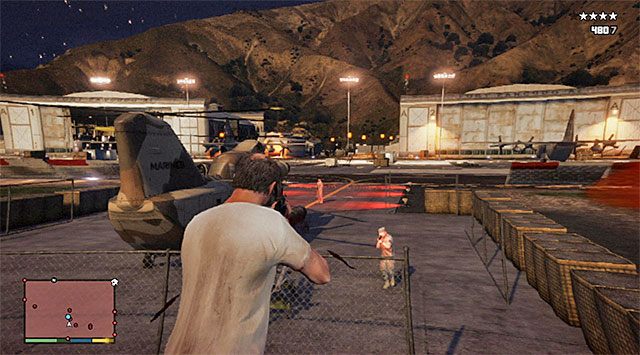 Use the fury to make it easier to kill the soldiers

Regardless of the variant, I recommend that you use Trevor's special skill combined, with a good weapon, to eliminate all of the enemies near the military chopper (Cargobob) and only then take a seat aboard. 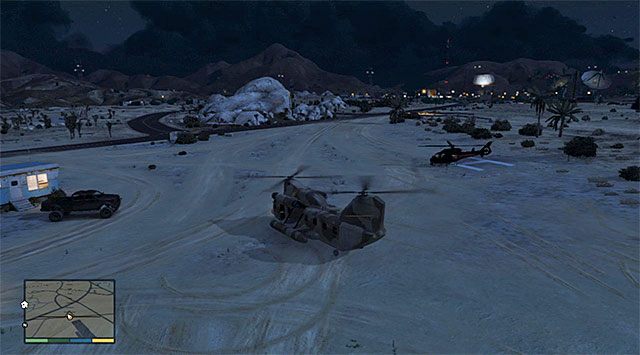 Take off as soon as possible and fly towards the airport mentioned above, i.e. to the South-East. There will be another military chopper that will chase after Trevor but, if you do not slow down for anything, you should not get hit (you can also increase your chances by maintaining a low altitude and by using, to your advantage, the nearby hills to hide behind). After you reach the landing field, land the helicopter in the marked area.

Rewards and challenges in mission 32 - Cargobob