This page of the guide to Grand Theft Auto V has a walkthrough for mission 29 - Hood Safari. Our GTA 5 guide explains how to reach Grove Street, eliminate gangsters, and escape the police using jet ski.

Additional information: the most interesting bit of information is that it will allow you to visit Grove Street, i.e. the location that should be perfectly known to all the fans of GTA: San Andreas. When it comes to the preparations, I recommend that at least one character takes grenade launcher along for the mission (preferably Trevor), because this will make it easier to win many of the fights. Towards the end of this mission, you will also have to play a pursuit on jet skis but, it is not especially demanding. 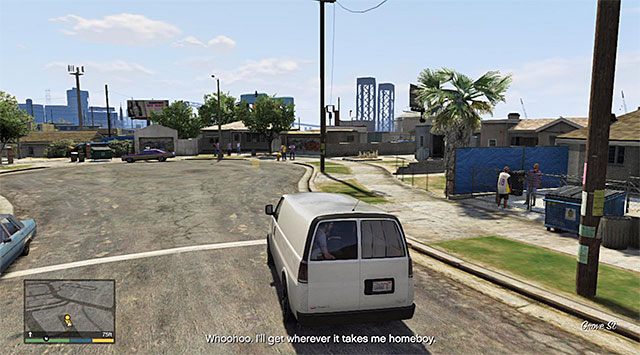 To start this mission, you need to visit Franklin's first house, i.e. the one that he used to live in until he got a villa on the hills of Vinewood from Lester. You can get there as either Trevor or Franklin, and this is not going to have any significance. After you listen to the conversation, in which also Lamar will take part, while playing as Franklin, get into the van (Vapid Speedo) and drive for the meeting at Grove Street. After you get there, get out of the van and go to the site of the trade. 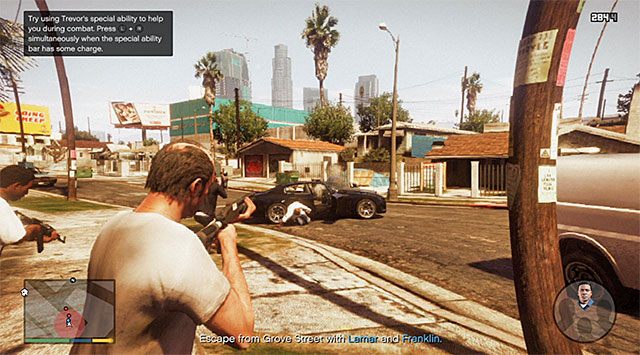 Right after the cutscene, you will have to decide who you want to control during the fights with the hostile gangsters. I recommend Trevor because, due to his special skill, you will not have to hide behind covers, thanks to which you will be more efficient at eliminating the enemies. 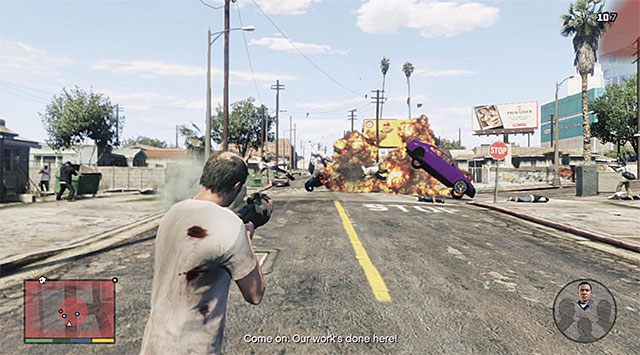 Keep pushing ahead, and keep in mind that there will be appearing new gangsters around, on a regular basis. It is best to eliminate the ones in cars by using the grenade launcher suggested above (the above screenshot) which will make it considerably easier to win fights. Just remember not to cause an explosion near Franklin or Lamar, because the death of either will mean failing the mission. 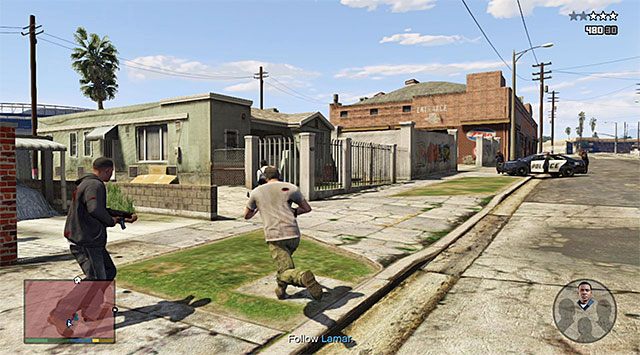 Escape from the Grove Street

Soon, there will police start coming, and I recommend against getting into unnecessary fire exchange with them. Instead, follow Franklin and Lamar to the left and reach the area where you have noticed the jet skis parked. Cut to Franklin and take control over one of the ski jets. 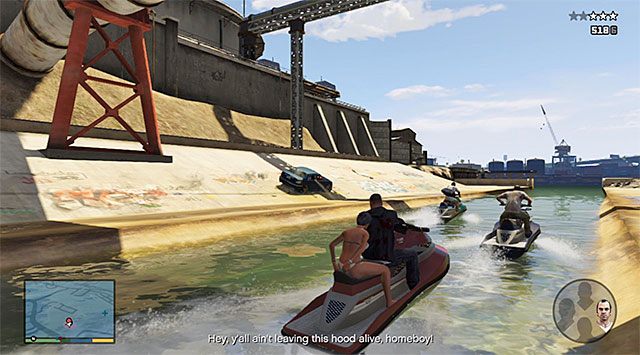 Deal with the last group of gangsters

Follow the channels and attempt to keep within short distance of Trevor and Lamar. If you want to, you can attack the gangsters that are chasing you and, for obvious reasons, it is best to use Franklin's special skill here (slowing down of time while riding) which will make it easier to target the gangsters. 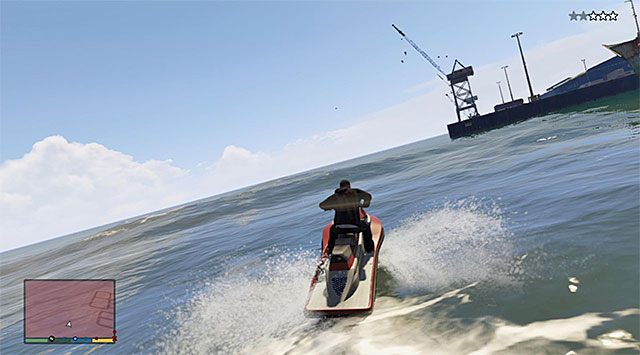 Finally, you need to lose the police pursuit

Ignore the police helicopter that is chasing you and wait for the moment in which Lamar will suggest that it would be good to take part. Steer in the direction different than that taken by your allies, and watch out not only for the helicopter, but also for the police boats. This mission will conclude after you lose the pursuit.

Rewards for completing the mission: