Additional information: The main attraction of this mission is the possibility of subjecting Kerimov to all sorts of torture, aimed at procuring information. The character responsible for inflicting the tortures is Trevor, of course. Michael's task, on the other hand, will be to eliminate the person that has been singled out and, this part of the mission can be completed without any problems. 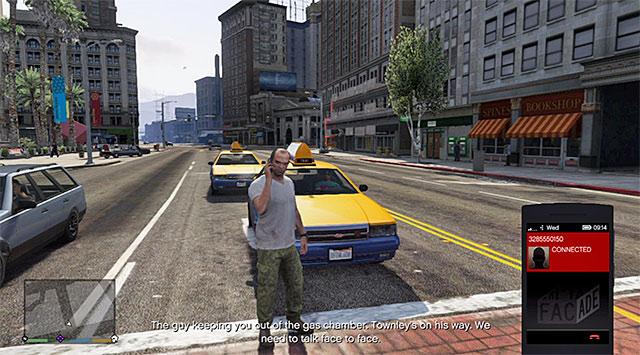 A phone call from Steve

You can activate this mission while playing as Michael or Trevor (in the case of the latter, you will receive a phone call from an unknown caller). Listen to the conversation with Steve and set out towards the warehouse located Northwards of the port (if you are currently playing as Trevor, you can cut to Michael and speed up this process). 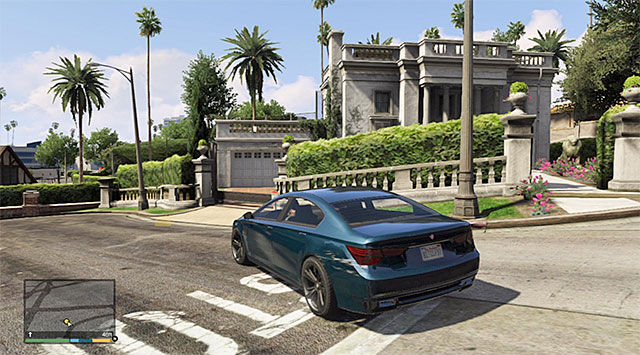 The estate that Kerimov points you to

Wait until you regain control over Michael, get into Dave's car (Ubermacht Oracle) and drive towards the estate that Kerimov pointed you to, which is located in the Rockford Hills district, close to your character's villa. After you get there, it will, unfortunately, turn out that the interrogated character gave you the wrong address, as a result of which, This time as Trevor, you will start torturing the man. 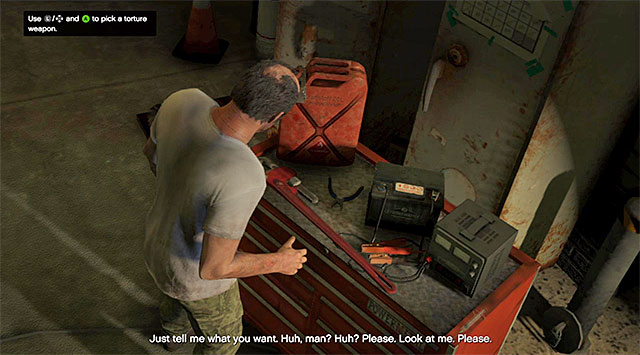 The selection of tools

During this mission, you will have to play four scenes of a (very brutal) interrogation and Trevor has, at his disposal, just as many torture tools available so, it would be good if you used each one of them exactly once. The items on the workbench are: 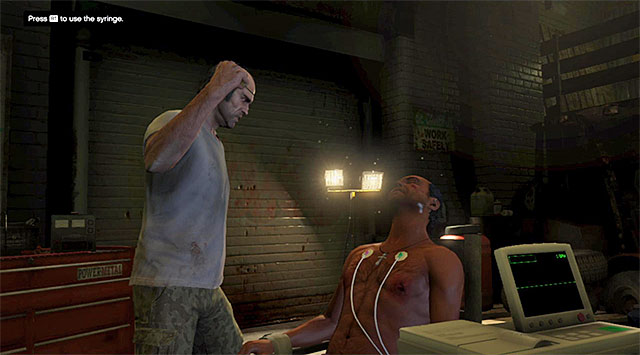 The crucial dependency connected with the tortures is that you should be taking frequent looks at the heartbeat monitor and not exaggerate with the tortures. Otherwise you can bring about cardiac arrest. This does not end the mission, because you can apply an adrenaline shot in such a situation (the above screenshot). You should realize, however, that applying adrenaline will prevent you from completing the mission in 100%. That is why you should take frequent breaks and be careful, especially while electrocuting Kerimov. 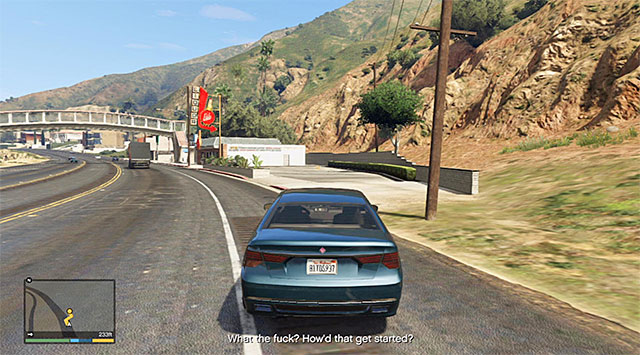 The place to stop the vehicle

After the first part of the torture scene ends, you will receive, from Kerimov, new whereabouts. Wait until you cut to Michael and go to the Humash district, located in the North-Western part of the city. After you arrive there, park at the highway and wait for Michael and Dave to take their positions across the road from the mission's target, on the hill. 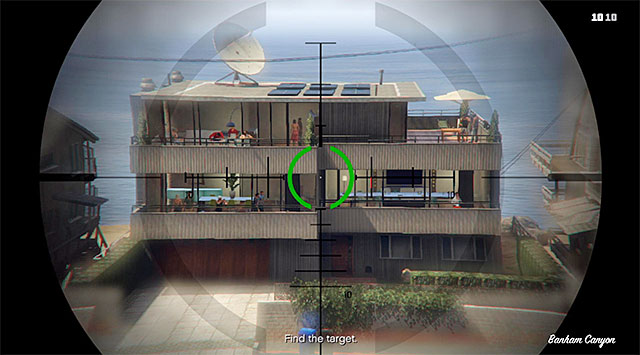 The first use of the scope 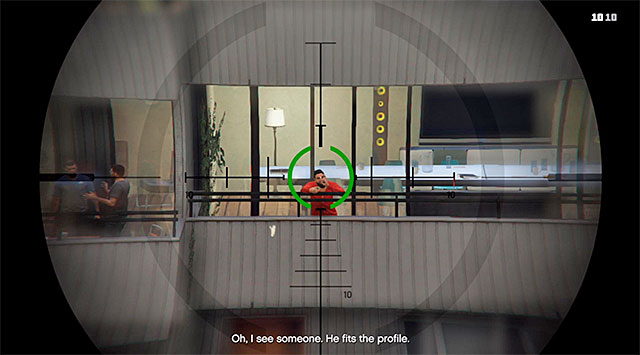 While playing as Michael once again, use the scope. However, this time, the attempt to recognize the target will be failed again. Again as Trevor play through the last one, fourth, part of the interrogation, and you will learn that he is left-handed and is a smoker. Wait until you cut back to Michael, target the person that you can see in the screenshot and take your shot (it is best to aim at the head). 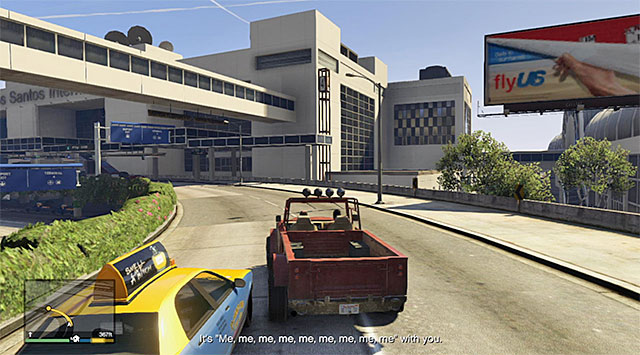 Watch the cutscene and, as Trevor, start the final part of this mission, which assumes that you take the severely wounded Kerimov to the airport, to ensure him with the possibility to leave Los Santos safely. Soon, this mission will conclude.