This page of the guide to Grand Theft Auto V has a walkthrough for mission 27 - Three's Company. Our GTA 5 guide explains how to raid the Agency's skyscraper, when to switch between the 3 playable characters, and how to either lose or destroy the hostile helicopter.

How to unlock: you have to finish main mission 25 (Dead Man Walking). You can head for the skyscraper, which is a headquarter of FIB (B letter on the map).

Additional information: It's something like demonstration mission, in which all three Playable characters will take part for the first time and a lot of fun is to observe their cooperation (and influencing it). Your plan is to attack the FIB skyscraper to capture Ferdinand Kerimov and each of characters will have his role in it. 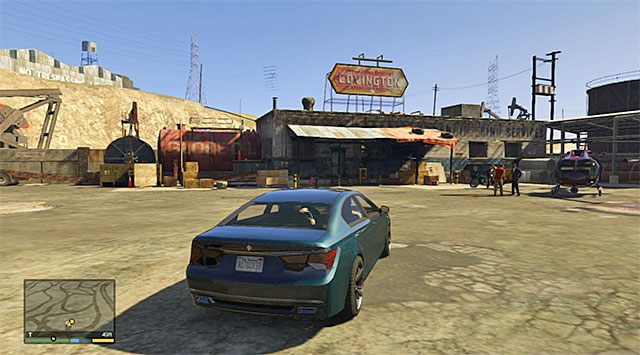 You have to begin this mission as Michael. Get to the FIB skyscraper in the centre of Los Santos, where you meet Dave, Steve Haines and Andreas. After listening to the plan about taking over Ferdinand Kerimov from the building where he is kept by FIB, follow Dave and enter his car (Ubermacht Oracle). Head for the square which is your base in the El Burro Heights. There, you meet Franklin and Trevor. 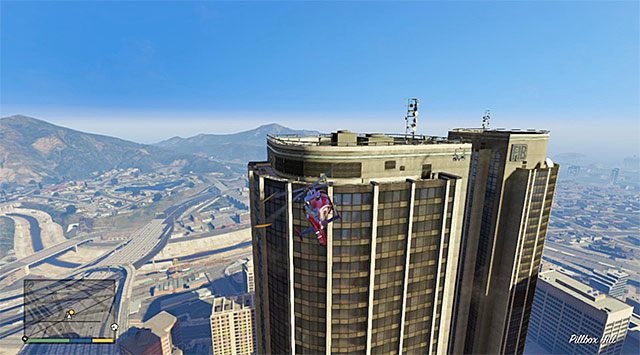 Soon, you get control over Trevor and begin conducting the helicopter. If it's your first flight, read information about flying displayed on the screen. Your destination is FIB skyscraper and, according to the instructions, you have to get over its western wall (screen above) what triggers a cut scene. 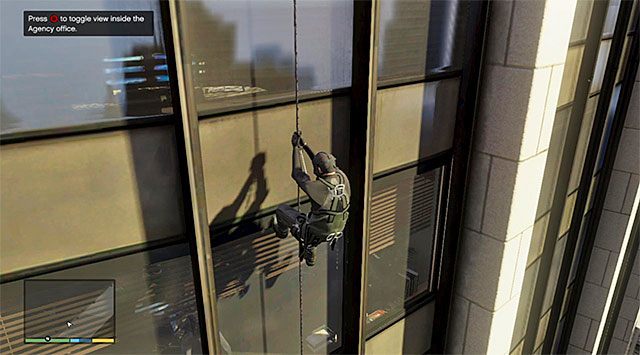 Stop over the room with kept Kerimov

Wait until game switches to Michael and slide down. You can bounce from the wall to speed that up. Get close to the room with Kerimov and switch to the cinematic camera to watch part of the interrogation. When you get necessary information, go into the room through the window. 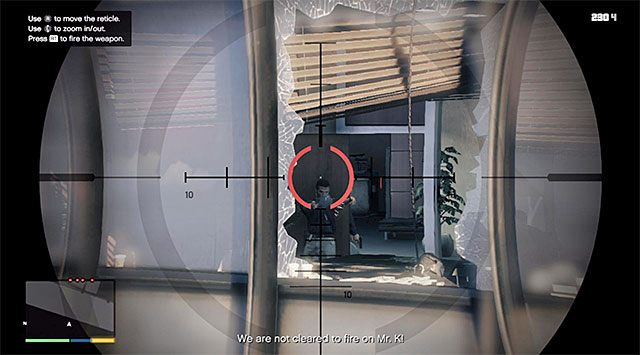 According to the game suggestion, switch quickly to Franklin who is a sniper support for Michael. Start eliminating agents in the room where Michael is. Try not to hit your ally and aim for enemies' heads, but kill quickly. 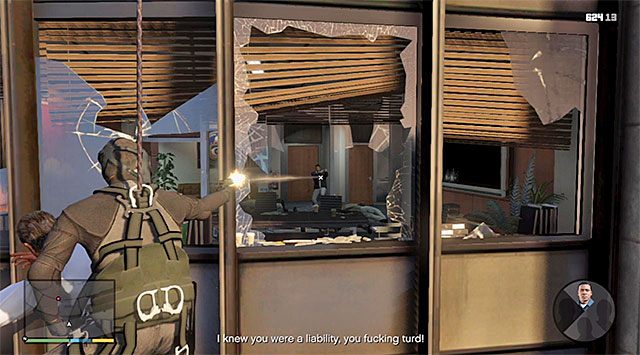 Eliminate more enemies in the building

Game switches again to Michael - you have to deal with remaining agents in the room where Kerimov was interrogated. You can, of course, use slow motion what makes easier for you to perform Headshots. Wait until Trevor pulled Michael and Kerimov on helicopter's board what begins your escape. 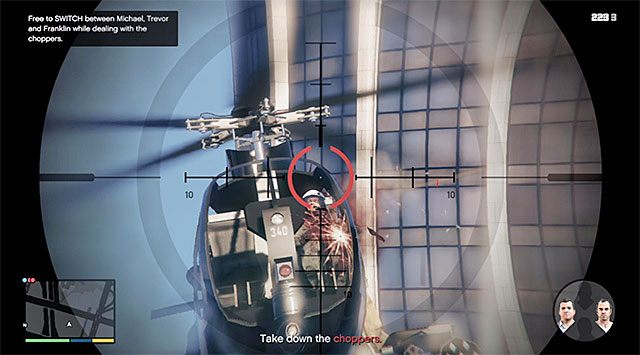 Take control over Franklin for the very last time in this mission. As you probably noticed, there is a helicopter with armed people heading your way and your task is to take it down. Don't aim at the shooters, only at the pilot (screen above) what let you eliminate the danger quicker. 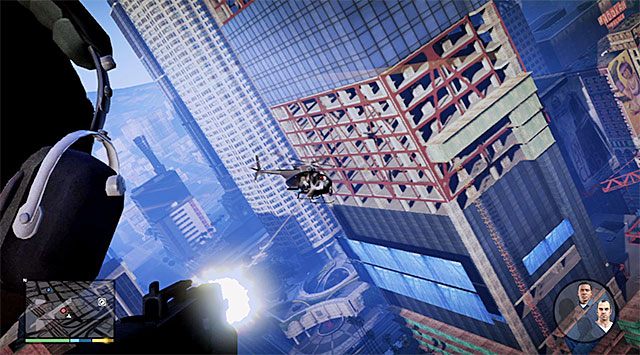 It's better to control Michael

During the last part of mission you can choose whether you prefer to pilot the helicopter as Trevor (fly slalom to become a hard target for attacks) or provide fire as Michael. I recommend the other variant, because you should take down enemy helicopters faster if you take care about them by yourself. As previously, use slow motion and don't bother about the ammunition. 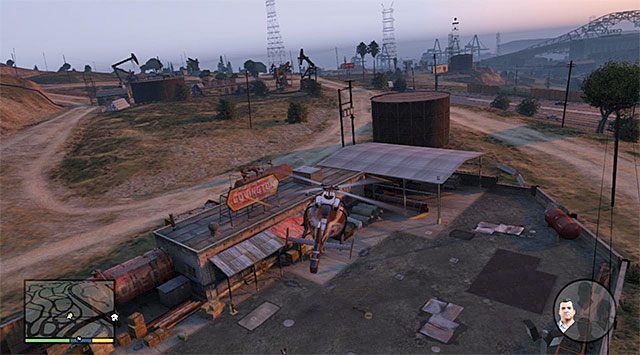 You have to defend to the moment where all enemy helicopters are destroyed. Take control over Trevor and return to you base. Place the machine carefully on the ground what ends this exciting mission.