How to unlock: you have to finish main mission 25 (Dead Man Walking). Now you can head for Michael's mansion (M letter on the map).

Additional information: It's one of the most relaxing mission which offers, first of all, possibility of taking part in Yoga classes. In the final part of this mission you'll encounter very funny cur scene about unpredicted effects of anaesthetic. 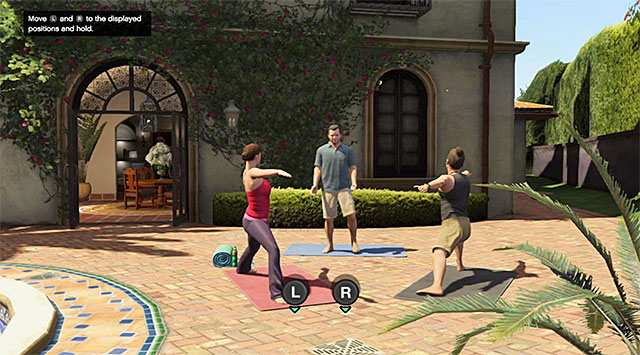 Read commands displaying on the screen

When you get to Michael's mansion, his wife will ask him to join the yoga classes conducted by Fabien. You will have to make three positions - read carefully instructions which will appear on the screen. You change your position by simultaneously leaning out the analogs. 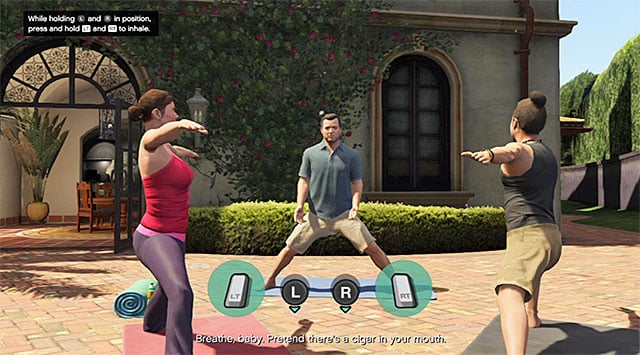 Breath in and out properly

When you change the body position, you have to make a breath in (simultaneously press both triggers) and then breath out (releasing both triggers). Continue exercises what leads to the interesting final of yoga. 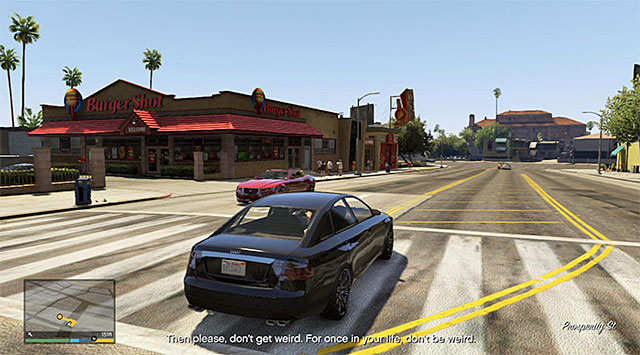 Go on the first floor and enter Jimmy's bedroom, what forces him to take a ride with Michael. Exit the mansion, enter Michael's car (Obey Tailgater) and wit for his son to join you. You can head for the Burger Shot restaurant, where Jimmy meets his buddy, who is a dealer. 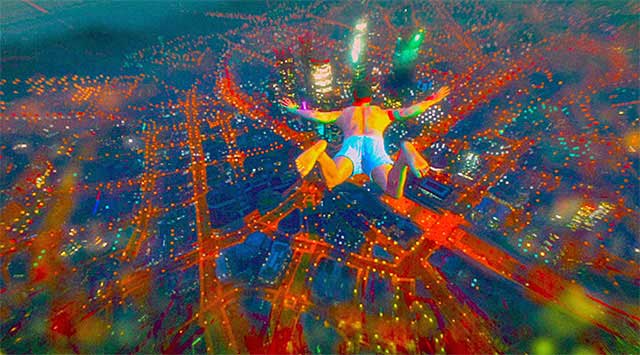 On your way back to Michael's mansion, Jimmy offers him a bought drug what causes serious (and very funny) hallucinations, which end up with a long flight (you can end it by crushing into a building). Now you just need to get to your mansion and read a letter left by Michael's wife.

Note: Performing this mission is connected with two losses, which there is no way to avoid. Michael's funds on his account will deplete by several thousand dollars, and Jimmy will also take his personal car (you will retrieve it further in the game - wait for a text message from Jimmy).