This page of the guide to Grand Theft Auto V has a walkthrough for mission 25 - Dead Man Walking. Our GTA 5 guide has information on how to infiltrate the morgue, how to retrieve the weapons, how to get out of the building and how to lose the police.

How to unlock: you have to finish main mission 22 (Fame or Shame). You can head for the observatory (B letter on the map).

Additional information: You don't have to prepare to this mission at all, because during performing it, Michael will lose all his things. As of the mission itself, it is very interesting, because it includes running away from the coroner's office and begins in the... mortuary. The last part of mission is a rather demanding, three-star chase. 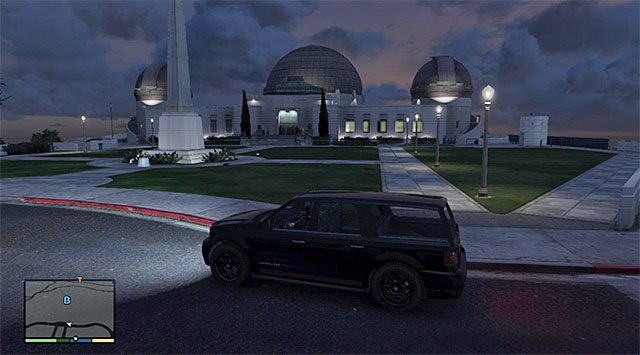 To begin this mission, you have to get to the observatory, on north from Los Santos, on the Vinewood hills. Approach the observatory from north, get out of the car and head for the vantage point, where Dave awaits (Michael's contact in FIB). Listen to the conversation about infiltration the coroner's office and verifying if Ferdinand Kerimov is dead for real. 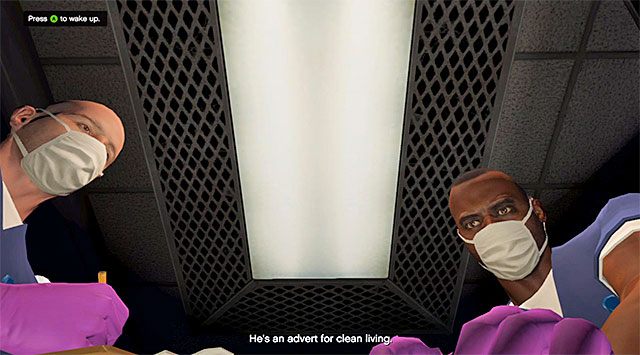 When Michaels wakes up in the mortuary, you can get up from the section table or listen to the doctors conversation. In the other case, don't wait too long, because surgeons will start to cut Michael's body what will kill him, apparently. 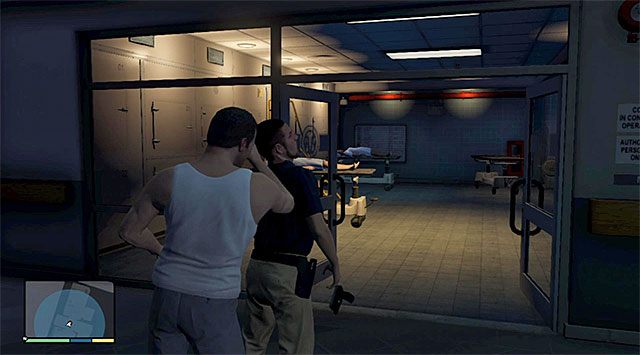 Go from behind and kill an enemy

When you regain full control, turn on the sneak mode and approach the first enemy from behind and eliminate him in melee fight. Pick up his pistol and search both bodies in the mortuary. You'll get to know, that Kerimov isn't among the dead men here. Listen to the new conversation with Dave. 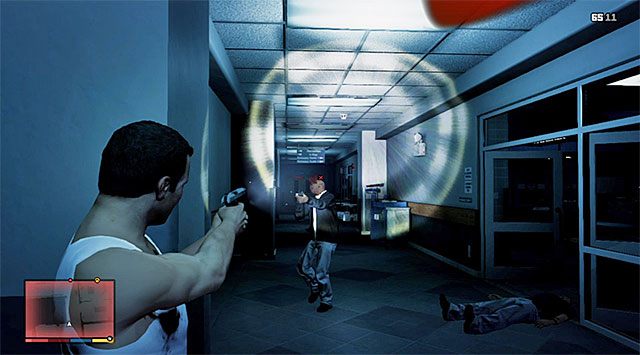 Use a slow motion

From now on, you need to take into consideration additional complications, because you'll have to eliminate hostile agents on your way to the exit. Begin from killing the person who appears in the main corridor, then head left and deal with more enemies in this area. During all those encounters, I recommend to use special Michael's ability, a slow motion, which helps you eliminate enemies with quick headshots. Don't forget also to use covers as often as you can. 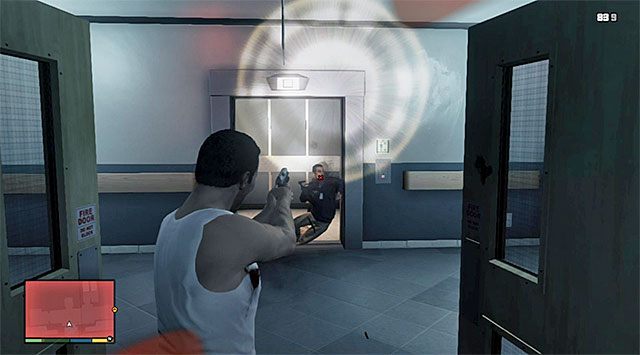 Move forward and be careful next to the reception - be read to quickly eliminate an enemy, who runs out from the nearby elevator. You can take his machine pistol. Find a med kit attached on the right wall and choose door leading to the staircase. As you can probably figure out, you meet another agent on the stairs. Enter the new corridor, kill an enemy and go right. Choose another stairs and kill another person while climbing up. 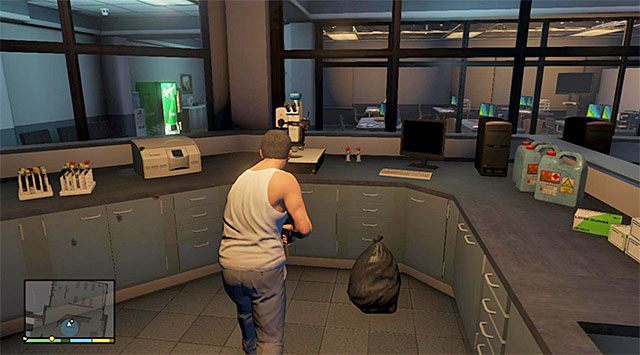 When you get to the new, big area, deal with closest enemies and be prepared for a new attack, from the direction of staircase. After fights, look around and find a black bag (screen above). Open it and collect all Michael's weapon which he has lost. 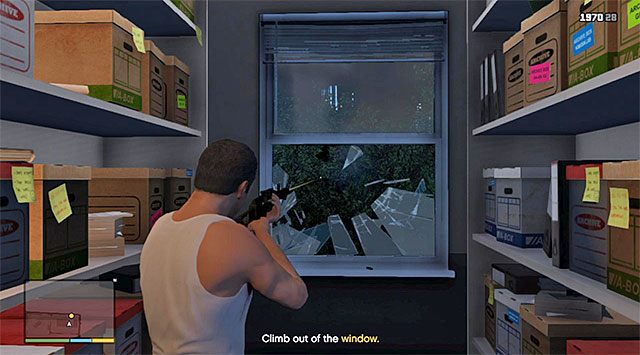 Now you can head for the archive in the corner of this location. Approach the window marked by the game and break it, so Michael can jump out through it and get out of the building. You have to act quickly, so try to break into one of nearby vehicles. 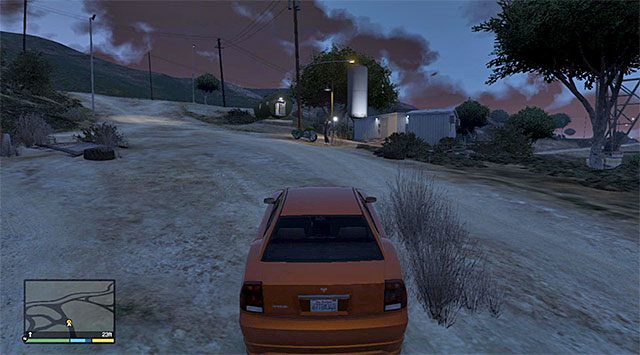 Try to leave the parking lot ASAP and get on the street, because there is a three-star chase in front of you and, as a result of it, you can be quickly surrounded. As in the previous chases, when you get away from police cars and a helicopter, you have to look for alleys, underground parking lots and places like that where you can hide. When the chase ends, wait until Michael calls Franklin and meet him on the oil field, on the east from the city centre (El Burro Heights).