This page of the guide to Grand Theft Auto V has a walkthrough for mission 24 - The Multi Target Assassination. Our GTA 5 guide will help you get prepared for the assassinations, show the locations of the 4 targets, and present the easiest ways to kill each of them.

How to unlock: you have to finish the main mission 23 (Hotel Assassination). You can head for the car wash in the Little Seoul (L letter on the map).

Additional information: This mission is very similar to the previous one reserved for Franklin, because he becomes, again, a contract killer. This time, he'll have to eliminate four targets, and three of them should be eliminated with some long range weapon, like muffled sniper rifle. As of preparations, choose some fast car, because the key to the success is a rapid moving between locations. 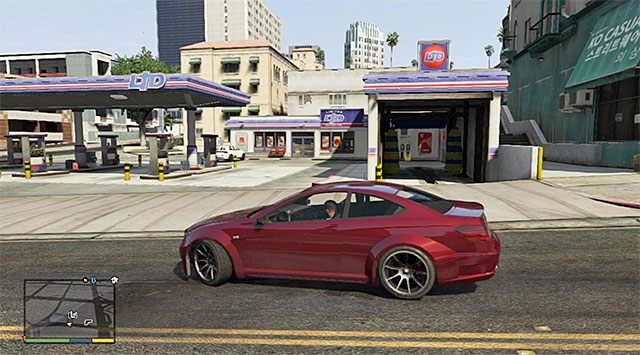 Here you begin this mission

You begin this mission nearby the car wash in Little Seoul in Los Santos. When you get there, approach the phone box and pick up a phone from Lester, who explains the details of mission. The plan is to kill four corrupted jurors in the juridical case connected with tobacco company Redwood Cigarettes. Attention - if you play on the stock exchange, consider buying shares of Debonaire Cigarettes, because it'll profit the most from those killings. 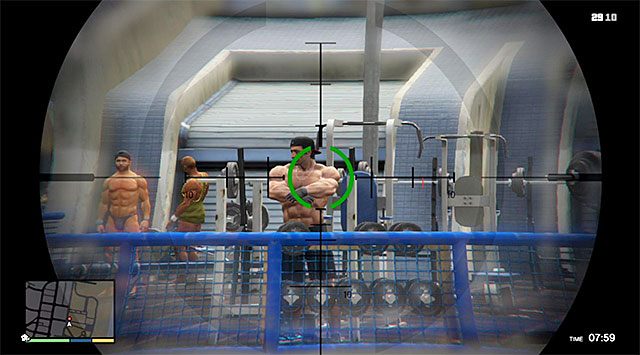 You have to eliminate four persons in 9 minutes. First corrupted one is a body-builder and can be found nearby the Vespucci Beach. Stop in a distance from the person shown on the screen above and only then fire. Following those hints, you shouldn't alarm civilians and attract police attention. 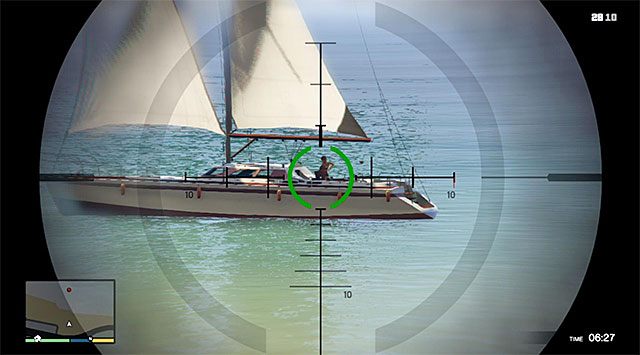 Fire from a big distance

The second juror can be found on the yacht, docked next to the Pacific Bluffs (north-west part of Los Santos). Stop the car at the shore, choose the sniper rifle and aim at the yacht. Don't worry if you kill also his girl, because it won't affect the result of this mission in a negative way. 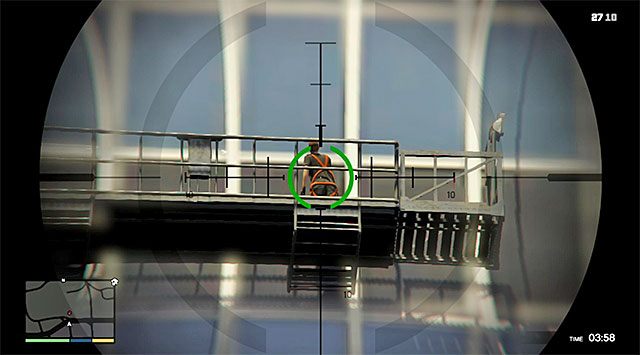 The third one, is a high-rise worked, who is in the western Vinewood, at the Elipse Medical Tower. When you get there, prepare sniper rifle, because you have to aim at the elevator shown on the screen. Kill the marked person. 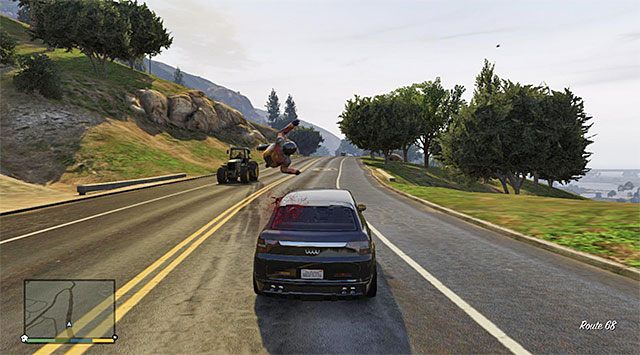 Motorcyclist can be rammed or shoot down

The last , fourth one, is, in default, on the Vinewood hills. But this assassination differs because he'll start a motorcycle trip just after you get close to him. Begin the chase and fire him down while he is riding or ram him with the car. Now you just need to listen to the new conversation with Lester.

Rewards and challenges in mission 24 - The Multi Target Assassination