How to unlock: you have to finish main mission 20 (Crystal Maze). After a while, a new mark will appear at the Trevor's trailer. It informs you that you can begin a new mission (T letter on the map).

Additional information: In the beginning, you'll need to sneak and avoid detection again, but this time sniper rifle isn't necessary - the other muffled weapons are also ok. The second part of this mission is more enjoyable and contains a long ride to Los Santos with many funny talks between Trevor and Wade. 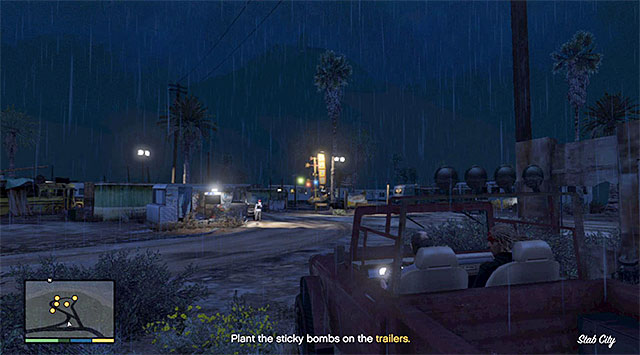 When you return to Trevor's trailer, you meet Wade. Watch a cut scene, enter the car (Canis Bodhi) and head west for the Trailer Park. When you get there, you obtain new objectives: you'll have to plant five explosives on the chosen trailers. And as you have to sneak, get out from the car and choose any gun with silencer. 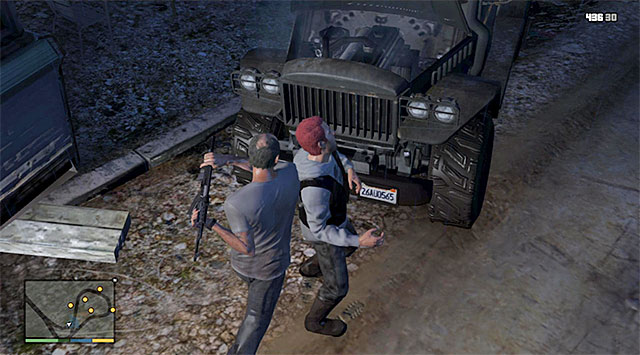 While you moving in the park, you'll notice members of The Lost MC gang. You should eliminate all of them, by attacking from behind or with muffled gun. I don't recommend to get involved in direct shootouts, because it not only makes impossible to complete this mission in 100% but also lures out new enemies out from trailers. I recommend to begin eliminating with the person working at one of the cars. 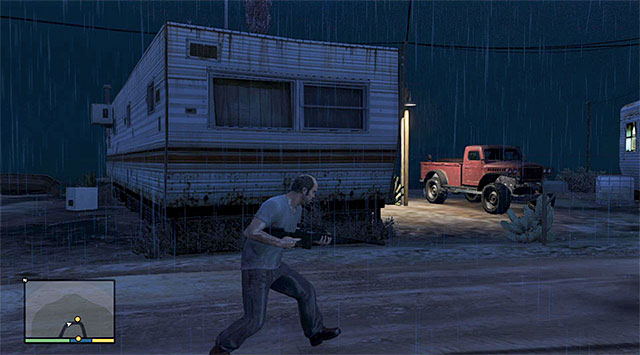 In the further part, you don't have to hurry, because it may lead to a sudden detection. What is more, if you wait a while hidden, two motorcyclists will leave the Park. Be cautious next to the pickup (screen above), because there is a poorly visible enemy nearby. Remember also to eliminate grouped enemies quickly or they will raise an alarm. 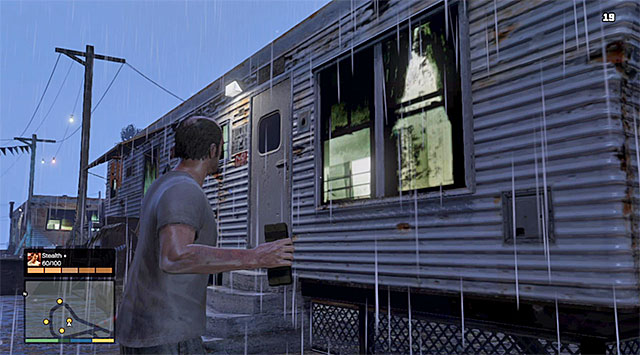 Aim at the trailer and plant bomb

You should start planting explosives after clearing the whole area. Choose Sticky Bombs from your inventory and start throwing them at the marked trailers. After that, I recommend to move back to the place from where you have begun this mission and then detonate them, so you don't get surrounded by new motorcyclists. Eliminate enemies who run out from remaining trailers. 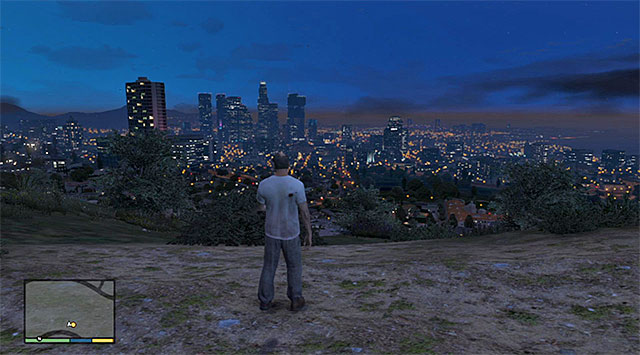 Return to Wade and begin a long journey to Los Santos. It'll be one stop during that, where you can take a look at the beautiful city panorama. Your destination is Vespucci Beach (next to the beach and pier), because it's where the Ralph's, Wade's cousin, apartment is.