How to unlock: you have to complete the main mission 19 (Trevor Philips Industries). Then you can head for the inn (C letter on the map).

Additional information: All this mission is about attacking and destroying the methamphetamine laboratory - and it's easiest to do with muffled sniper rifle. Trevor should have this weapon from one of previous main missions. But if you don't have any, I recommend to visit one of Ammu-Nation shops and buy one. 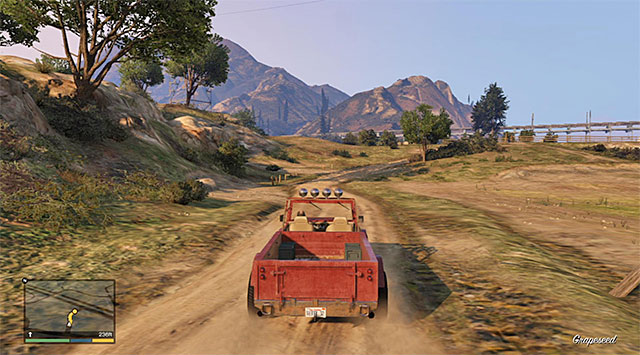 Country road to the farm

Begin from visiting the inn again to meet Mr. Cheng. When you get unsatisfying (delicately) answer, head for O'Neil brothers' farm on the north-east from the country town. When you get there, get out of the car and approach the vantage point suggested by the game to get oriented in the situation. 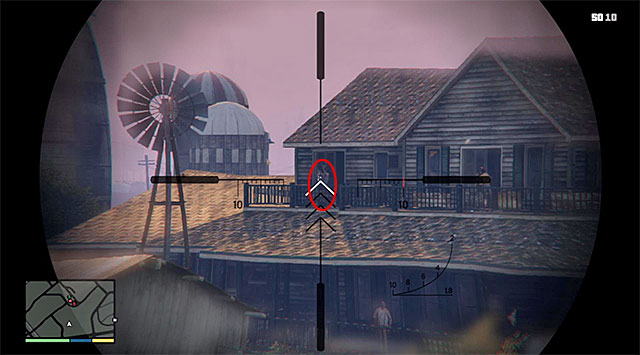 As I mentioned, sniper rifle may be very useful in this mission, because it let you clear the neighborhood without alarms and getting involved in direct shootouts. I suggest to begin from eliminating person shown on the screen above, who is looking around via the binoculars. Then, take care about enemies at the upper balconies and set up next to the shutters. 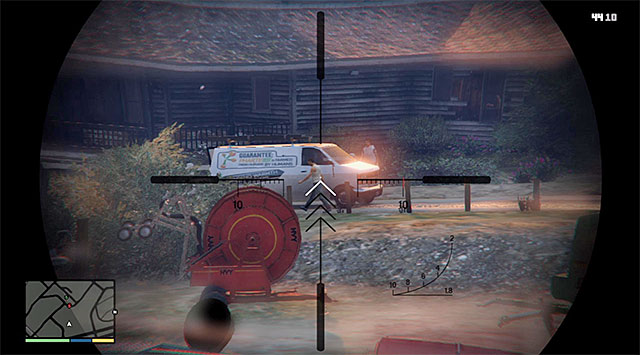 Enemies placed on the bottom should leave soon in a white van - so you can let them do it or kill them earlier. At the very end focus on two persons set up next to the shed. If you don't want to raise an alarm, kill those enemies one after another. 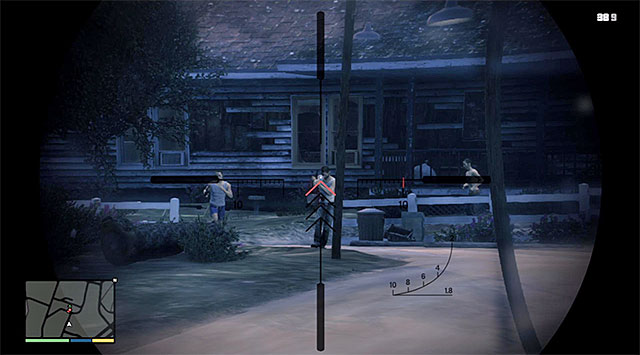 Wait until enemies run out from the building and kill them

If you followed my hints related with killing enemies, you'll have only those inside the building to deal with. You can still use your sniper rifle, but that will alarm enemies in this moment. The simplification is a fact, that they don't have your firepower and they'll die, mostly, before you got into their range. Other interesting variants of behavior is to throw grenades through the window or just get inside the building and begin the slaughter with, for example, a shotgun. 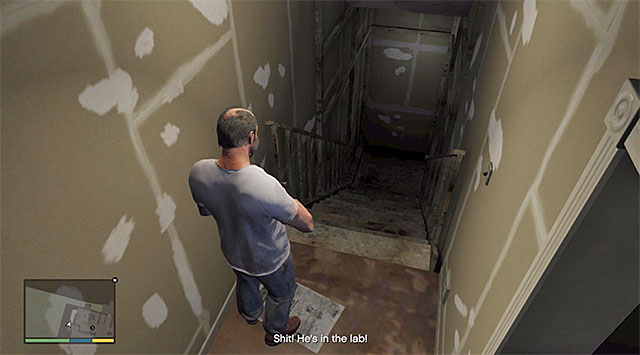 When you secure the whole building, find stairs leading to the basement and eliminate the last enemy there (don't get tricked, he is armed and he'll pull the gun out in the very last moment). You can pick up a gas canister. 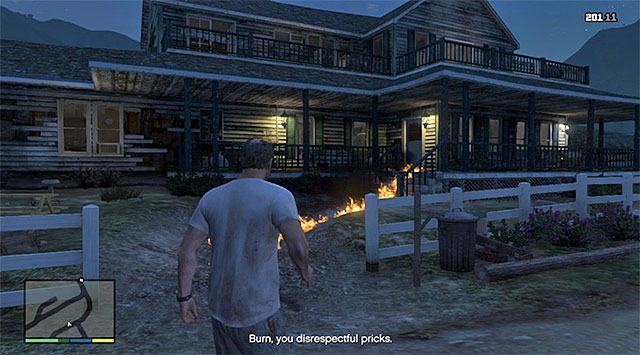 Firing at the gas traces causes a fire

The final part of this mission is only a pleasure. Start pouring out the gas from the canister moving outside the building. Drop the canister and aim at the gas traces on the ground - when you fire at that, the fire starts spreading out. The last thing you have to do is to move away from this place.