Location: The motel at Route 68 to the South-West of Sandy Shores (central part of the map). 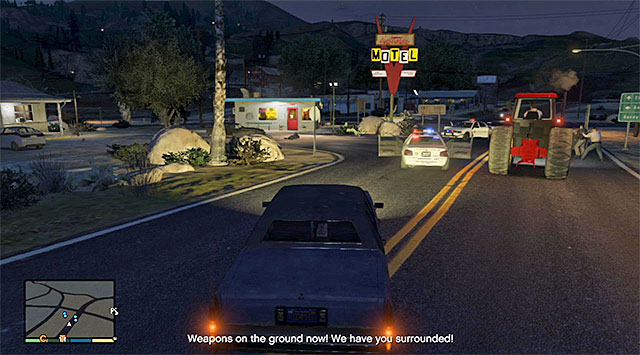 You can kill either the policemen or the robbers

Stop near the motel where there is a heated fire exchange. You can behave here in two different ways. Variant one assumes that you help the robbers and eliminate all of the attacking policemen. The reward in this case, is 5000 dollars. Variant two assumes that you attack the robbers, or wait until they are killed by the law enforcers. Collect the two briefcases dropped by the bandits, to get richer by 10000 dollars. In both cases, you will have to lose a police pursuit towards the end (a two- or three-star pursuit)