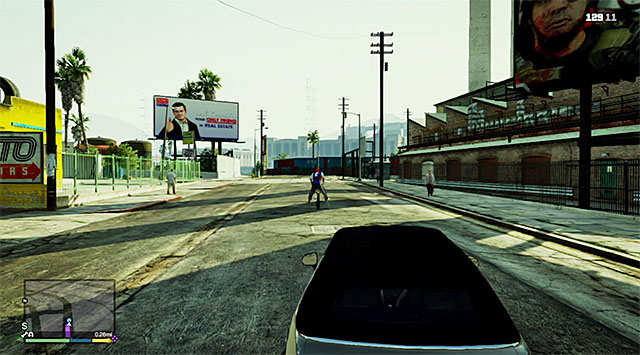 This event activates in two different places in the game world, and it is always the same in its course. You should hear a cry from a person whose bicycle has been stolen. Catch up with the thief (best with a fast means of transport) and knock the bike or shoot/kill the thief. Get onto the bike and return it to the owner.

Location: Little Bighorn Avenue in the Rancho district in the South-Eastern part of Los Santos.

Location: Bridge Street in the Hawick district, in the North-Eastern part of Los Santos.