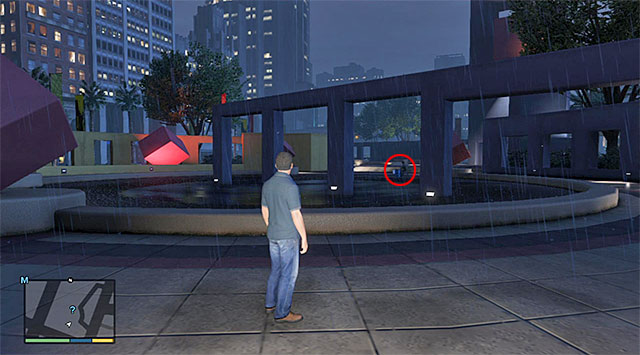 Location: You need to reach the Legion Square located in central Los Santos and talk to Barry, who is gathering signatures under the proposal to legalize marihuana (the above screenshot). 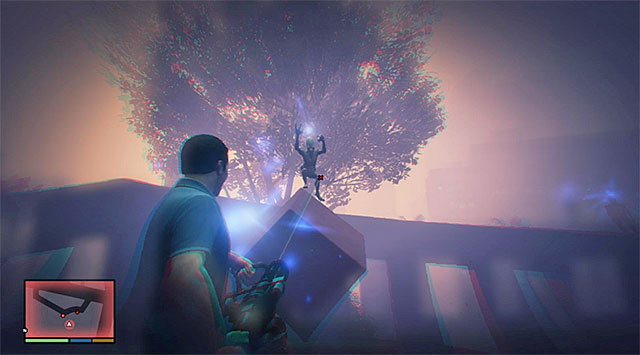 You are going to play a very hilarious mission, because, due to smoking a specific variation of marihuana, Michael will be experiencing serious hallucinations, whose effect is the appearance of hostile creatures. Use the minigun to eliminate these creatures and pay attention especially to the creatures appearing on ledges above Michael. 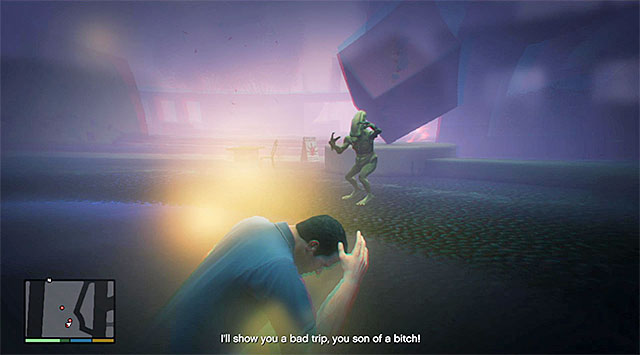 After you are grabbed, you need to liberate yourself quickly

If it happens that Michael is grabbed by one of the aliens, you need to follow the game's suggestion and move the left analog stick sideways in order to free yourself. Continue fighting until the hallucinations wear off.