This page of the guide to Grand Theft Auto V has a walkthrough for mission 16 - The Jewel Store Job - the smart variant. Our GTA 5 guide will teach you how to use gas grenades inside the jewel store as well as how to escape using the bike and the truck.

The first heist can be done in a different way - you can choose the loud variant. We have discussed it on a separate page.

Way to unlock: You need to finish two main missions - 14 (Bugstars Equipment) and 15 (BZ Gas Grenades). This mission will start automatically, right after you complete both of these missions.

Additional information: In spite of what it may seem, this mission is not too difficult, assuming that you have hired specialists, thanks to which, all of the actions will be performed infallibly and with clockwork precision. During this mission, you will be cutting between Franklin and Michael on a regular basis, to allow for the use of their respective skills as well possible. 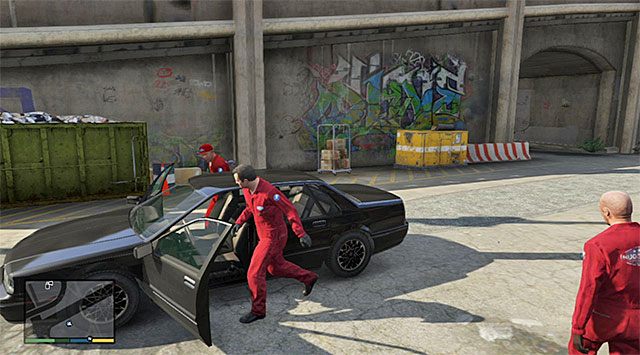 The game will start a cutscene and start the mission right after the second one of the missions, preceding the heist itself, is completed. After you will gain control over Michael walk outside of the building, get into the sedan (Albany Primo) and wait for Franklin to join you. You can now go towards the entrance to the building site at the back of the jewel store, which you have seen during one of the previous missions. 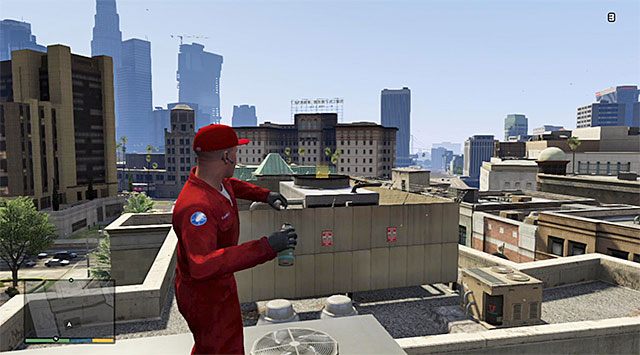 Soon, you will cut to Franklin. Enter the building, climb up the stairs and use the ladders to the rooftop. You now need to reach the "vantage point", which you have been using during one of the previous missions to a take picture of the ventilation system. Stand in the spot shown in the screenshot, select the BZ Gas grenades from your inventory and try throwing them into one of the slots in the air conditioner. Do not worry if you miss your target first time around because, in total, you have five grenades and just as many attempts. 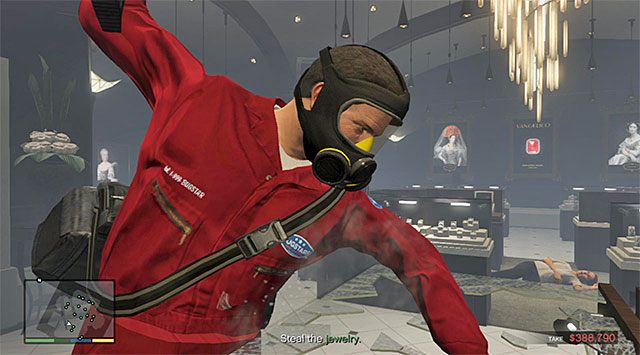 Keep stealing jewels from one display case after another

A successful throw will result in gassing of the people that are currently staying in the store. This is when the game will, automatically, cut back to Michael. Focus on collecting the jewels only, from the cases marked in green. If you have hired a good hacker, you will have 90 seconds. You should have no problems collecting jewels from all of the cases. 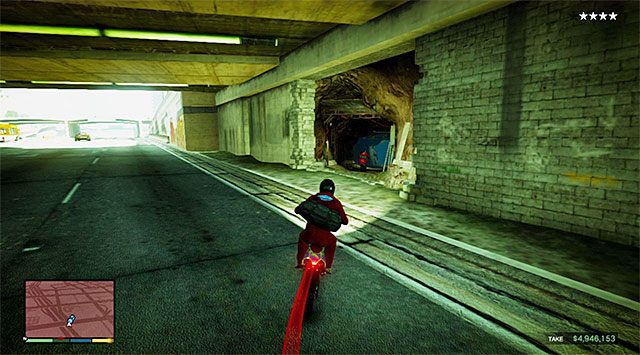 Leave the store and, after you watch a short cutscene, start escaping on a dirt bike (Maibatsu Sanchez), after having cut back to Franklin. Follow the remaining two bikers, do not worry too much about the four-start pursuit. Of course, do not forget about Franklin's special skill, which will allow you to avoid bumping into the other vehicles on the road, and take sharp turns without any problems. Jump down to the highway and enter the tunnel mouth shown in the screenshot.

Note- If you have selected a weak gunman, he may crash at the tunnel's mouth. If this happens, make sure that you collect the bag with cash that he dropped. 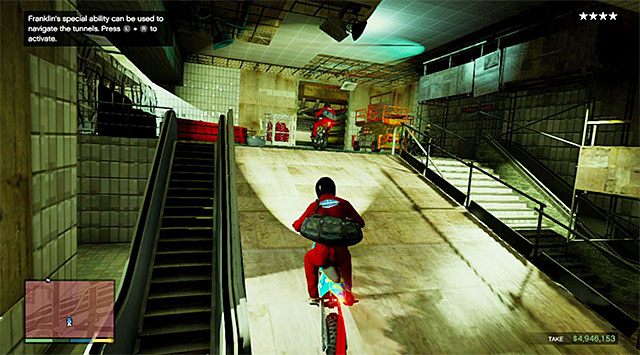 During your ride along the tunnels, make a frequent use of Franklin's special skill, especially that you will often have to take the narrow passages. Listen to the comments of the others, who will be informing you of was of further escape. This part of the mission will conclude after you get out of the sewers. 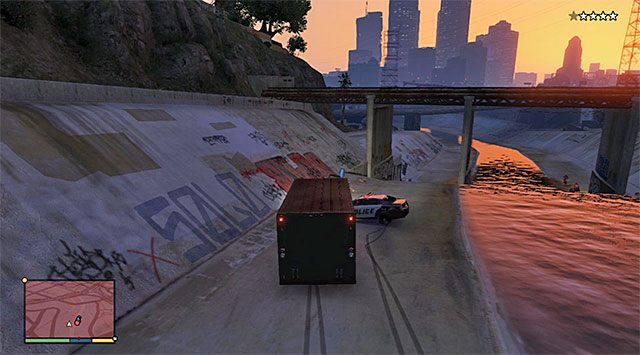 Soon, you will cut to controlling Michael who is driving the van (Vapid Benson). Your new task is to protect the escaping bikers but, you do not need to use your weapons to do that, you can simply keep pushing the squad cars off the route (the above screenshot). At the same time, try and remain within a short distance of your fellows and react quickly to new threats. 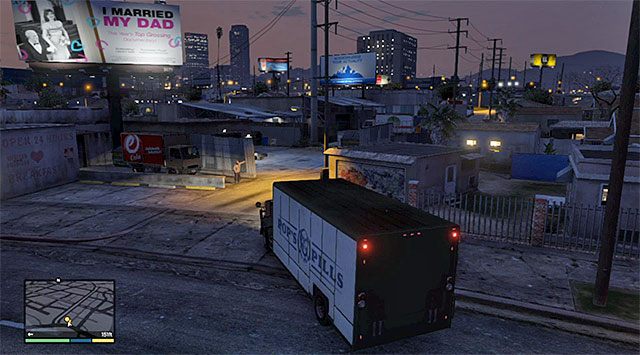 The location where the mission ends

After you have got rid of all the police cars, park the van in the place marked by the game and wait for all of the bikers to ride inside the van. The only thing left to do for you is watch the final cutscene and get acquainted with the results of the heist.