Way to unlock: You need to complete Main mission 11 (Casing the Jewel Store) and decide on the Loud variant of the heist. After you receive a message from Lester, there will appear the Hs symbol on the world map, which symbolizes the police SUV driving all around Los Santos.

Additional information: The one thing that sets this mission apart from the others is that its starting point is not an immovable point. When it comes to the premises, it consists of two parts - seizing the police SUV and losing the pursuit. I recommend that you consider preparing for this mission by purchasing an armor and a good automatic weapon but, if you try hard enough, you can do just as well using a pistol only. 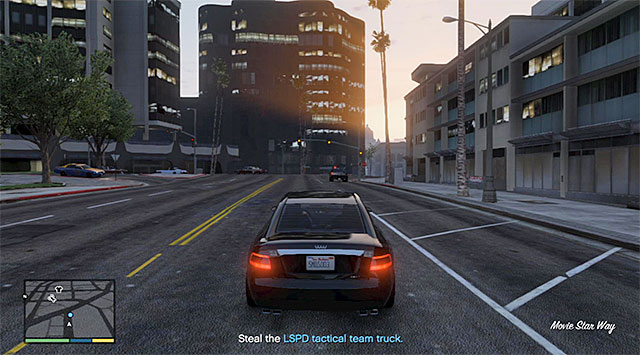 To start this mission, you need to come close to the police SUV riding all around Los Santos. The mission will start automatically when you come close enough to the vehicle, which you will have to steal. 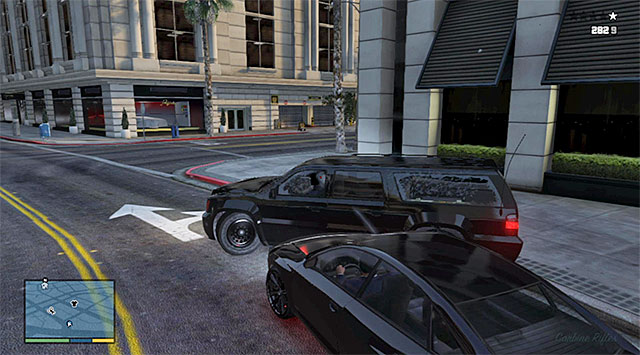 Lay surprise fire on the policemen

Do not hope to be able to attack the SUV once it stops for the lights, because it ignores them and stops nowhere. As a result, I recommend that you lay fire on the vehicle and try targeting the driver straight away, or deal with the passengers first. 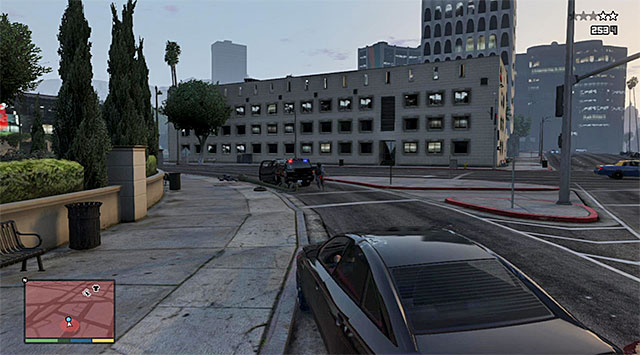 Take your time and do not hurry to seize the SUV because it comes with a full set of enforcers who are, additionally, equipped with good automatic weapon. If the car stops, then you should get away from it or lay continuous fire on it, to render the enemies incapable of starting fire. Seize the police (the FIB) car only after you eliminate all of the people who travelled on it. 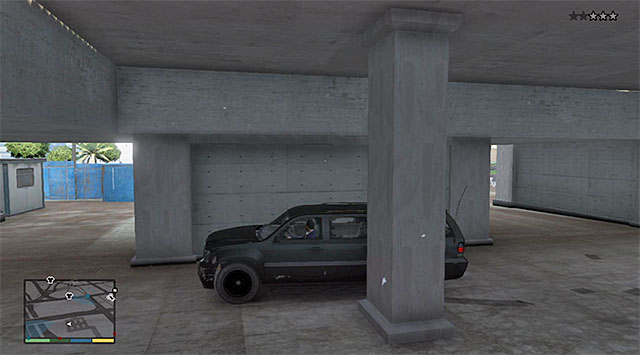 As you have probably guessed, you now need to escape the police pursuit (three stars). During the attempts to lose the tail, remember that a SUV is not as maneuverable as a squad car, which you should keep in mind especially while steering along narrow alleys. Because also a police chopper takes part in the pursuit, it is a good idea to hide in some roofed location (the above screenshot) After the pursuit ends, drive up, on the stolen SUV, to Lester's plant and park under the bridge.