Way to unlock: You need to complete Main mission 10 (Friend Request). You can now go to the to the garment plant where Lester is staying (letter L on the world map).

Additional information: This mission performs the role of your preparation for the first big heist, where the target is the jewel store. Your first task will be to check out the store's security system. It is the final part that is most important, though, because you will have to determine the plan of the heist and which people are going to take part in it.

NOTE: Towards the end of this mission, you will have to make a decision concerning how you want to play the heist out. The choice itself is going to have bearing both on the heist itself, and on the preparatory missions that precede it. I strongly recommend that you save the game before you start this mission! 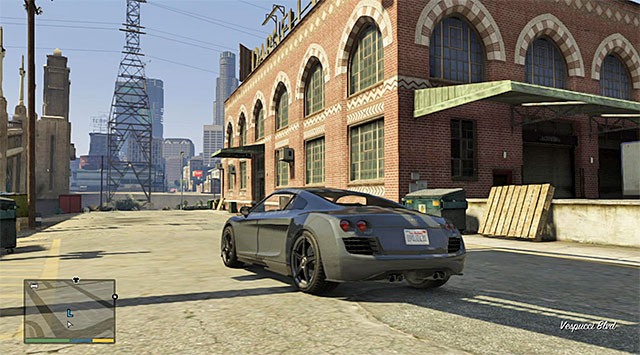 Before you set out to this mission's starting point, make sure that Michael is wearing a suit (this is requisite, e.g. if you haven't changed since the completion of the previous mission). Fortunately, you do not need to go shopping because it is enough to return to Michael's estate and open the wardrobe to choose one of the suits. The point that you need to get to is the garment plant in the La Mesa district that serves as Lester's command center. Once you get here, talk to Lester to learn about the idea to rob a local jewel store - Vangelico. 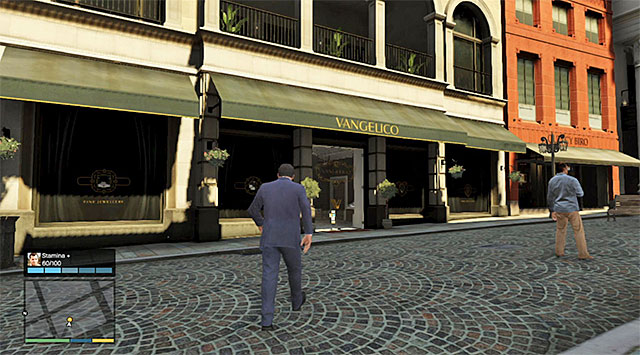 Exit the building , get in Michael's car (Obey Tailgater) and drive towards the jewel store located to the North-west of the plant in the Rockford Hills district. After you get into the marked area, get out of the car and walk into the alley between buildings, to the store's entrance. 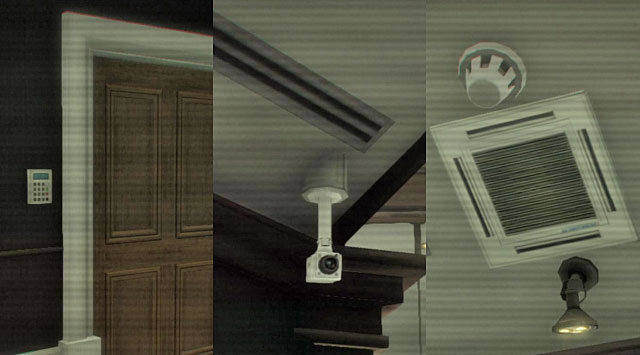 You now need to use glasses fitted with camera, to take a picture of three different elements of the store's security system. They have been shown in the above screenshot; and they are the alarm system, the camera and the ventilation system. After you have taken the pictures, talk to the salesman and return to your car, where there is Lester waiting for you. 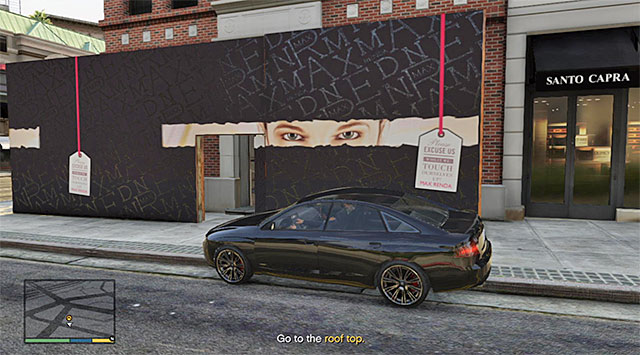 The next step is to take a better look on the ventilation system and to do so, you need to make it onto the rooftop. You should be able to locate here the entrance to the area where construction works are taking place (the above screenshot). Park your car, get inside and climb up the stairs. 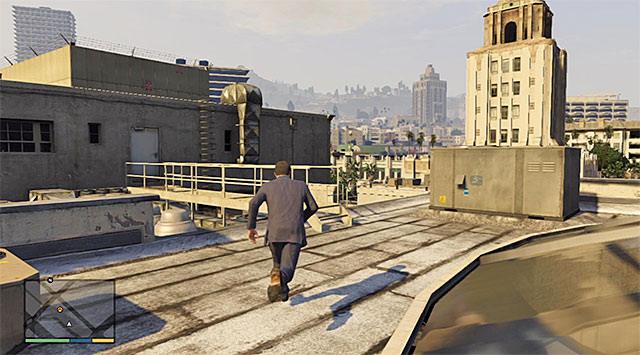 You need to reach the opposite end of the roof

Climb up the two ladders and, after you are there, go right. Try climbing onto the portion of the roof located higher, although this will turn out to be insufficient to examine the store's ventilation system. As a result, go towards the Northeastern part of the roof and jump over the obstacles in your way, like low walls, and climb the ladder. The point you need to get to is the vantage point marked by the game. 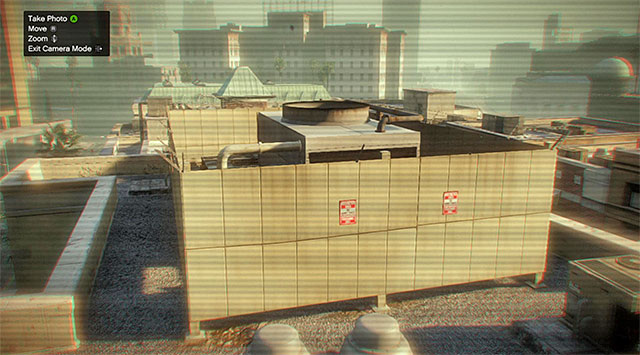 Turn on the camera in the glasses again. You need to target and take a picture of the ventilation system shown in the screenshot. You can now return downstairs, while keeping all precautions. Get into the car and return, with Lester, to the command center, i.e. to the garment plant. 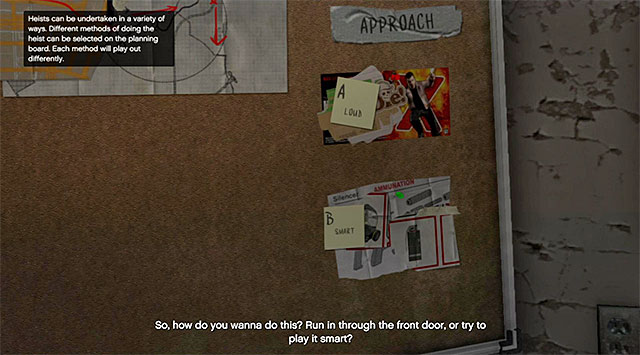 The moment when you choose your modus operandi

The last part of the mission is planning the heist itself, and this is the most important part because you will have to make a key choice. You need to decide whether you want to go for the Loud or for the Smart variant. Each one of the variants has its own preparatory missions and they also slightly differ in terms of the course of the heist itself. The decision is yours and, both of the variants have been given a detailed description below. 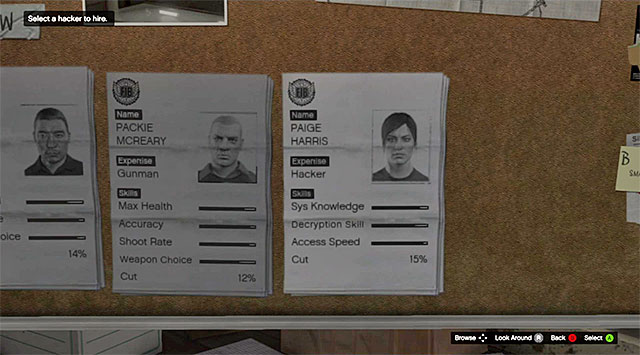 You need to determine who is going to be the driver, the sharpshooter and the hacker

Towards the end, Lester will make you select the accomplices for the heist (not counting Franklin and Michael). In this case, you need to determine if you want to save up a bit and select rookies in each of the specialties (driver, gunman, hacker) or maybe to go with specialists who will demand a larger interest in the loot. You can easily select the weakest candidates i.e. who want the smallest share in the profit. Their participation in the heist will, in no way, compromise the mission's success and, thanks to the fact that you select them, the protagonists will receive more cash.