Way to unlock: You need to complete Main mission 8 (Marriage Counseling). You can now go to Michael's house (the letter M on the world map).

Additional information: During this mission, you will get acquainted with several new elements of the game, namely with the use of bicycles, and jet skis, as well as swimming and diving. This mission is not too difficult, and allows you to meet Michael's (unattended) offspring. 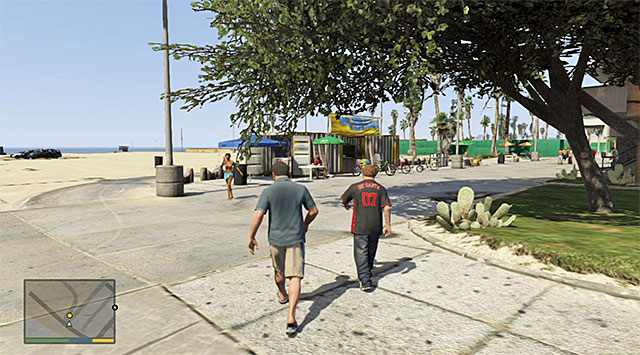 After you reach Michael's estate, the game will play a cutscene of the quarrel with Jimmy, with quite a violent ending to it. Michael and Jimmy will, eventually, stick with the idea of having a bike ride together. Exit the estate and get into Michael's car (Obey Tailgater) and go towards the Vespucci Beach. After you get there, get out of the car and go to the bike rental stand. 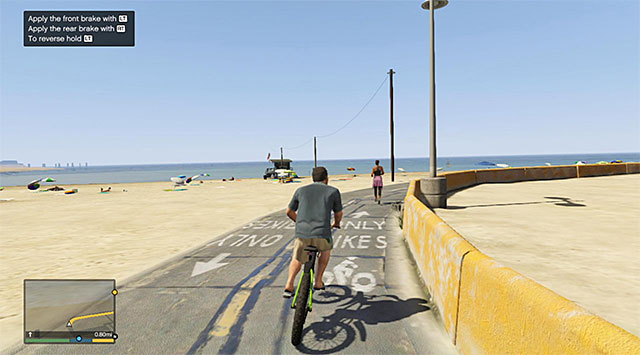 Remain on the path during the race

Select any bike and start a race, with the finish line at the end of the pier. It may take you some time to learn the basis (you pedal by tapping on the jump button) although, the game will display for you all of the buttons that are active for the ride. It is quite facilitation that, due to his low fitness, is not going to move too fast. Ride along the route towards the pier, where the race ends. The game will start another cutscene concerning Tracy. 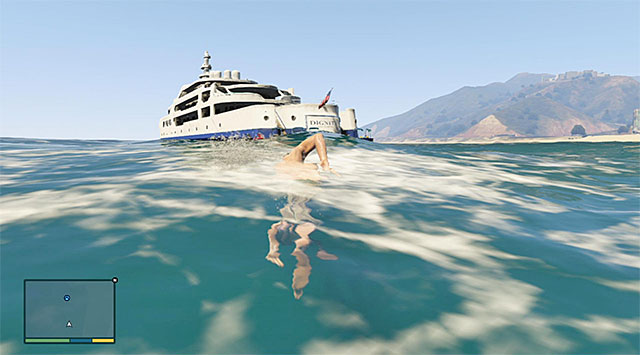 Try not to lose time while trying to reach the yacht

Start running towards the pier's edge and press the button that the game prompts you to, at the right moment. This way you will bounce off the ground and jump into water. Michael will dive into the ocean but, it would be good if you resurface as quickly as possible and start swimming towards the yacht that you can see in the distance (remember to keep tapping the action button rhythmically to swim faster). After you reach the yacht, climb aboard and watch another cutscene. 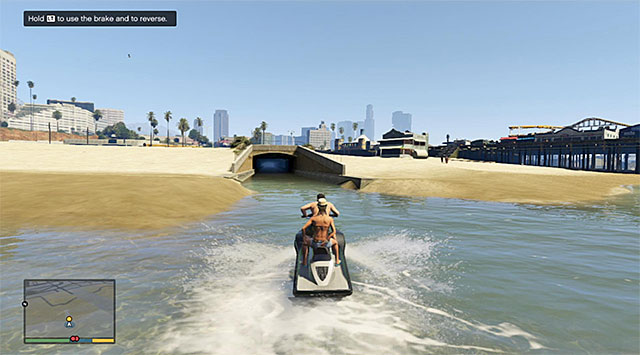 Start escaping on the ski jet with steering into the nearby tunnel.

You now will have to take a new chase scene, where you will be using the ski jet (Speedophile Seashark). Steer towards the tunnel that Tracy points you to. During this chase, try not to release the acceleration button/trigger, and perform tighter turns if necessary, basing on the instructions displayed on the screen (by pressing an additional button). 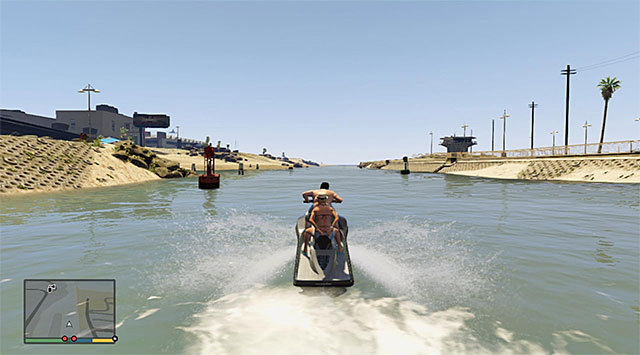 Keep steering ahead and do not waste time to explore side-branches, because they will lead you nowhere, initially. The ski jets chasing Michael and Tracy should give in somewhere around the area shown in the above screenshot. The only thing left for you to do is return to the beach neighboring the pier, with Jimmy waiting in it. Steer into the deep sea and go north. Stop the jet ski in the marked area, which will conclude this mission.