1 – Gun store Ammu-Nation in which there is also a shooting range, where you can practice your shooting skills.

2 – A gun store Ammu-Nation, in which there is also a shooting range, where you can practice your shooting skills.

Ammu-Nation shops are known from previous parts of Grand Theft Auto series. This time, every gun can be modified in various ways: you can add a muffler, flashlight, increase a size of clip or change the weapon color. 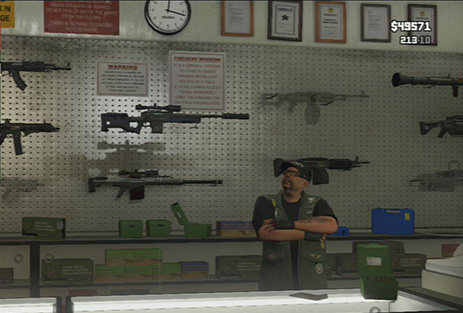 What is more, some Ammu-Nation shops offer also a Shooting Range. There you can not also check your freshly bought weapons, but also take part in available challenges. They are not too complicated - you just have to fire at the appearing targets, but every next challenge is more difficult. 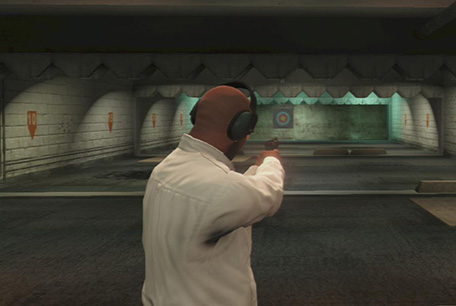 Time you spend on the Shooting Range won't be wasted, because it increases your firing skill. The longer you train, the better you fire.