This section of the Grand Theft Auto V game guide describes a detailed description of Michael - one of the three playable characters in the game. You learn about Franklin's abilities in GTA V and what are the unique gameplay elements reserved for him. 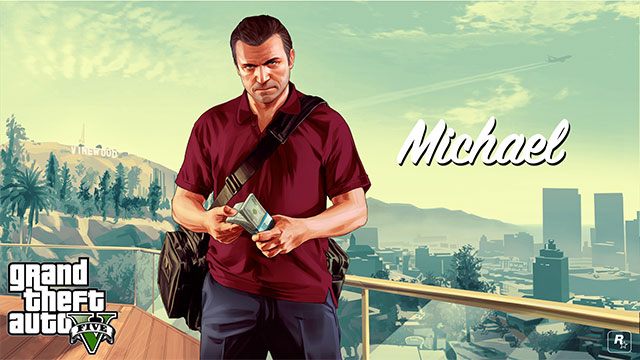 Michael is the mastermind that plans every bigger heist

Michael is a former robber in his forties, who cut a deal with federal government and became a crown witness. After changing his personals, he was put in one of the luxurious districts of Los Santos. Since Michael's relations with his wife and children are bad, to put it mildly, he wants to come back to his previous occupation and attain self-realization in what he is best at.

Specialty: Michael is responsible for organizing and planning on heists throughout the game. When it comes to more practical side of his abilities, he is perfect at handling firearms although, whenever necessary, he can also be effective fighting from hiding. 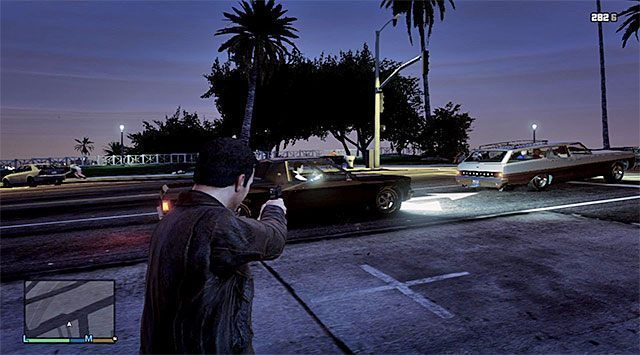 Special skill: Michael's special skill is the ability to slow down time during fire exchange (a typical bullet-time known from many shooters). This, of course, helps you target and eliminate enemies efficiently.

Game elements reserved for this character: Because Michael is subject to the crown witness protection program, he has access to side missions that he performs for the FIB (Federal Investigation Bureau; the in-game counterpart of the actual FBI).