God of War: Ascension guide contains a single player walkthrough with advices concerning fighting enemies, especially bosses and first encounters with particular enemies. What is more, you'll find here a location of Gorgon Eyes and Phoenix Feathers which allow you to upgrade your mana and HP up to the maximum level. The ones who want strengthen hero even more will read also about red chests containing weapon upgrades.

In this guide you find also separate chapters dedicated for artifacts, destroyed chests Gorgon Eyes and Phoenix Feathers. Artifacts diversify the play after finishing single player for the first time. Destroyed chests provide you with red orbs and money, while Gorgon Eyes and Phoenix Feathers will let you upgrade mana and health up to the maximum level. 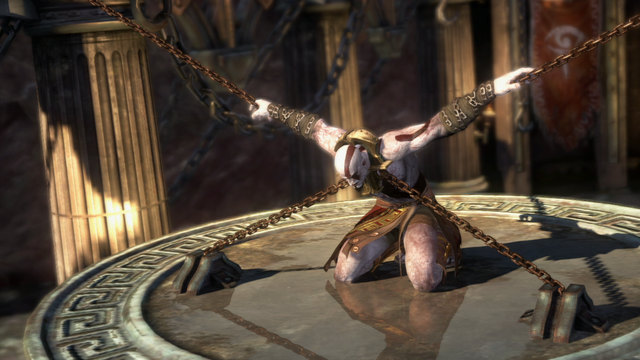 Colors used in this guide: 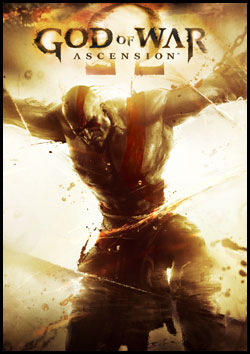 Vengeance is born in the fires of betrayal in this prequel to the best-selling God of War® franchise. Six months have passed since Kratos stood over the bodies of his wife and child, his hands stained with their blood - tricked by Ares into murdering the only people he ever loved. Swearing to avenge them, Kratos broke the blood oath that bound him to Ares, but oaths to Olympus are not so easily broken...

Sentenced to an eternity chained within a prison for the living damned, Kratos battles insanity at the hands of the Furies. He will be tested as he seeks freedom, redemption for his sins, and the clarity to avenge his family.

Multiplayer comes to God of War® for the first time. Take the epic God of War® combat online with 8-player objective-based combat.

Align yourself to Zeus, Ares, Poseidon, or Hades and earn their Favor to unlock new customization options for your multiplayer Gladiator.

Experience Kratos' quest for freedom from the very beginning with an epic new single-player story.

New combat and puzzle mechanics build on the award-winning God of War® gameplay.