Gloomwood is still under development. Nevertheless, the current state of the project allowed the authors to prepare a demo and an Early Access version. On this page of our guide, we list the contents of the Early Access version, such as how many levels are available, possible game modes, mechanics and equipment that you employ during the gameplay. 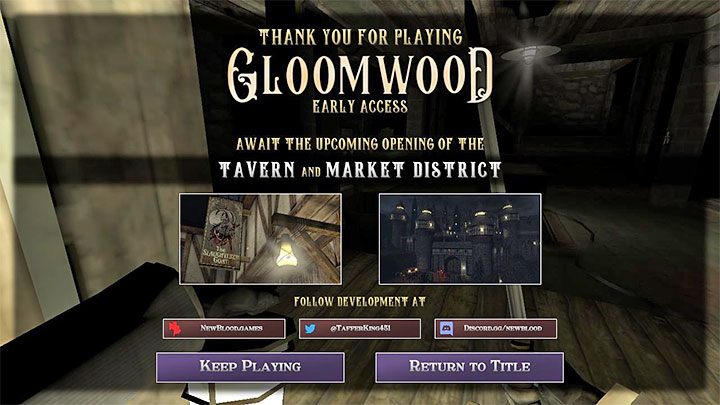 Gloomwood was released in Early Access on September 6, 2022 - the current version of the game is 0.1.214. The authors inform that the game will remain in Early Access for about 1-2 years before the final version is released.

The Early Access version doesn't offer a lot of content, unfortunately . Standard playthrough lasts about 2.5 - 3 hours, while 100% completion will take about 5 hours. The amount of time needed to complete the early access version is discussed in more detail on the Game Length page. 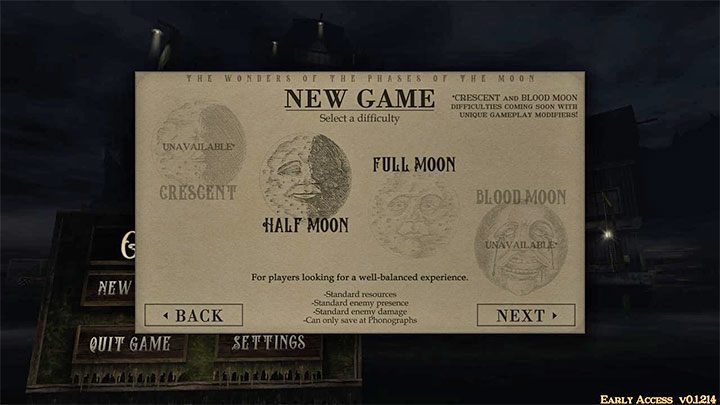 The Early Access version allows you to start a new playthrough and consists of 3 initial levels (in the order they are played in the campaign). .

You cannot choose between all difficulty levels . There are only 2 middle levels available - Normal (Half Moon) and High (Full Moon). On normal, you can experience the available content without major setbacks. If you are looking for the maximum challenge, unfortunately you have to wait for the next updates that will unlock the highest difficulty level (Blood Moon) and difficulty level modifiers (Modifiers). 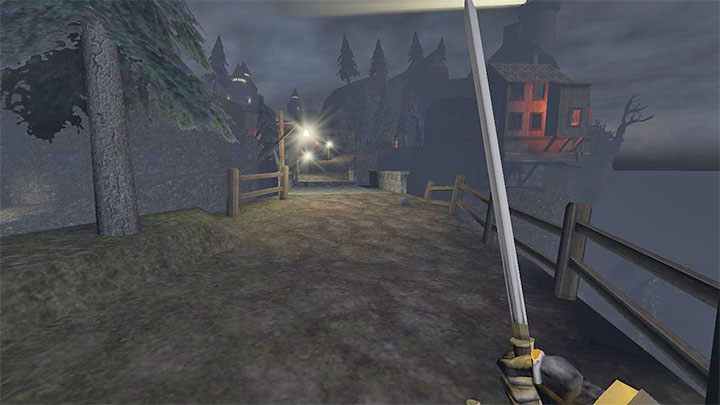 Unfortunately, the number of available stages in the early access version is very limited - there are only 3 initial levels available , but be ready that you'll spend 1 hour in each one. The available locations are: 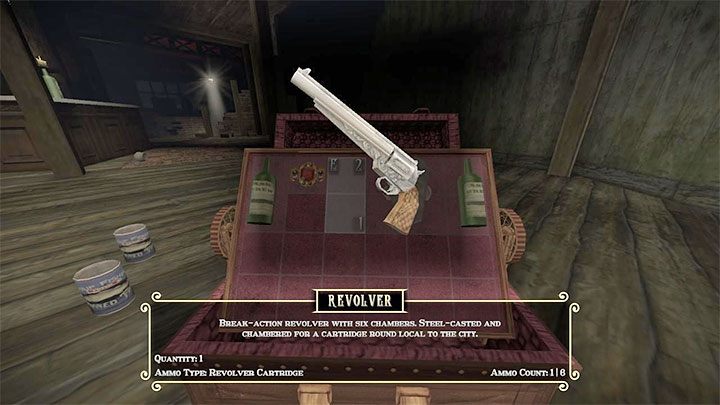 In the Early Access Edition, you receive access to all of the hero's moveset . Learning some of it is a part of the tutorial (taking place at the start Croup's Fishery), and during it, you get your suitcase (serving as the inventory and journal) and Canesword (a melee weapon that allows combat and assassinations)

The Early Access version also allows you to try out almost every main category of firearm - a revolver, a silenced pistol, and a shotgun. The rifle is not available yet, and will probably be introduced with futher updates.

During the levels, you can collect valuables and loot, but there isn't any reason for gathering them i.e. there isn't a store or fence to whom you could sell it.

The variety of opponents in the early access version is small . For the vast majority of the game, you'll encounter "ordinary" guards equipped with firearms or melee weapons. The only variety appears in caves, where you encounter mutated dogs.

No closed captions option appears in the Early Access version. Nevertheless, guard dialogue has already been implemented, and you can listen to it to e.g. get valuable tips, but this requires some knowledge of English (currently only available language - other languages will appear in the future).