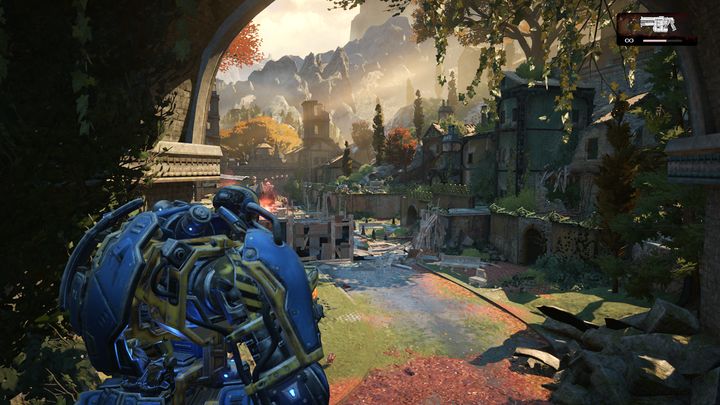 The Mech is very powerful, but not indestructible.

You will begin the act by travelling straight to the hive in a large Mech. The robots move the same way as players do, they can dodge and run. Remember, just because you have a huge Mech, does not mean you are indestructible. 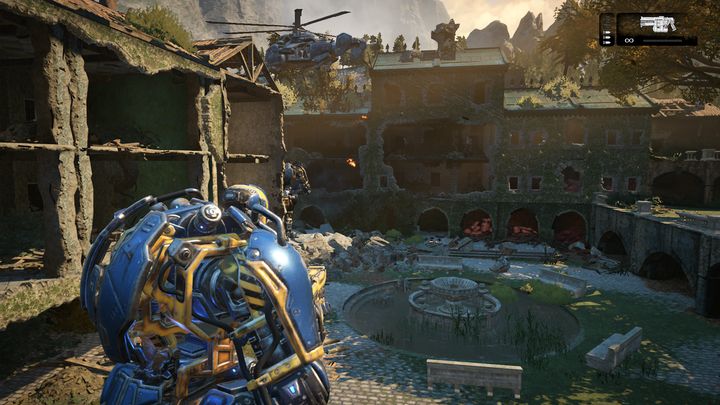 You have to take down enemies as fast as you can.

Be careful when you approach the dam. Take down the enemies who occupy its two sides, as if they both focus fire on you from your two flanks, you can be in deep trouble. When another Carrier appears, press the Shift button, to call in air support. 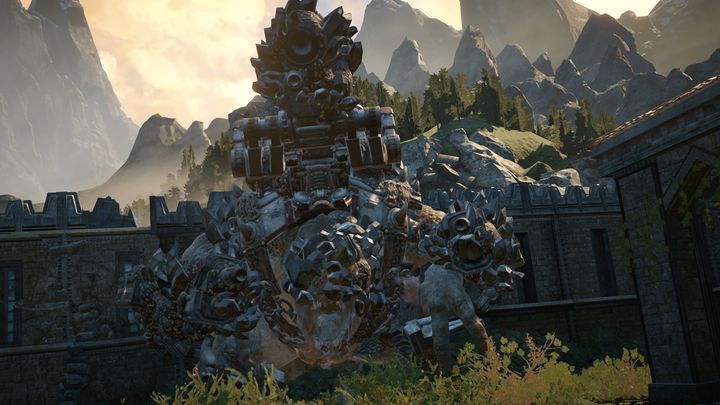 Fighting the Swarmak mainly revolves around avoiding its attacks.

Another Snatcher will appear on the roof. It is also worth it to use helicopter missiles on him. After you defeat the rest of the enemies, continue advancing, until you get info that a large Swarm attack force is headed your way. On your way you will still encounter several Snatchers and Carriers, but the rockets will one-shot them all.

When you go over the bridge, you will have to fight a Swarmak, an enemy that you have fought once before. Be careful and stick to cover, so that he cannot continuously fire on you. In this case, houses will be the best form of cover. Keep calling in helicopter support, so that the segment on the Swarmak's body start glowing. Then, a combined attack from the helicopter and your Mech could be enough to finish off your enemy. 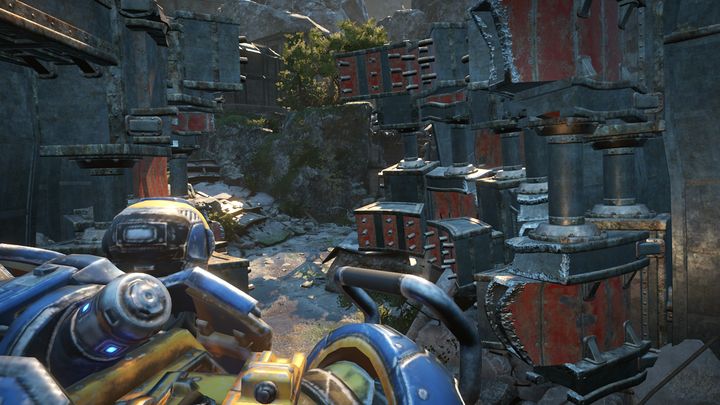 Past this moment you will encounter the final enemy in your way.

Now, the only enemies in your way will practically be Snatchers and Carriers. You have to hide behind obstacles and mark them for the helicopter, which can take them down with ease. Just be mindful of the supply of rockets that are currently available to you.

At a certain point you will have to drag a part of a huge cogwheel to the side, so that you can keep advancing.

The last fight with another Swarmak is all that remains now. Use the same strategy as before. Shoot with the helicopter rockets all the time, stick to cover, and when the body segments of the beast are vulnerable, use all you can to try to destroy them. When you vanquish your foe, the act will end.