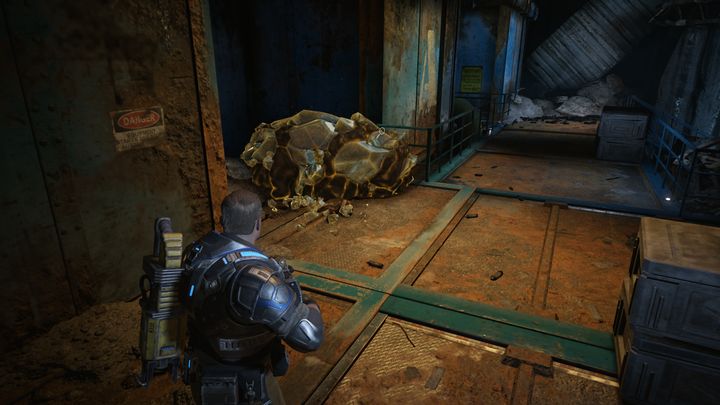 Info about picking up the item will appear after the interaction with the crystal.

Keep following the trail, until you reach a lever that you will have to pull. After going through the newly open door, you will see a closet on the left. You can resupply there, if you need anything. Keep going forwards and after some time a cutscene will appear. When the cutscene ends you will be able to locate the first collectible of this chapter. Keep going left, and after you go down through the first set of stairs you should find a large crystal. This will be the newest item in your collection.

Continue descending, and after you jump off the stairs the first enemies will appear, but nothing that you have not dealt with in the past. After defeating the first wave, new enemy units will attack you. One of them will have a Gatling gun, and the other will shoot flying grenades. It is worth it to eliminate them first; apart from them, there will only be several smaller Drones. 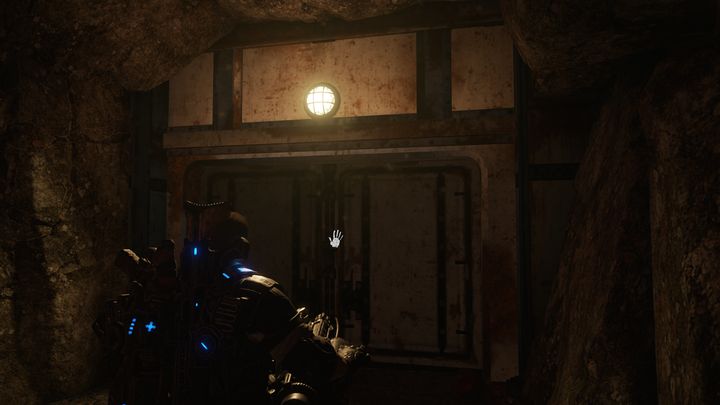 After going through this door you will enter the armoury, where you can find another collectible.

Picking up the Gatling gun is definitely worth it. Afterwards, you should continue advancing. When you descend to the lower level new enemies will emerge, including Pouncers, however, there will not be a lot of them. After you reach a door with a light above it (right after fighting a single Pouncer), open it and you will see another armoury before you. You can find another collectible here, lying between crates. 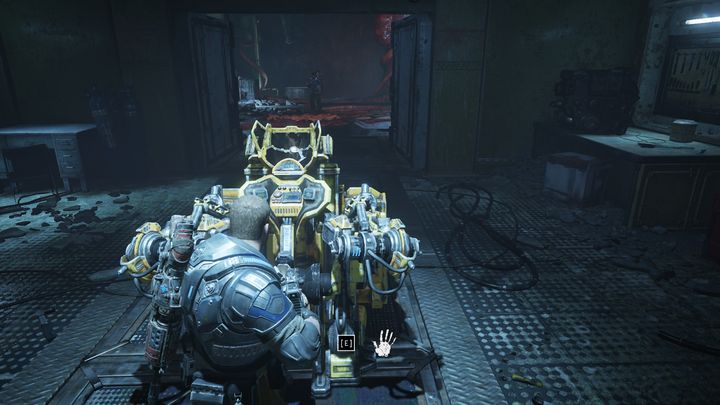 Driving the mech is amazing fun. Shame it does not last long.

After a short moment you will reach a room, where a lot of Drones and one stronger enemy will attack you. If you have a heavy revolver, this is the perfect time to use it, in order to easily dispatch the mightier enemy. You can also use the Gatling gun, if you have not previously used up its ammunition.

After the fight you will have to enter a mini mech and push off a pipe, which blocks your access to the further parts of the level. A horde of enemies will appear after a moment, but since you have the mech you can simply ignore them and charge straight to the very end of the road. 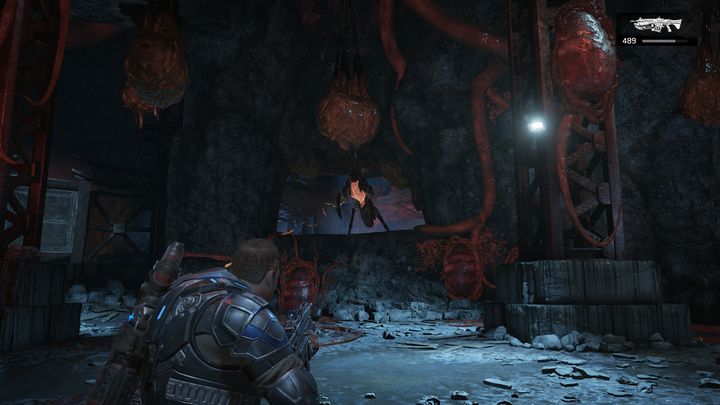 Fighting a Snatcher. Keep your distance, and you should not have any issues.

In the end you will find yourself in a cavern with the Snatcher you are looking for. It is important that you keep your distance, since if it manages to knock you down in its vicinity, it will snatch you and unless your teammates do enough damage in a few seconds of time, you will be killed. If it manages to overwhelm your teammate who is controlled by an AI, then you do not have to hurry as much. It is crucial that you aim for its underbelly and remain at a safe distance. It is also worth it to stick to the pillars, which offer good cover.

After the fight is finished, you must simply go through several tunnels, and a short cutscene which ends the chapter will appear.