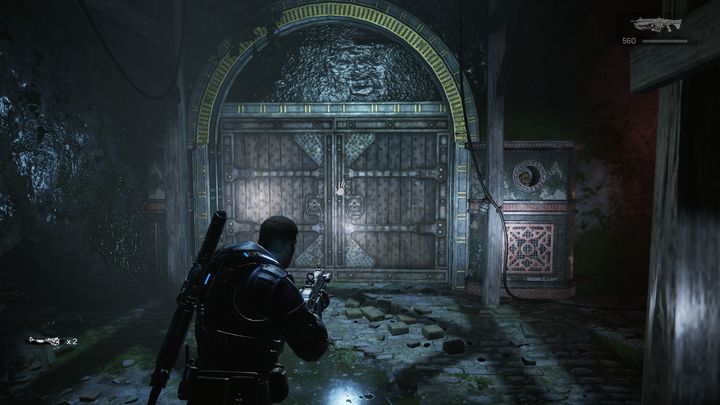 You will be under enemy fire even by the very first gate.

After you enter the catacombs keep following the road, until you reach the gate on the lower level. To the right side of the gateway you can find e.g. grenades. After you enter the room you will immediately encounter several enemies. Make sure that you are not shooting the pods, as that will spawn in new enemies. When your foes are defeated, proceed to the next room. 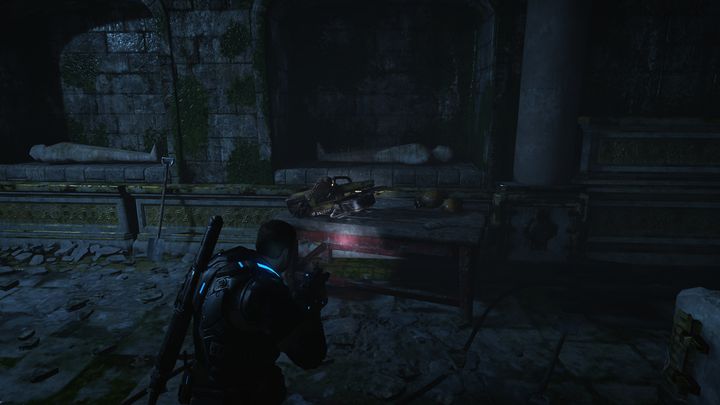 To the right of the weapon you will find a dog tag.

After descending through a hole in the floor, you will find a room where you can pick up the Buzzkill again. Right next to the weapon you can find a dead body, with a dog tag right next to it. The previously mentioned weapon will soon be very useful, as you are about to face off against more Juvies.

Later on you will encounter more pods and numerous Drones. Try to avoid shooting at the pods during combat. At the end of the room you will have to open a gate in order to proceed. 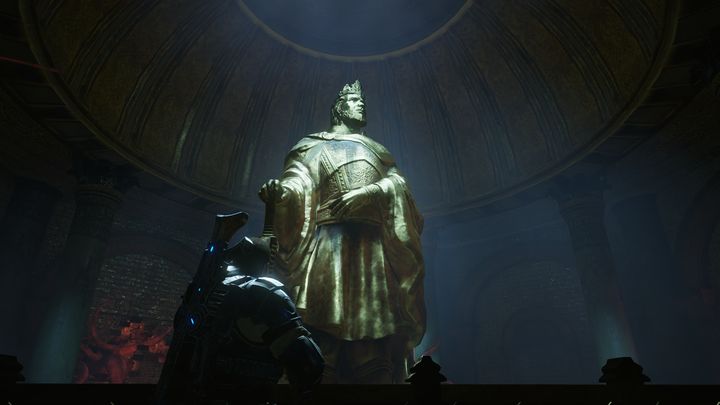 A though fight awaits you at this monument. It is worth it to use bows on the pouncers.

In the room that you will enter, you can find another collectible, namely an old dagger. It is lying on one of the tables at the end of the room. In the next place, behind a golden door, you will find enemies armed with a new weapon - a bow. It is best to prioritize eliminating those enemies.

In the end you will end up in a circular room with a huge, golden tomb in the middle. After you get down to the centre of the hall, you will be attacked by Juvies and Pouncers. It is best to attack the Pouncers with the bow, as they will remain stationary whenever they try to use their ranged attack. After the combat is finished, check all of the golden tombs, as there is a hole under one of them. 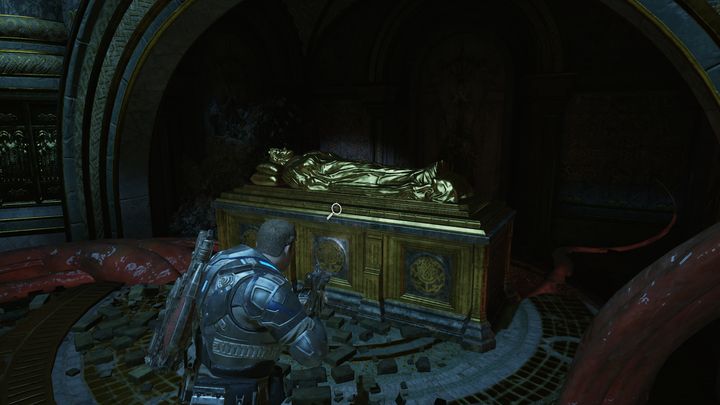 Use this tomb to unlock the passage forward.

After you walk for a bit, you will have to split up your team and choose, if you want to travel through the cave system via the lower or higher route. The higher road features less enemies and grants you the terrain advantage, but you will have to help those below you. When the action ends, your team will be whole once again.

After a short cutscene it is enough that you reach the ore transporter and destroy a nest on your way, and the chapter will end.