During a match in Garena Free Fire, you will face other players. It is probable that your character will get wounded and lose some health. You can receive damage from other sources, too. If you don't react fast enough, your character will die. In this chapter, we focus on damage and healing wounds. 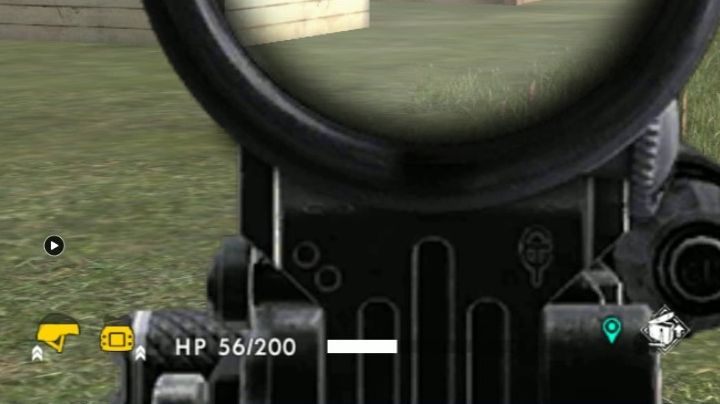 When you take damage, the health bar is depleted systematically.

Your character has a health bar - it is displayed at the bottom of the screen. By default, a character has 200 health points, which is represented by a full, white bar. When you receive damage - whether from attacks of other players, falling from a height or gas, it will be depleted systematically. When the health value drops to zero, the character will be eliminated from the game. 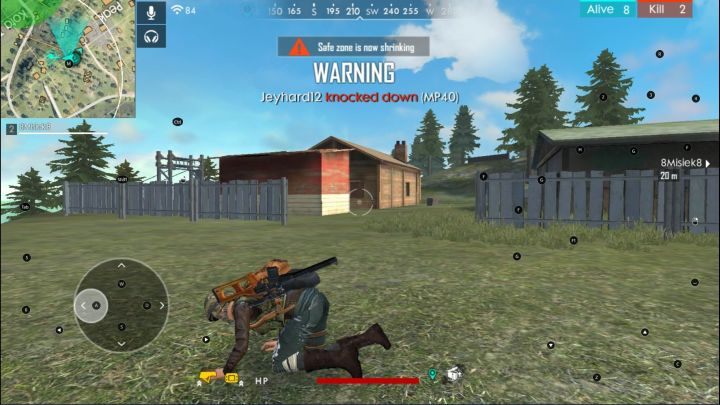 In Duo and Squad modes, after emptying the health bar, the character gets knocked on the ground and can still be revived.

If you play in Duo or Squad mode, and at least one of your allies is alive, the character will be knocked to the ground. From now on, you have a few seconds for a team member to come up to you and pick you up - if they fail, and the bar at the bottom of the screen goes down to zero, the character will be permanently eliminated from the game. 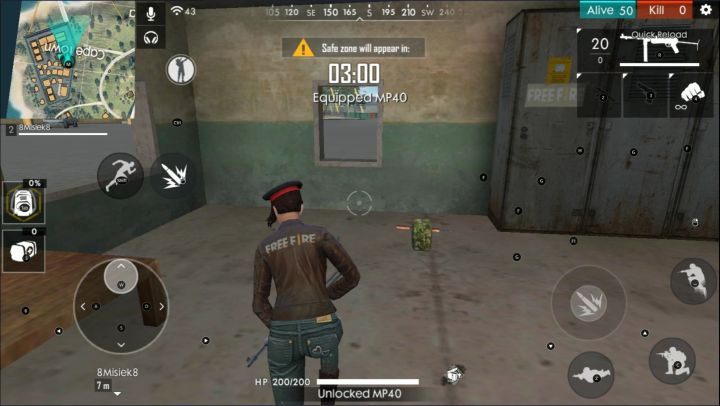 Medkits are a fairly common and relatively easy to obtain.

Lost health points can be restored in one way - by using medkits. These, however, must be found first - you don't start a match with them in the backpack. Fortunately, medkits are fairly common and quite easy to find. When you have them in your backpack, simply click on the icon on the left side of the screen. A few seconds after activating the medkit your character will start recovering health points.

Note - One medkit allows you to regenerate several dozen health points. So, if the character took more damage, you will need to use a few of them. Also remember that a medkit starts a healing process - the treatment isn't instantaneous; it takes a few extra seconds.