The Garena Free Fire game guide contains a complete set of information necessary to fully master the gameplay in this complex production. In this text you will find practical tips and explanations of all the gameplay mechanics taking place in the game, such as parachuting and the selection of a suitable place to land, acquisition and use of inventory, effective navigation around the map, and battling other players. In addition, the text includes tips for each of the stages of the game - from landing to reaching the final minutes of the match.

In the first part of the guide you will find starting tips. In this section you will find information to help you start your adventure-a few General tips, explanation of available game modes, character development, Luck Royale mechanics, Guild system or inventory information. The next part of the guide is the section devoted to the course of the match - the moment of landing on the map and the initial minutes of the collision, the selection of appropriate equipment or ways to survive until the end of the game. In the "battlefield" section you will find information about the map itself- explanation of the white, red, green and orange zones, mechanics of dropping packages with supplies or tips for smooth movement on the map.

Garena Free Fire is a multiplayer shooter representing the Battle Royale genre, released on mobile devices in the free-to-play model. During each game, 50 players clash one the map, in Solo, Duo and Squad mode. The game is about being the last surviving player (or team), on an ever-shrinking battlefield. The core of the gameplay resembles Playeruknown's Battlegrounds, with some pretty significant changes. As befits a F2P mobile production, the game allows you to win a large number of cosmetic items that can be used to visually change the controlled character. The game takes place online - you can play solo, in pairs, as in several-players team. The game requires an Internet connection.

Gameplay in Garena Free Fire is not one of the easiest, especially given the mobile devices handling, so it is worth to read the tips below carefully, as they facilitate the entry into the game world:

How to play Garena Free Fire?

To start playing Garena Free Fire, you need to download the game to your Android or iOS device, respectively, through the Google Play Store or Apple's App Store. After installing the game you will need to connect an account on one of the services (Facebook, Google or VK.com) and you can jump in the gameplay. You will find more information about this in the section "how to start the game?".

Can I play Garena Free Fire on PC? 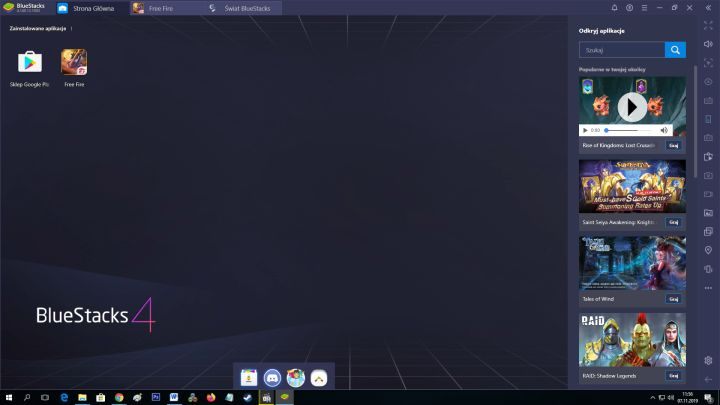 By default, the game is only available on Android or iOS mobile devices. However, thanks to the use of the Android emulator, the BlueStacks program, it is possible to run this game (or any on the Android OS) on a computer. This is due to the undeniable advantages, as increased smoothness of gameplay, the ability to play on the monitor or TV, as well as control with the keyboard and mouse. For more information on this issue, see the Chapter "is Garena Free Fire playable on PC?".

Yes, Garena Free Fire is completely free - you do not need to spend a penny to enjoy all of its features. The game also implements microtransactions that allow players to obtain cosmetic items - however, you can choose not to use them and unlock all additional items with regular gameplay.

Where on the map will land? 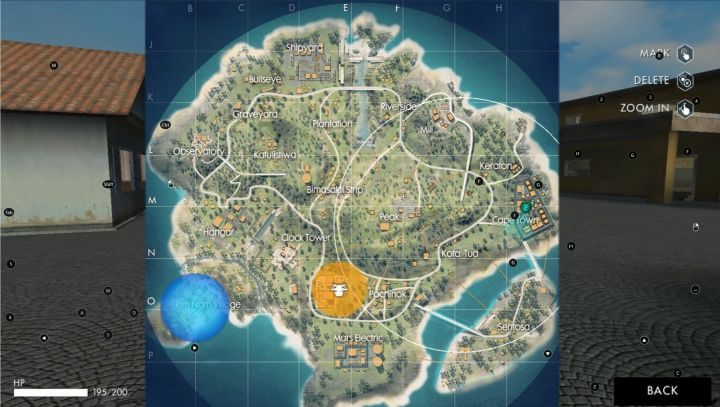 There are a lot of places to land on the map - you need to choose the right one.

Choosing the right place to land is a key issue and mostly depends on what you care about in the first minutes of gameplay:

What to do in the first minutes of the collision? 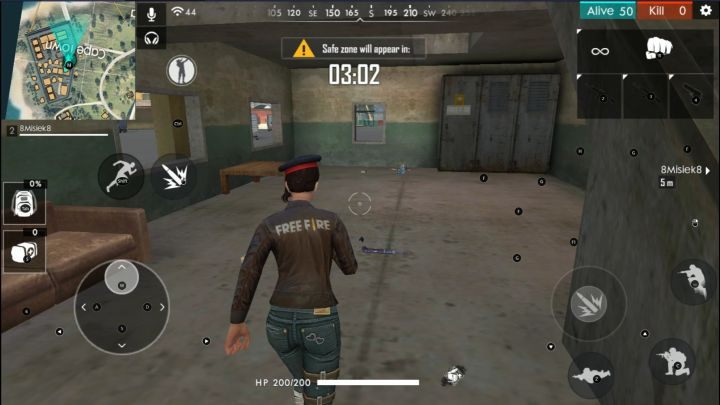 During the first minutes of gameplay, you have to focus on getting equipment.

The first few minutes of gameplay are key - this is exactly what your main task is to equip with appropriate gear. Find a long gun, best an Assault Rifle and / or a sniper rifle, as well as Medkits,a backpack, a vest and a helmet. This greatly increases your chances of survival and becoming the winner.

During the first minutes you should limit attacks on other players-unless you are in direct danger. Do not show your position and focus on acquiring inventory. Additionally, if you manage to access the vehicle, it is worth using it to go to the other end of the map-the chance that there is another player is negligible, making all the items there at your disposal.

How to deal effectively with other players? 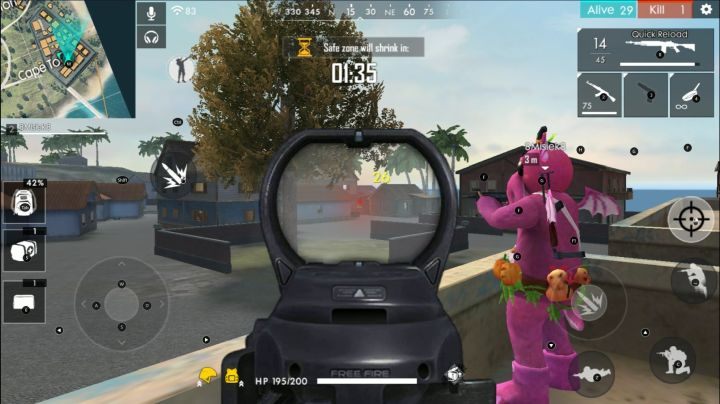 If possible, try not to attract attention to yourself and attack when you have confidence that you can eliminate the enemy.

The biggest challenge will no doubt be learning to aim on a mobile device - it does require experience and a few hours of regular competition. Fortunately, the game helps the player with automatic aiming - when the cursor is in the opponent's zone, the game locks it on the player's character, making aiming easier. It is worth deciding on a fight with another player when you are sure that you will emerge victorious from the clash-if you have a good weapon, position (you are inside the building, the enemy is in the open) and you have confidence that there are no other enemies nearby. When firing, hide behind environmental cover to reduce chance of receiving damage and allow you to aim for the enemy's head.

If, in turn, you are in an open area, it is not recommended to start shooting at another player-it is better to cover or get inside the building, and open fire from there. When escaping from enemy fire, make sure to change direction often- this will reduce the chance of the enemy hitting you.