The following map includes a list of locations that you can explore when completing The Refugees scenario. Markings on the map have been divided into the three following categories:

This scenario tests your abilities of accepting large numbers of people in short time. Huge groups of refugees will keep arriving to your city. They are divided into two social groups. Each group has different views and they demand different things from you. The regular citizens only want you to take care of their basic needs. The upper class, that starts appearing in the later part of the mission, requires much more complicated actions, e.g. you have to heal every sick person in the city. 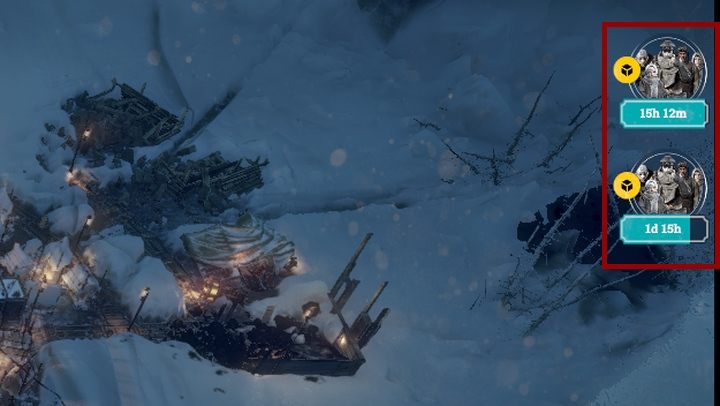 There are numerous situations where a few groups will arrive to your city at the same time.

Taking care of health of your citizens is one of the most difficult things to do in this mission. Refugees, who arrive to your city, are mostly ill, especially the members of the upper-class. This means that you can have up to 200 ill citizens in your city at the same time. Building this many Medical Posts is simply impossible. Because of that treatment must be done gradually. You can make things easier by following Path of Faith and signing "House of Healing" law. It allows you to heal more patients but at a cost of its efficiency.

Getting enough wood is also important. Huge numbers of refugees mean that you will need a lot of houses which cost resources. Keep unlocking new upgrades related to collecting wood - the amount collected per hour should be as big as possible. 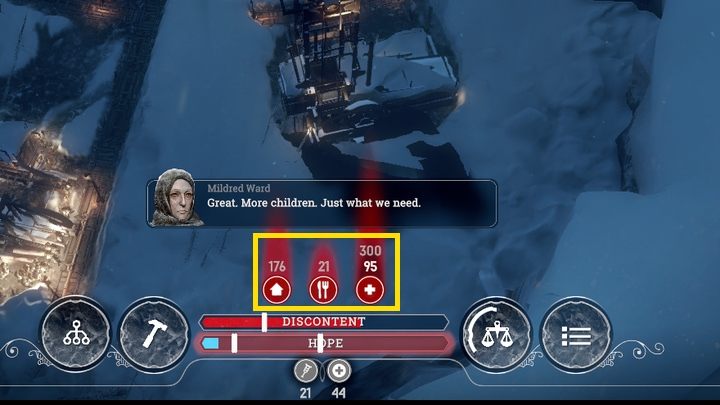 Morale also plays an important part here. At certain point you will have to deal with a class problem. You can do that by having the two bars filled in a certain way. You can do that by providing your citizens with public use buildings, e.g. Fight Arena or Public House. Also, use laws from the Faith or the Order paths to place either Guard Stations or The Temple.

Remember that you don't have to accept all refugees. You can always refuse to let them in. However, they will try to get in again after some time. Refuse them each time so you can prepare yourself better when you finally decide to let them inside your city.

Frostpunk Game Guide is also available in our Mobile App