On this page of The Forgotten City guide, you will find a description of several story quests. You will speak to Equitia, who will task you with discovering some dependencies of the city. You will meet many people, including Octavia, Galerius and Rufius.

We described what you need to do to push the plot forward, get more tasks and make progress. However, you can stop here and ask around for as much information as you can.

In this part of the game, you can unlock the Bloodless Shadow achievement. 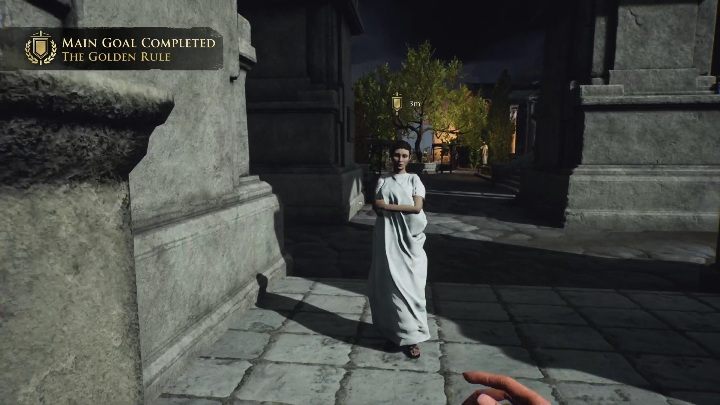 Time to meet the next character. The woman most often hangs around the market area. She will draw your attention with her white dress that stands out from the crowd against the background of the surroundings. 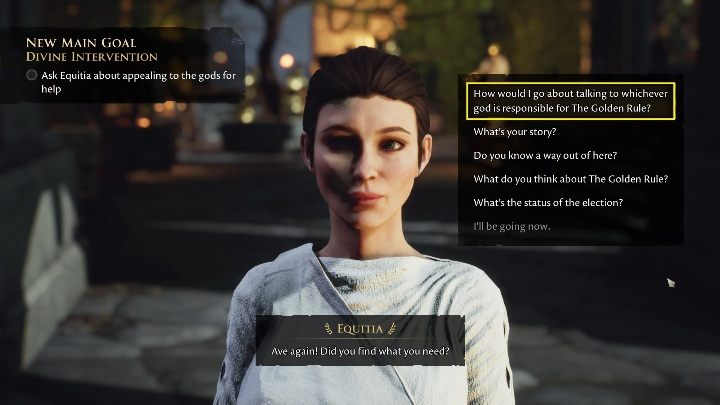 You can ask her anything, but best select these options."How would I go about talking to whichever go dis responsible for The Golden Rule?". Your job is to talk to the citizens. You need to ask them about their history, how they got there, and what they remember. 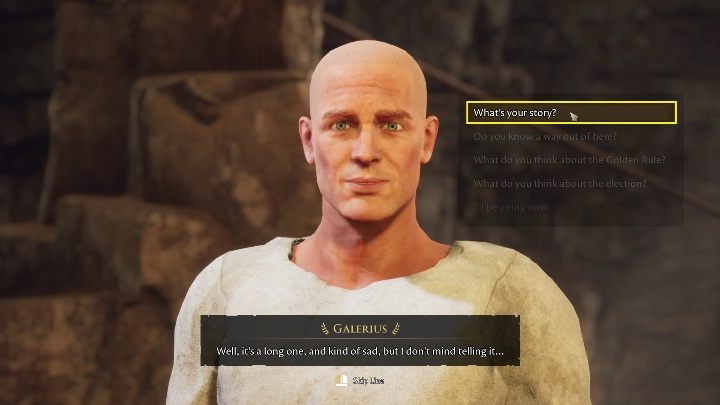 Galerius can be found at the exit of the temple or walking around the farm, right next to a large reservoir. 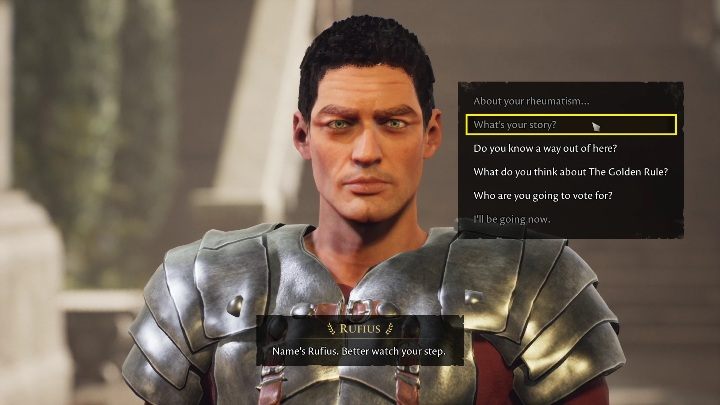 Rufius walks up the stairs in the area of the market. 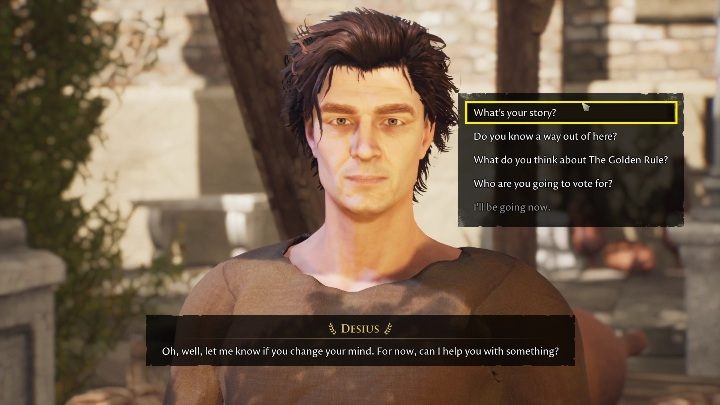 Desius hangs out in his store or somewhere in the neighborhood, he certainly does not go out of the market. 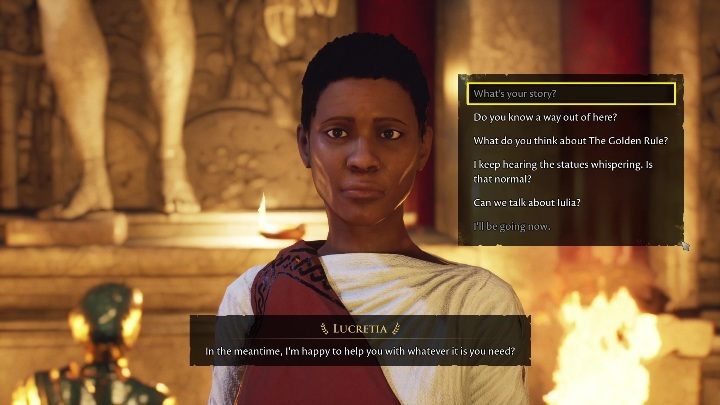 Lucretia can be found insideher apartment or right in front of it. She's not going anywhere else. 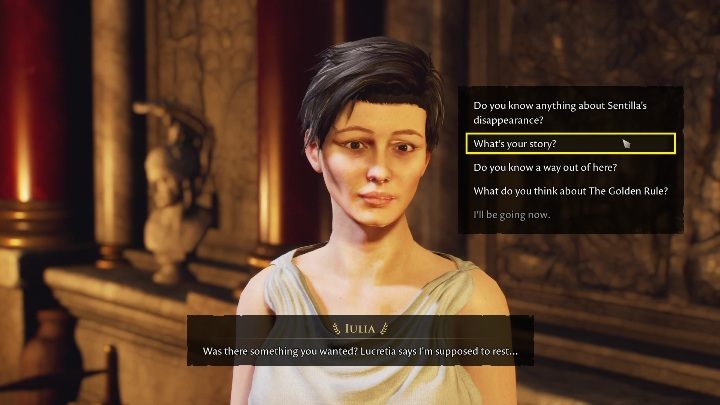 Iulia can be found at the doctor's or walking around the market. 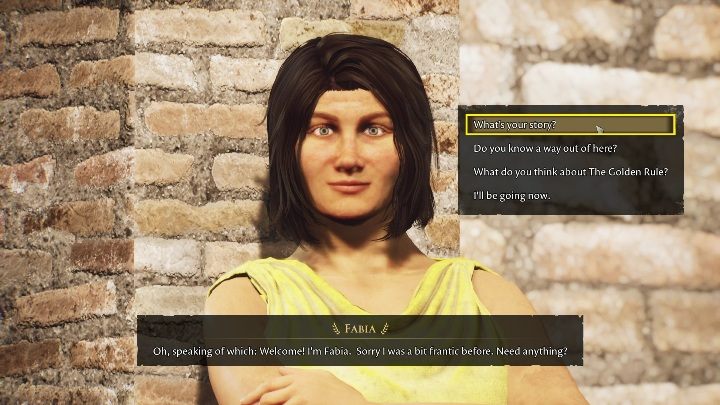 Fabia is probably in her shop. But if she's not there, she's probably hiding from the killer. You have to complete this task to talk to her. We described it on the page - A thorn in the paw. 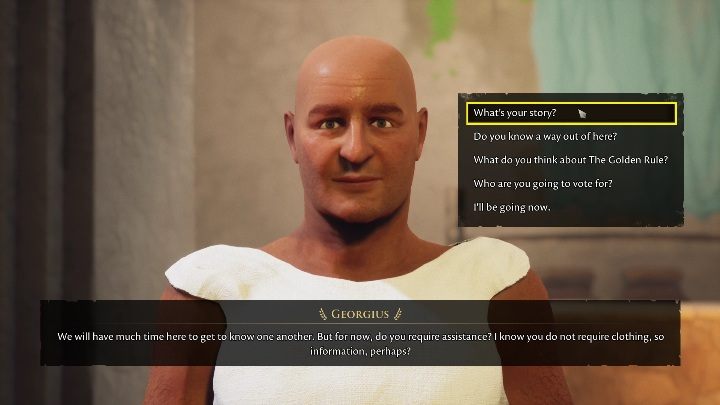 Georgius he's in his shop. It's the building across from Fabia's stand. 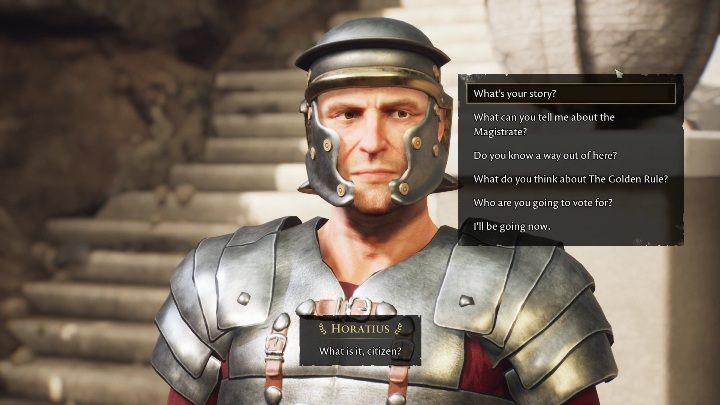 Horatius guards the stairs leading to the Sentius' villa. 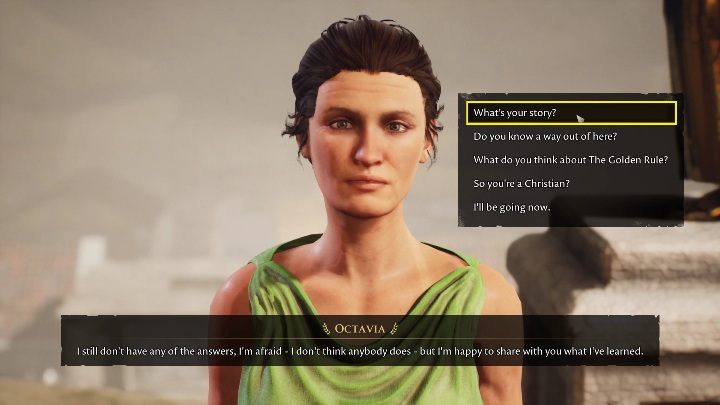 Octavia cleans in front of the great temple. You will encounter her several times performing story missions. 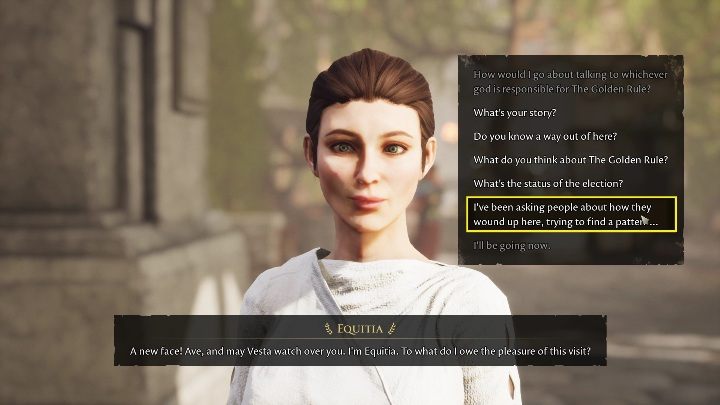 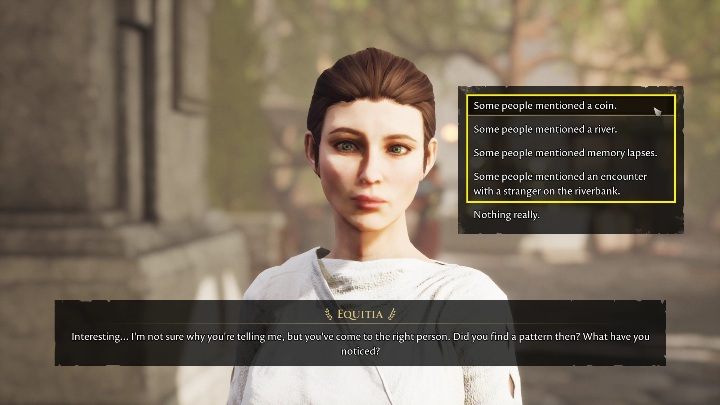 Return to Equity with the information you have. Tell her everything you've learned, and she'll take you to the bathhouse. 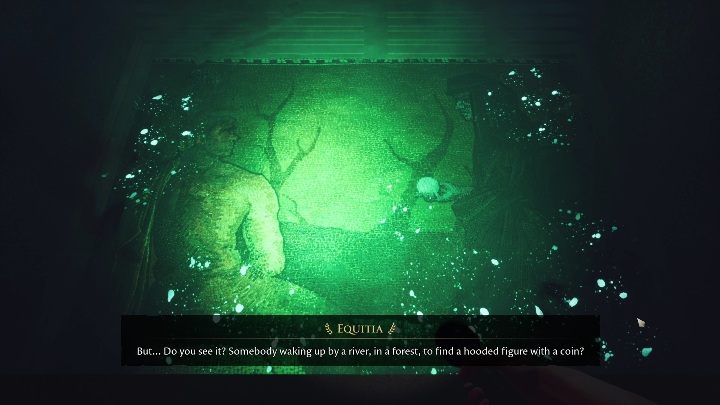 At this point, we only indicate that you should use all available dialog options. We don't go into details, it's very important story information. However, it is worth talking to a woman about everything in order to learn as much as possible and to get new tasks.