On this page of The Forgotten City guide, you will find a description of several story quests. You'll meet a panicked stranger, an Assassin and steal money from a trader. After that, you'll need to reset the loop again. We described what you need to do to push the plot forward, get more tasks and make progress. However, you can stop here and ask around for as much information as you can.

You can get a few achievements in this part of the game: 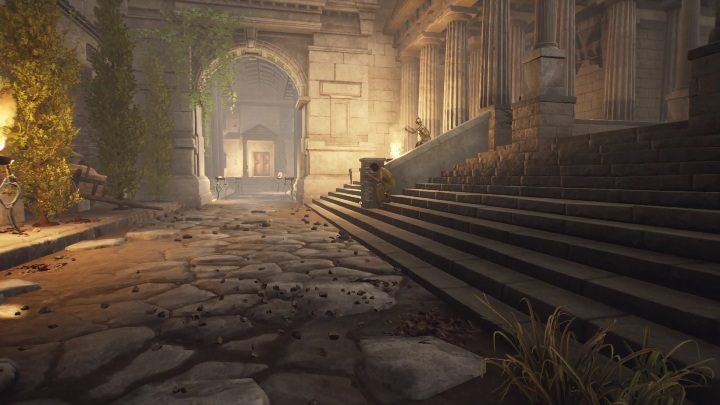 Near the temple, on the stone stairs, you'll find a terrified woman. The marker on the map should catch your attention, and if it doesn't, you'll notice her thanks to her yellow dress which sets her apart from her surroundings. 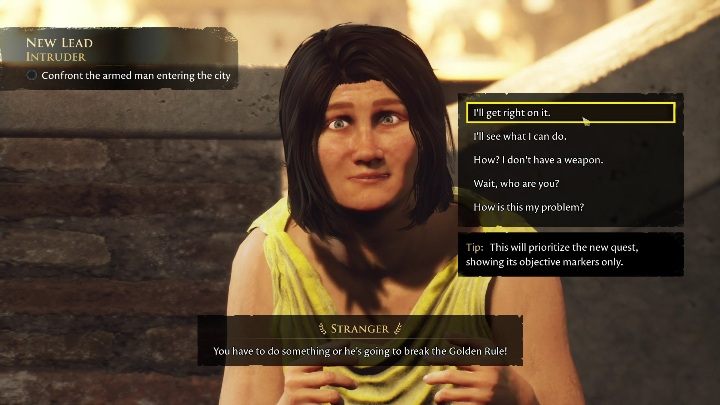 You can't save the woman from dying - not yet, at least. The only option you must choose is "I'll get right on it". This starts a new quest. Other dialogue options aren't necessary, unless you want to learn more. No matter what you say, the woman will run to the temple anyway. 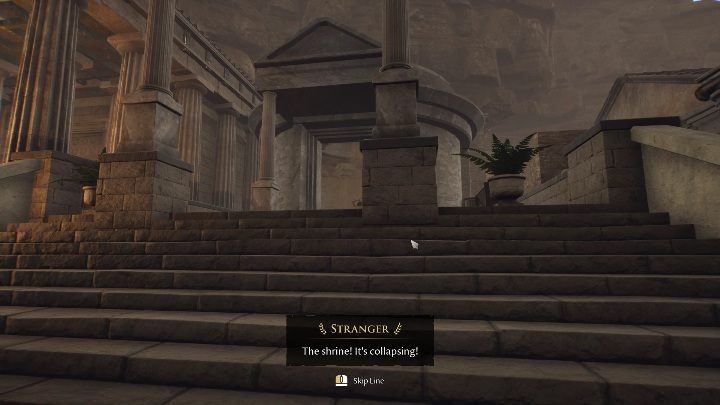 The roof will collapse immediately once she goes inside. It's impossible to stop it for now. You can only watch as the woman is crushed by rubble. 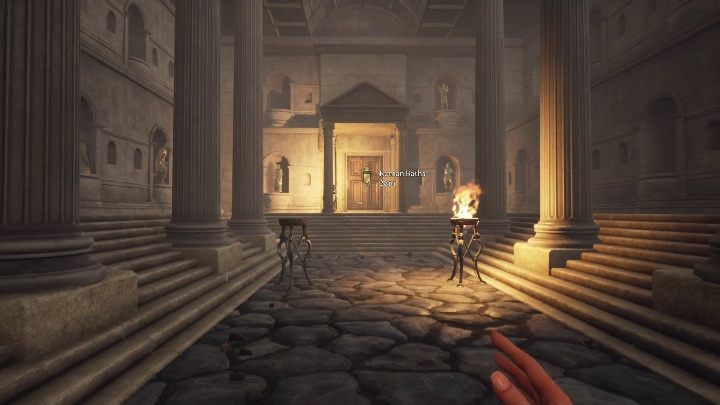 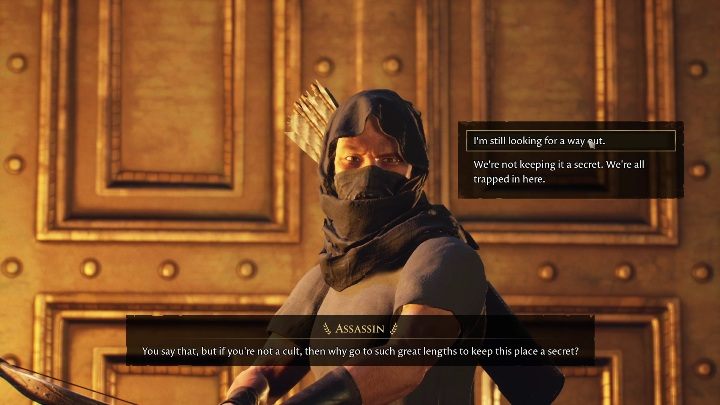 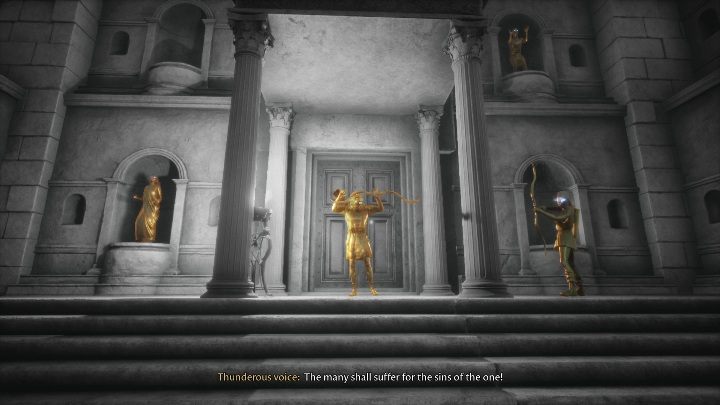 You'll witness the assassin being turned into a golden statue. You have to run so you don't end up like him. 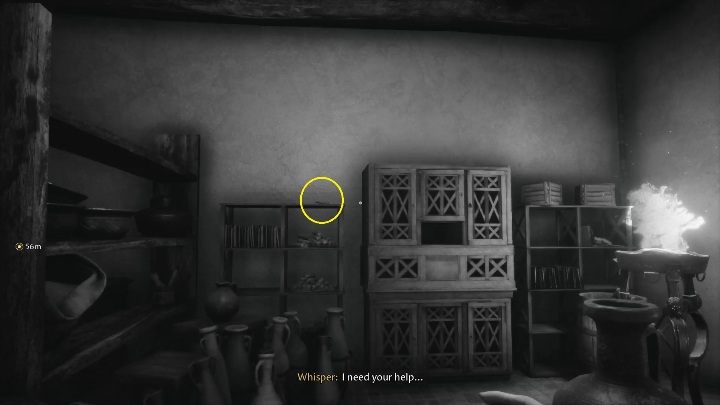 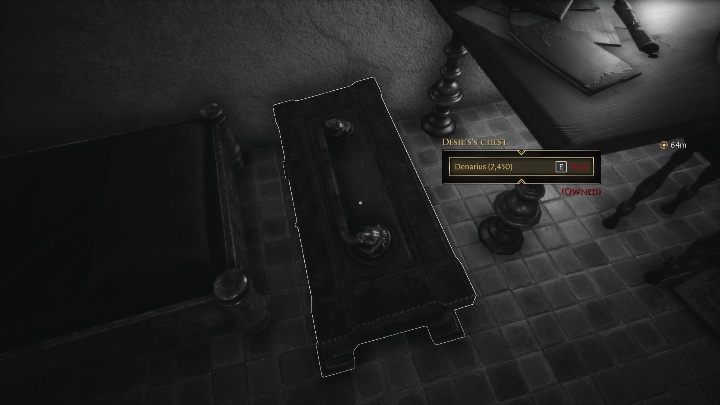 You can take advantage of the fact the Golden Rule has already been broken and you need to reset the loop anyway. Now it's the time to steal the money you'll need later. The merchant you bought The Silphium Resin/stole from has the most denarius. Go back to him. Just go into the store, take the keys from the shelf (screen above), and then open the chest by the bed. It'll break the Golden Rule, but you'll get 2,450 denarius. 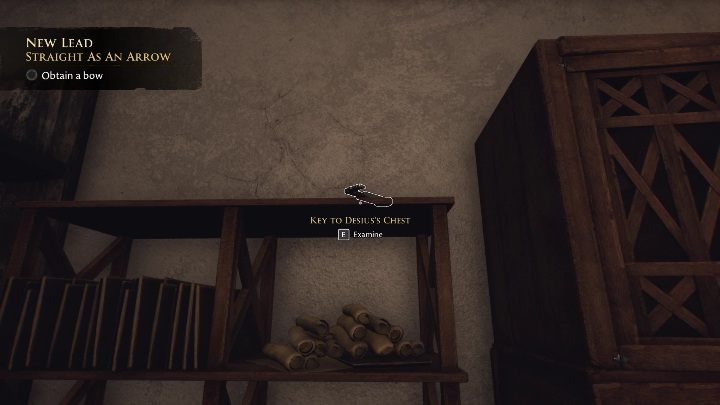 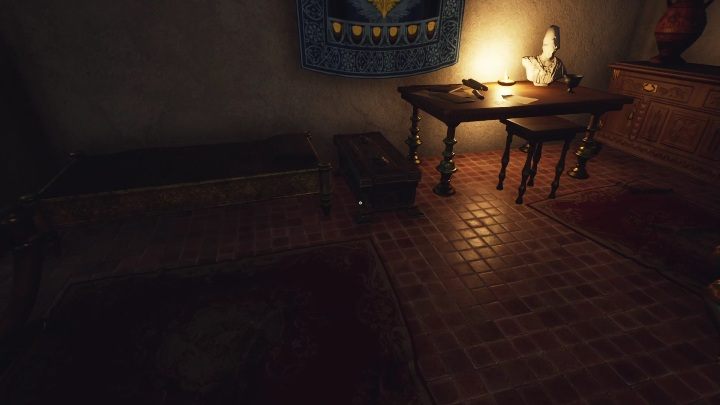 Above is the same place - the key and the chest, but in color. 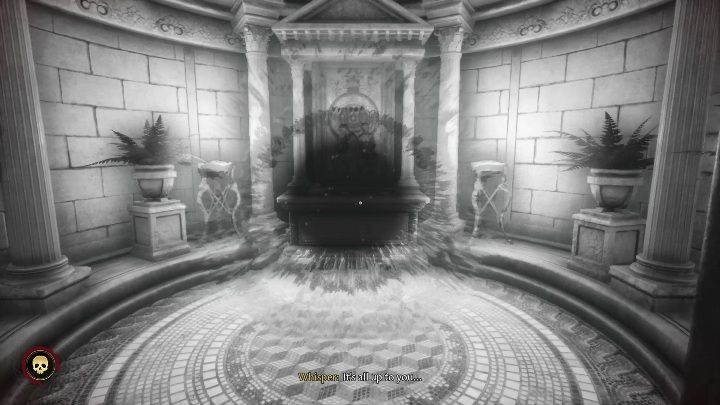 After breaking the Golden Rule, you must go to the temple and stop the loop. The denarius will stay in your inventory.