On this page of the Forgotten City guide you will find out what to do to start a romance between Galerius and Equitia. This way you can unlock the Match-maker achievement. This is a quick and easy task that requires a little dexterity.

After completing the described task, you will unlock the Match-maker achievement. 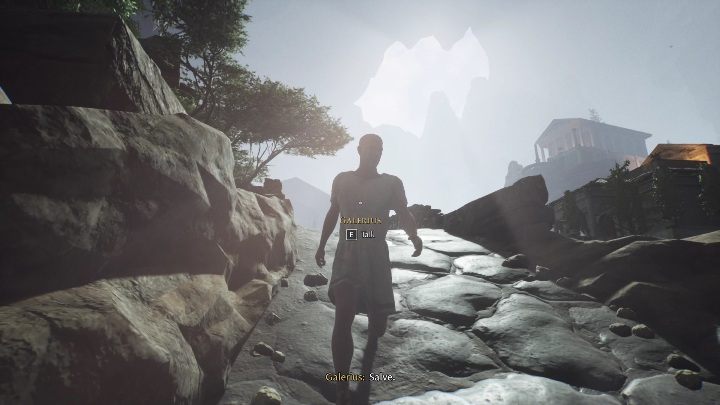 Let's start with the fact that you can get this task only after the second break of the loop, when you receive the zip-line. This part of the game is described in a separate section titled Rescue Of Ulpius. 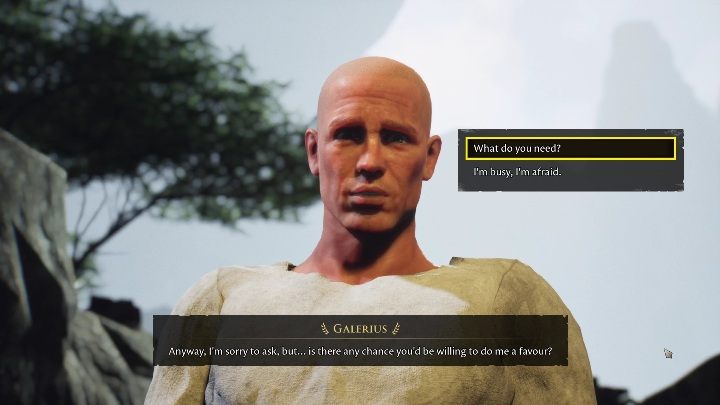 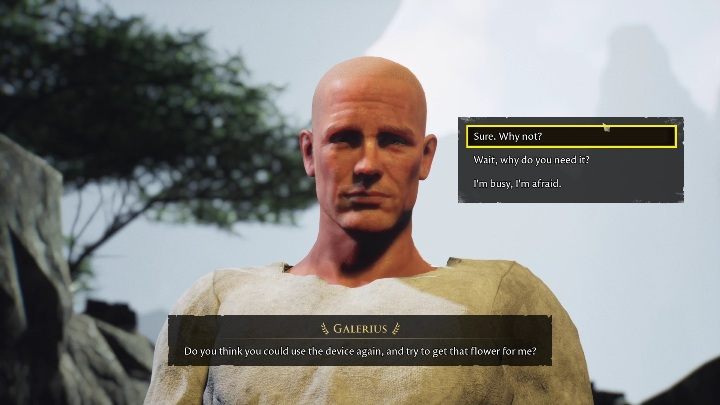 After a short conversation, the man will admit that he has a task for you. Select the following options:

The new quest will go to your inventory. It should be marked right away so that the markers on the map pop up for you. 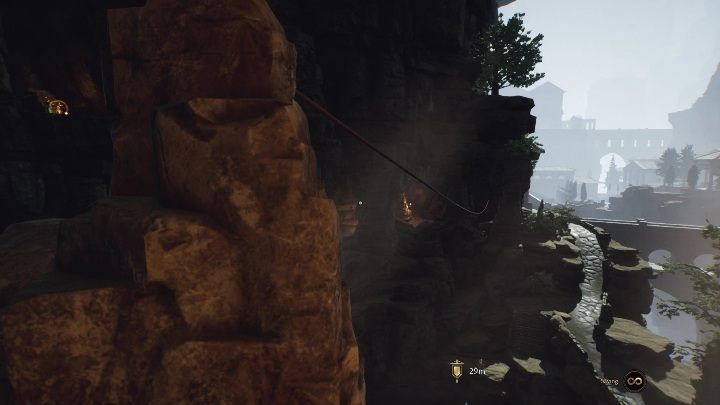 This is a simple task, which has one rather important and slightly problematic point. It is necessary to pick the flower growing on the rocks, in the middle of the reservoir. The only way to get there is to jump off the zip-line. 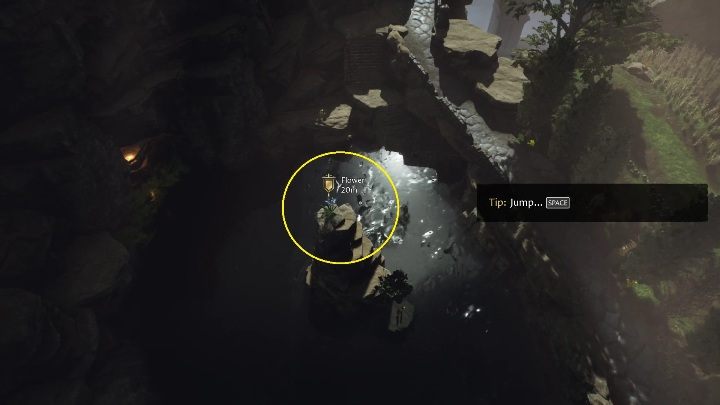 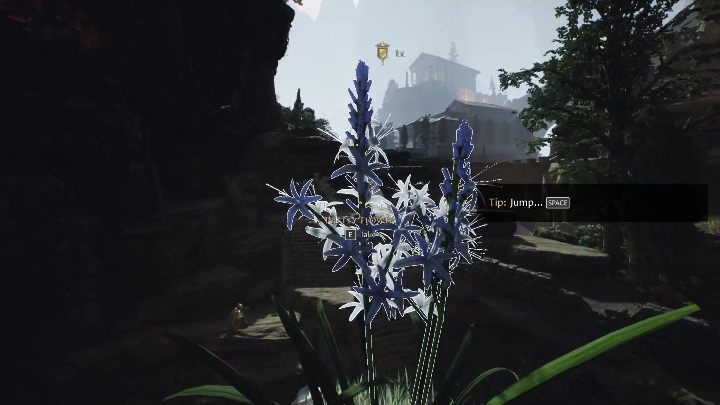 Get up there, hook your gear on the rope, and start sliding down. One note. Don't look down. The character copes much better with this jump when you look straight ahead, or up. As you look down, the hero / heroine suddenly falls on the other rocks, just behind the pond.

It is also a good way to release the rope upon seeing the hint "Jump...". 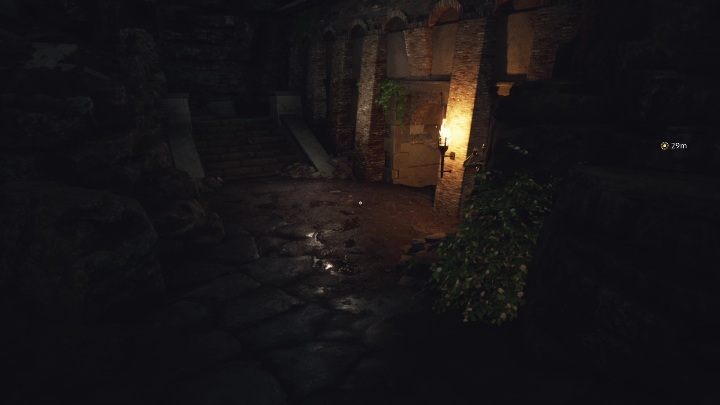 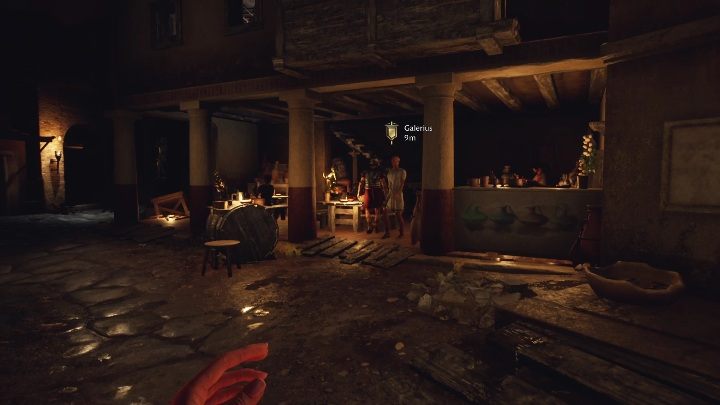 Galerius is sitting in the bar with the other residents. Talk to him to let him know you've got the flower. 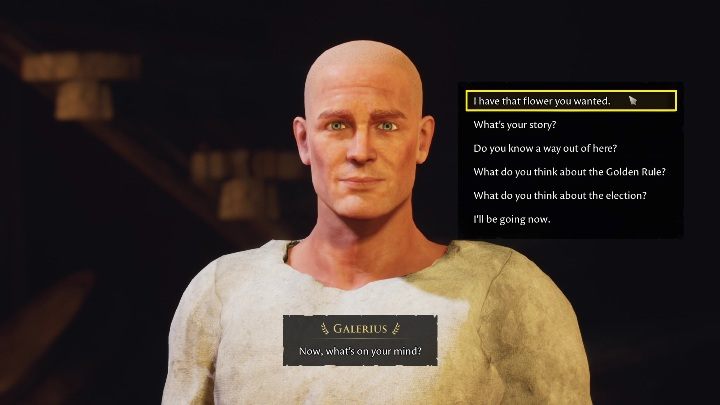 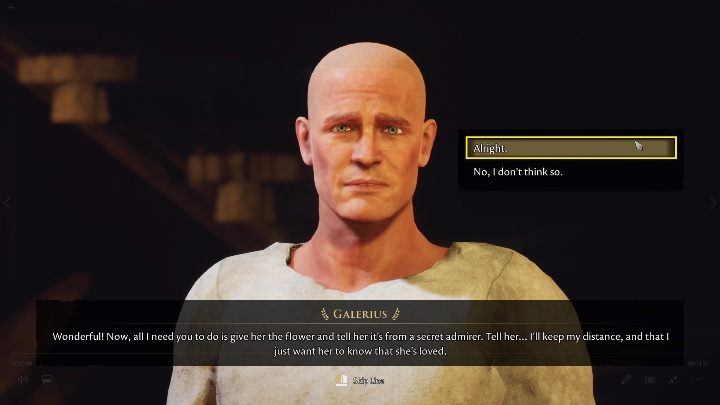 The first dialogue option you have to use is "I have that flower you wanted.". However, the man does not want to take it from you, he considers that he can not do it. Further dialogue options are not important, you just need to bring to a situation where he will give you another task. Just accept it with "Alright". 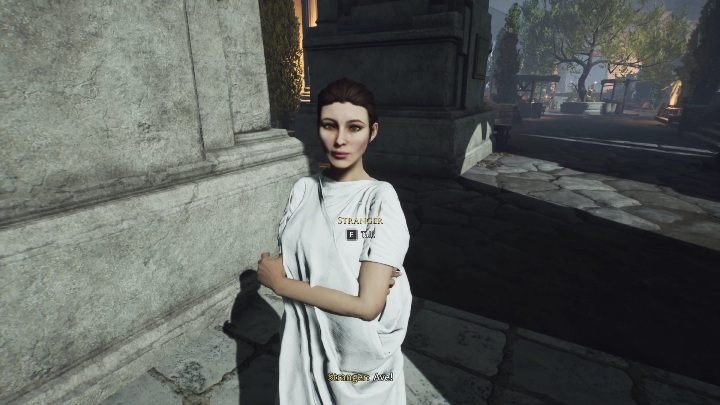 It's time to meet your good friend's chosen one. The woman most often hangs around the market area. She will draw your attention with her white dress that stands out from the crowd against the background of the surroundings. 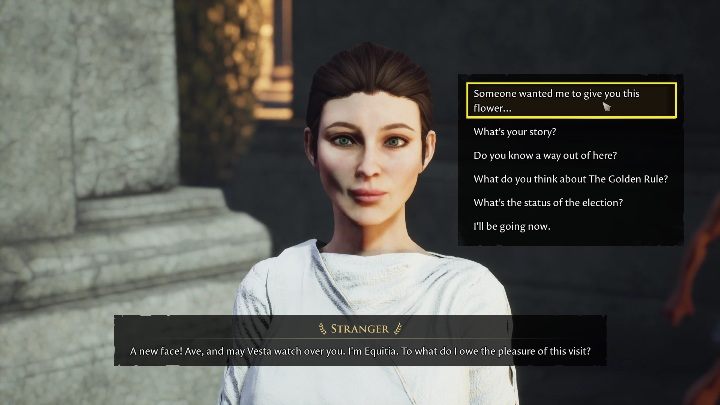 The only dialogue option that you definitely need to use is "Someone wanted me to give you this flower...". Then you will know that the woman is aware of his feelings and that she reciprocates them. 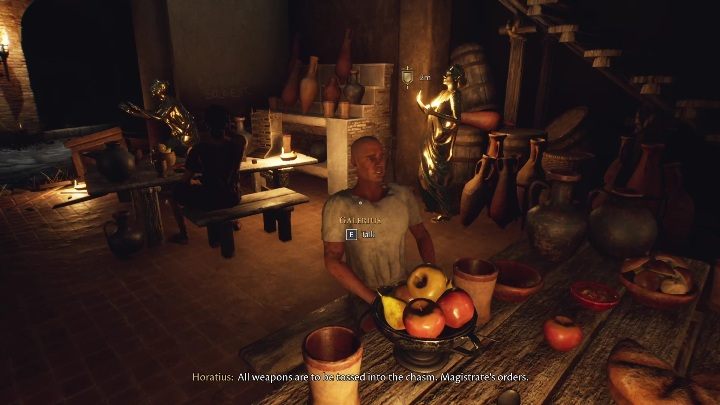 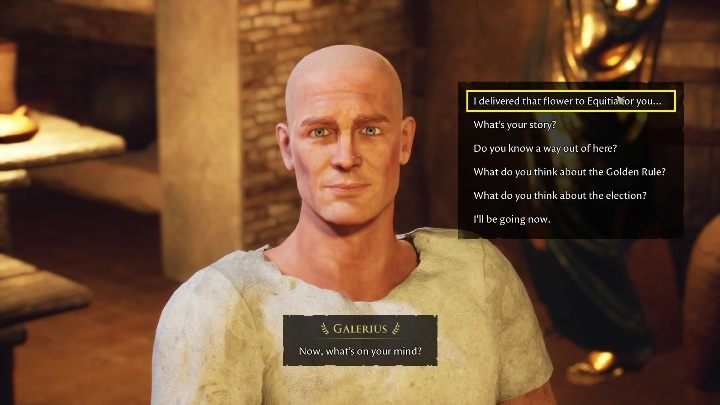 To complete the task, you must return to Galerius. He could be sitting in a bar or hanging around the water reservoir you got the flower from. Select "I delivered that flower to Equitia for you...". Then tell him what the woman told you. You'll complete the mission.