When Your team takes to the field, you can give your players commands, make changes, change the grounds, tactical and analyze their progress. It is also worth listening to the comments and advice that you can get from your assistants. Football Manager 2020 offers improved match simulation engine, but don't expect graphical fireworks. 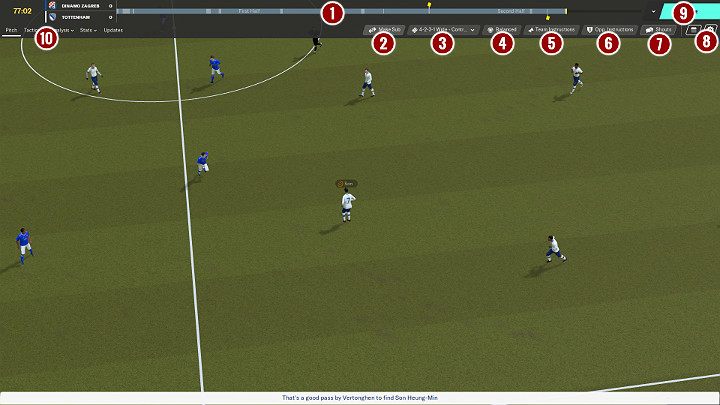 As in the previous edition of the series, the match interface in Football Manager 2020 is transparent and allows you to effectively respond to the current situation on the field. 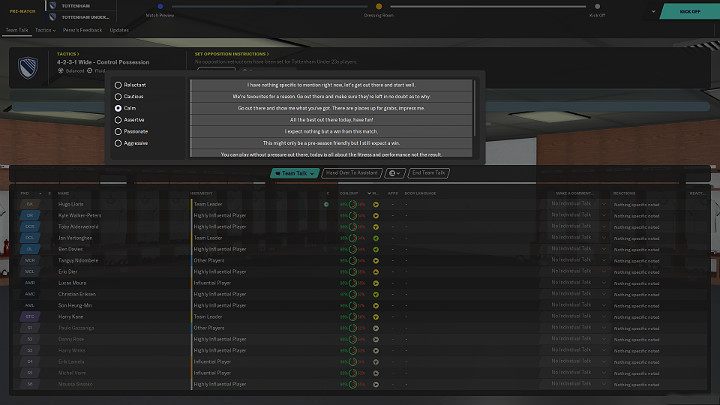 Motivational conversation before the match

Successfully motivated athletes get much better results during the meeting. Before each meeting, try to say at least a few words that will positively affect the attitude of your players regarding the upcoming meeting. If you're having trouble motivating players, you can always pass the task on to your assistant, but make sure he has a well-developed motivation attribute.

Motivational conversation during the break

Don't be afraid to say a few words of criticism if Your team doesn't work best on the field and doesn't complete your tactical goals. Defenders don't play too effectively and midfielders cannot return with a succesful action? You need to decide what needs to be improved in the team's playstyle so that the second half of the meeting will turn out better.

Making substitutions during the match 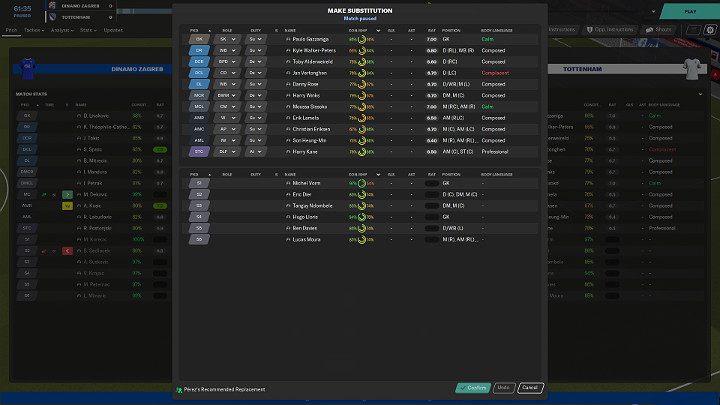 You can make a certain number of changes to your team during every match played in Football Manager 2020. In League and Cup matches you usually have 3 substitutions at your disposal. To change a player during a match, simply go to the appropriate tab available from the match interface. Select a player and drag his name to the place of the player from the bench.

Before introducing a fresh player to the field, you have the opportunity to conduct an motivational conversation with him. Use this option to make sure that Your player enters the game appropriately motivated.

Changes in tactics during the match 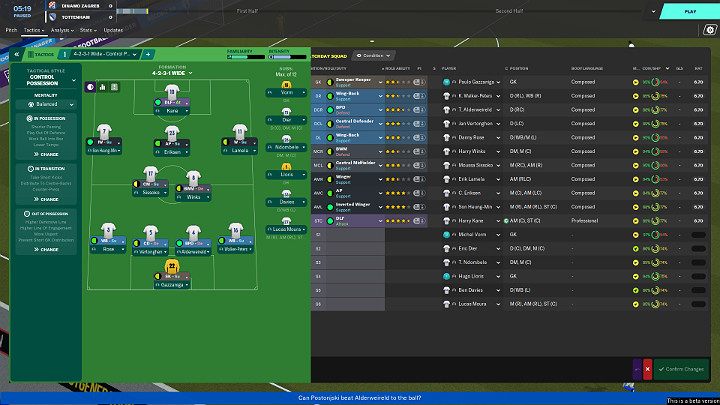 If the meeting does not go according to plan, and the situation on the playing field indicates that Your team simply cannot win, it is worth considering making changes in tactics. For example, if your players perform a large number of overhead crosses and none of the footballers in the penalty area can reach such a ball (the opposing defenders knock out every overhead ball), it is recommended that the players perform a ground attack.

If necessary, you can make changes to the formation of the team. However, you have to consider the fact that the players moved from their nominal position may have problems applying tactical assumptions, which leads to weaker performance during the match. 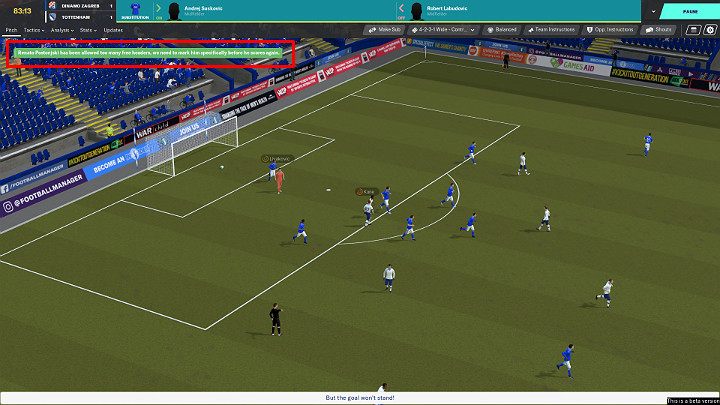 Your assistants carefully review the entire meeting and make thorough notes. Thanks to this, they are able to identify mistakes made by individual players, and even identify problems with the game of the whole team. Therefore, it is recommended to pay attention to the messages that appear during the match.

Your assistant suggests a change (switching up a player or problems with the tactics) only when there is something wrong on the field. for example, if an assistant discovers that one of the players is not at his best disposal and is completely invisible, they may suggest a substitution.