Once the manager profile is ready, it is time to choose the desired league. When choosing the league, it is best to choose according to your preferences, which means choosing a league that you like. If you want to take on a real challenge, you can choose one of European leagues, as these offer many teams of a wide range of playing styles. 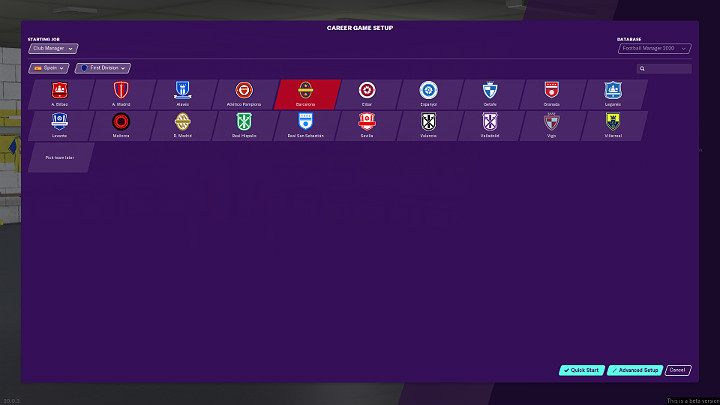 Which League to choose in Football Manager 2020?

When choosing a league, make sure to remember that the best of them will allow you to lead a top and a well trained team, allowing you to implement many, even the most complex tactics. A better club also has a bigger budget, allowing you to attract top players. Unfortunately, choosing such a team means more demanding management and fans, who won't be satisfied when your team is in the middle of the table. Choosing a team from a less demanding league is also a great challenge, as players playing in lesser leagues won't be able to perform your commands correctly if they haven't been trained properly.