The arrows show the order of beating each floor and the red lines show locations of the fake walls.

Alright so here we go: on the first floor you have to find three Black Orbs - you need only three of them and you can sell one of these orbs for 1 gil in a shop so it's not worth the trouble. They appear floating over a dead enemy's body for a short while, but you don't get them like the ordinary treasures. You must approach that orb and touch it [screen 1]. Next you have to find three Altars of Night and use one orb on each of them [screen 2]. These altars are situated around the circular shaft, in which the water flows up.

This giant turtle attack using Flatten - it's aimed against one of the characters. Flash blinds everyone in range and Stone Gaze causes Petrify to everyone in range. The most annoying of his attacks is surely the Perfect Defence. He becomes immune to all physical and magical attacks. It can't be helped - you just have to wait it through. Also after a certain time (somewhere around 50%HP) he starts using the Power Spin, which damages everyone near him and may cause slow to them.

When you manage to defeat him a Way Stone near the entrance to the light house activates. Go there and use it.

To get to the Second Ascent from here you'll have to build bridges by killing Brainpans - they look like big heads with greenish flames on top of their heads.

Here you'll encounter, almost identical to Brainpans, Deidars. Deidars have red flames instead of the green ones. The important difference is that when Brainpans create one segment of the bride the Deidars destroy one fragment. You'd do better leaving them alone.

On the 49 floor another boss awaits you: Slyt. 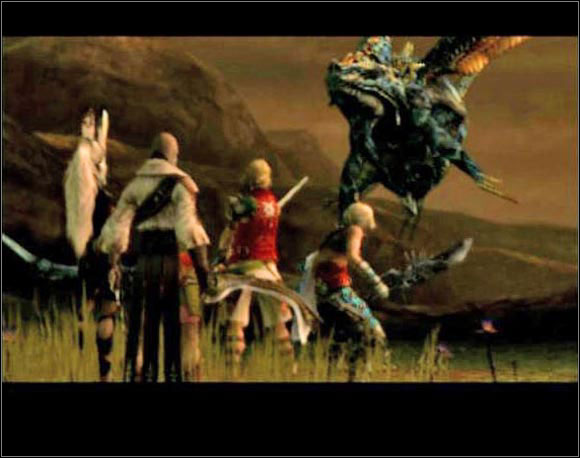 After the battle leave the room and use the Way Stone. Now you are on the Second Ascent.