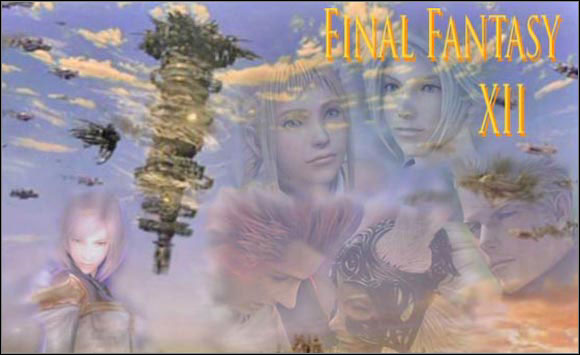 I'm pleased to welcome all those interested in the latest part of Final Fantasy. Here I'm only going to mention that as a big fan of the whole series I just couldn't miss this part, and as a very ambitious fan I just couldn't live without getting all those ultimate weapons and killing all of the side bosses you can find in the game. So in the walkthrough to follow you'll find info about alee these things and many, many more. Enjoy.

While reading the walkthrough you may find bit strange words. They're all connected to RPG games and are pretty often used, but I assume that you didn't actually hear them and because of that I created this chapter - to explain all those things that may be not clear to everybody.

Sometimes in this guide you may encounter words like: Tank, Healer, Damage (dmg.) Dealer, Buffer etc. They are the different class's predispositions.

Tank is a person with loads of HP points and high defense, which draws attacks of enemies. The best choice for him is the heavy armor. It's also a perfect choice for a party leader.

Healer - what can I say - it's a person who keeps you're team mates alive and healthy. For this kind of heroes the best choice is robes as armor and Rods or Staves as weapons.

Damage Dealer - the main purpose of its existence is dealing lot of pain. He should be wearing light armor and wielding a katana as a weapon.

Buffer is a person who keeps its team mates in effect of variety buffs like protect or shell.

Sometimes to say which class is the most effective in given situation I use names of in-game heroes. At the beginning of the game I was developing each character in a specific direction (details in chapter "Licenses and character development") and later on speaking about those characters I meant the class they were representing. You - beating the game in your own way - may have given them different predispositions. In such situation use just the character which represents the class of the character I have used.

You may also come across an expression e.g. berserked Fomalhaut - this means that the person holding Fomalhaut is under effect of berserk.

I used sometimes also the term: mob. Non-human enemies in the RPG (mostly) games are often called this way.

Right now I also wanted to emphasize that the division used in this guide: Prologue, Parts I-III and Epilogue is used especially by me at the need of this walkthrough. Each part is separated from others by an important event that took place in the plot.

There also chapters entitled by an in-game area name and often with addiction of "II". They means the places that you're not going to see during the ordinary plot flow and the roman cypher II means that yes you were there (or going to be there) but up then you didn't have the access to the whole area.

In this walkthrough you will find many tables with informations about monsters - their levels, quantity of HP points, things they drop and those you can steal from them. Unfortunately these informations may differ a bit from the ones you'll come across. What I mean is that the monsters generated randomly and these pieces of informations are about the ones I got to meet. The same goes for the things that drop and those you're able to steal. Those marked as rare dropped rarely for me and they may drop for you more often and vice versa - those that have dropped for me quite often may drop for you very rarely. I can only assure you that those mentioned here are all verified and all you need to get them is a bit of patience.

I should also say here about the nature of monsters. There are: