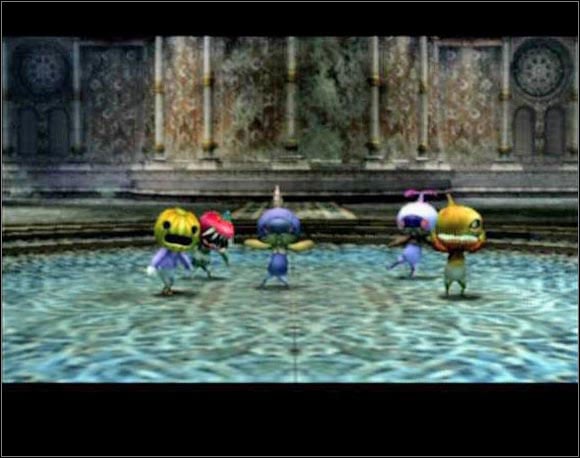 These are the terrifying monsters that are spreading terror in this cave. The fight with them is a bit annoying - they attack and immediately run away. Focus your attack on one foe and keep attacking him until he's dead. For this purpose use the "lowest HP" gambit - thanks to it heroes will chase the wounded enemy all by themselves. Their attacks are an ordinary Ram and Pollen which cause many bad status effects on your characters - heal them at once.

For killing them you earn 1000 gil and 3x Remedy from the kid and another 1600 gil from Montblanc.

Behind the next door you'll see a save crystal, but be careful - it's a Crystal Bug. If you're weakened after the battle with mandragoras you should rest a bit and heal yourself. After defeating this fake one a real crystal will appear.

Actually opening the Ascetic's Door right now doesn't have sense because you don't have the key to open the door at the end of a corridor. This time it's better to open only the Pilgrim's Door.

Now run to the next boss - Ahriman. 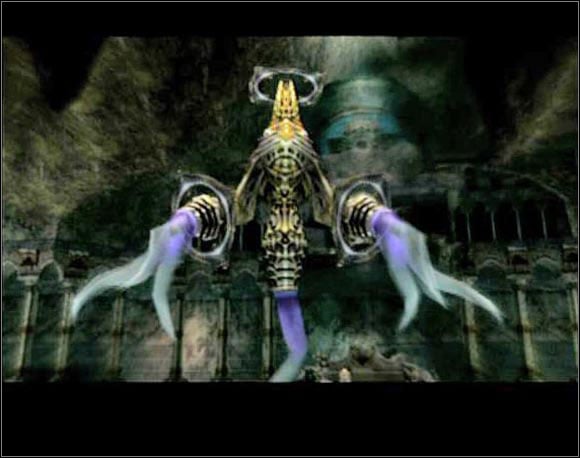 At the beginning the fight is quite easy. The stairs begin later when he starts quickly copying himself.

After the fight collect all treasures in this hall and leave through the door leading east. A bit further you'll find an elevator [screen 1]. Use it to get upstairs. There you'll find a Gate Crystal and the exit from the cave. Just go northward, open the door [screen 2] and you'll be in Old Archades.