On this page of the FUT 22 mode guide to FIFA 22, you will learn what Chemistry is, how it affects your players' stats, and how to achieve full team chemistry.

FIFA 22 Ultimate Team allows players to create their dream team with players from different leagues, clubs, and nationalities. It should be noted, however, that too much variation can have a negative effect on the players' statistics and team chemistry, and thus on match results. Player chemistry in FUT 22 depends on several factors.

Team chemistry - how does it work?

As we mentioned before, team chemistry in FUT 22 can have a negative or positive effect on players.

{ramka niebieska}If you want every player on your team to reach their maximum potential, they must achieve full chemistry - 10 points.{/ramkaniebieska} 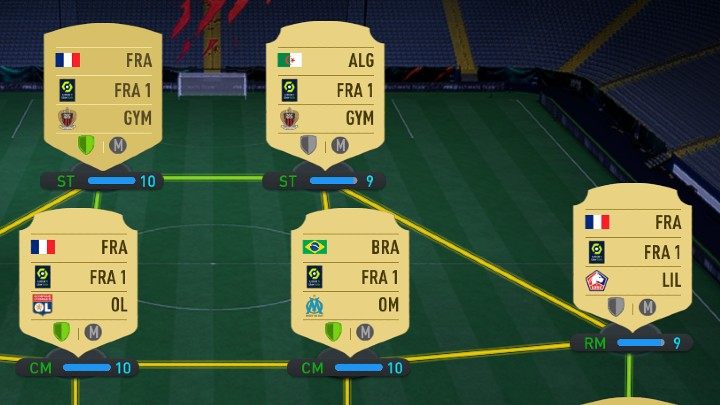 If a player belongs to your FUT 22 club from the very beginning, i.e. he was obtained from the card pack, he can immediately reach maximum chemistry, which is 10 points. It's quite different in the case of players bought on the transfer market. The players brought into the club will first have to play at least 10 games to achieve maximum chemistry or they will have to rely on the support from the right manager.

Position on the pitch 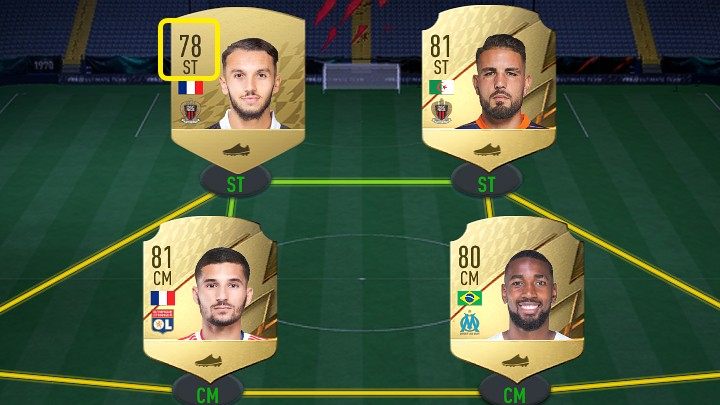 To achieve full chemistry in FUT 22, always try to place players in the right positions - defenders should play on defense and strikers on offense. This rule only applies to the starting formation, because later on you can of course freely move your players to specific positions with the tactical settings.

There are 17 player positions available in FIFA 22 and this information can be found on the card, just below the overall rating.

Not all positions are available in certain formations, so one formation may have two strikers, while another may have two wingers and a central attacking forward.

Players can only reach full chemistry if they are placed in their nominal position or if they receive support from the right manager - from the same league or the same nationality.

In every team created in FUT 22, regardless of the formation, the positions of individual players are linked. If you want to achieve full chemistry, you need to pair up players so that they understand each other, while chemistry points can be earned in several ways. 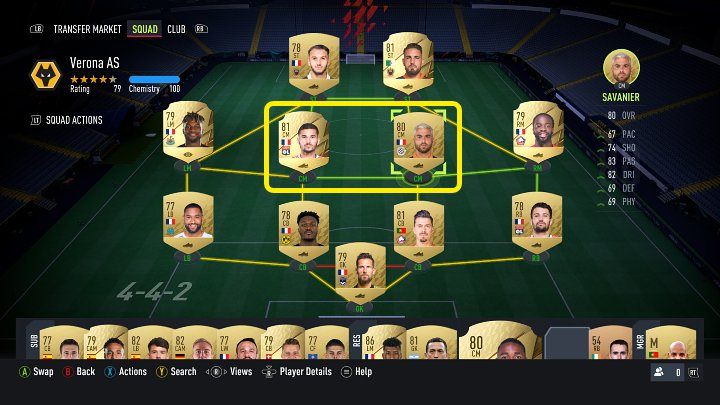 The screenshot above pictures footballers who have achieved full chemistry and a green connection. They play in the same league and are of the same nationality, although they don't play for the same club.

If a player doesn't understand the players playing right next to him, the connection between them will be red. When players receive at least 1 point of chemistry, the connection will turn orange. 2 or 3 chemistry points guarantee the best, green connection.

The manager in a FUT 22 club plays an important role, as he can add chemistry points to certain players. Just like the player cards, the manager cards in FIFA 22 Ultimate Team have a specific nationality and a specific league they coach - these can easily be changed with a one time card. Managers add 1 chemistry point to each player from the same league and/or the same nationality (to a maximum of 2 points). This way you can obtain full team chemistry even if, for example, two players are off-chem.