On this page of the FIFA 22 guide, we cover the most important basic defensive techniques and give you tips on how to defend access to your own goal.

The player AI in FIFA 22 is very high, so you can leave your defenders unattended for most of the match, and they'll do their job perfectly. However, if it comes to a situation in which the danger under your goal becomes real, it is worth taking matters into your own hands by controlling the nearest player. 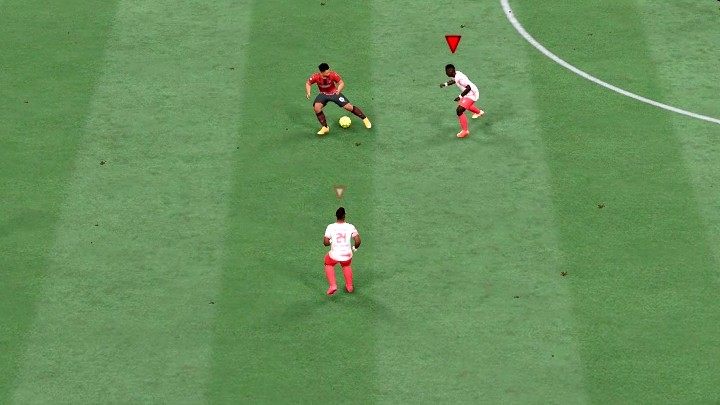 In FIFA 22, you can freely switch between players, so you can always control the one closest to the ball. The player you can currently switch to has a red triangle with a yellow center above his head.

You can switch between players in two ways:

It's worth practicing switching between players, and it will certainly bear fruit in later online games.

A simple way of taking the ball (X on PS, A on Xbox) is, in many cases, the most effective and safest way to get it back without putting yourself at unnecessary risk - like when performing an aggressive tackle (O on PS, B on Xbox) or a slide-in (Square on PS, X on Xbox). 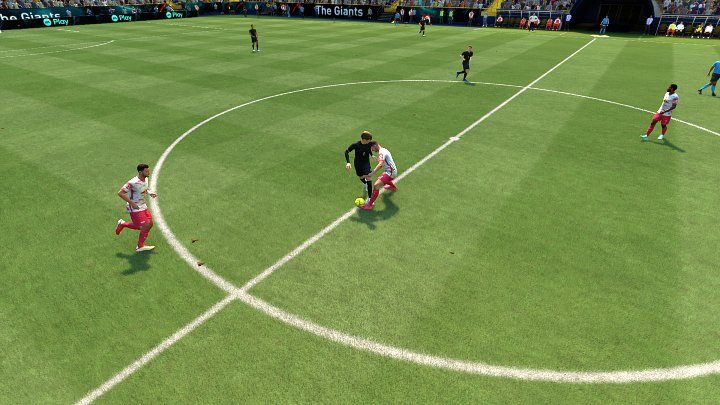 The classic tackle is most effective when the opponent is heading directly at your player, or when you are able to get slightly ahead of them and take the ball on the run.

Pressing the other player 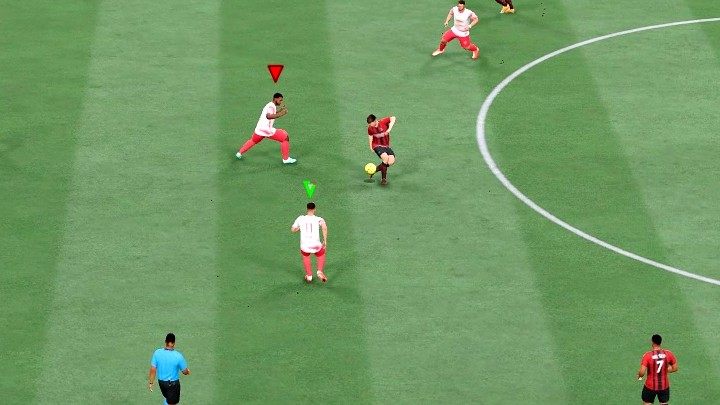 In FIFA 22, you can enjoy an improved player pressure feature. If you want to engage another player to try and take the ball, simply press the appropriate button (R1/RT) and the nearest player will join the fight for the ball for 4 seconds (a green triangle will appear above their head). After that, they will return to their position so the formation remains intact. 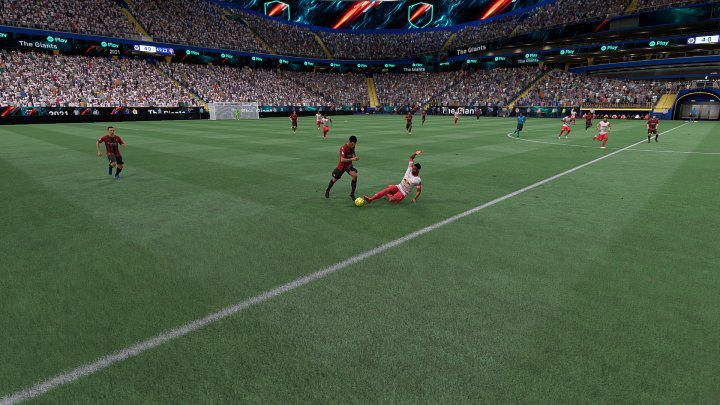 Sliding is the riskiest way to receive the ball in FIFA 22, and very often results in a warning, a yellow card, and sometimes even a red card (the player gets excluded from the match). Make sure you take the right angle of attack on the ball before you make the slide. The slide must also be done at the right pace to avoid passing the player with the ball - this can open up an easy path to the goal for the opponent.

Clear the ball out of the box

If there is a lot of confusion in your penalty area, there is no point in taking the risk of using a plan to lead out the ball - it may be best to simply kick the ball away to reduce the danger and prevent a goal.