In this chapter of our FIFA 21 game guide you will learn how to play the goalkeeper effectively, that is, how to restart the game, as well as how to get out of the goal and how to defend penalty kicks.

A goalkeeper is often your team's last hope of not losing a goal when opponents have managed to break into the goal box and work out a situation to perform a shot. During a match in FIFA 21 the goalkeeper has many opportunities to engage with his team's play: resume play from his own football gate, cooperate with the defensive line and even defend access to the goal box.

A drop kick is by far the least accurate technique of restarting the game from your own goal box, because you are never sure if you will be able to acquire the ball in the middle of the pitch. To perform a long drop kick, press the header button. Then, select the direction and the force of the action. While performing a drop kick, try to target a sector of the pitch that contains more players from your team so you have a good chance of taking over the football and launch an assault on opposing team. 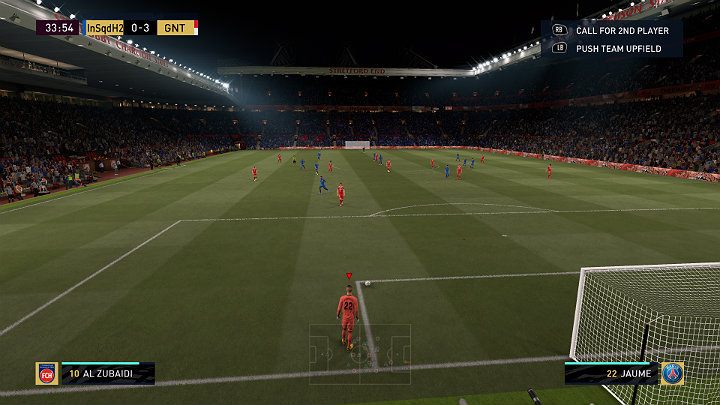 If you resume the play with a short kick, you should always pay attention to the strikers of the opposing team, who may try to intercept the ball. While performing this play you can also try to direct the football towards the side sectors of the pitch so that in case of failure in taking over the ball it may fly away off the pitch.

A precise throw of the ball is a simple way to get the offense back on the track and start a counter-attack with support of the side defenders and/or the wingers. A precise throw of the ball should be used when you have managed to defend a shot or picked up the ball and you want to quickly resume play by passing it to the nearest safe player. To resume the play with a throw, press the key responsible for the pass and determine the direction and force of the action. 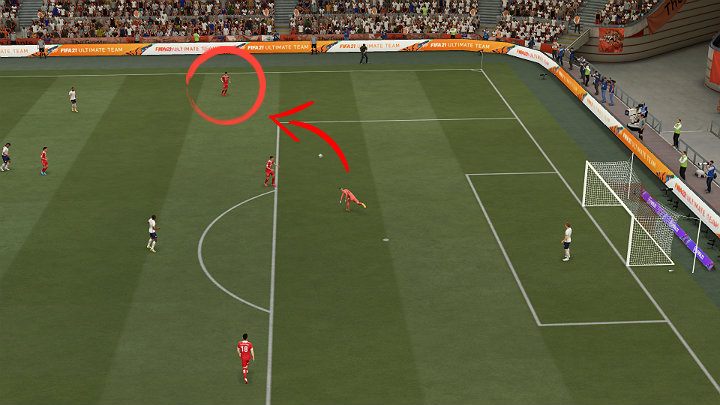 Resuming a game with a pass

The goalkeeper can also resume the play by making a short pass to the player's nearest defender which is common practice when the team uses very defensive tactics. Before passing the ball to the nearest defender, make sure he is not targeted by any of the opposing team's players. To resume play with a short pass, press the pass button and choose the right direction. 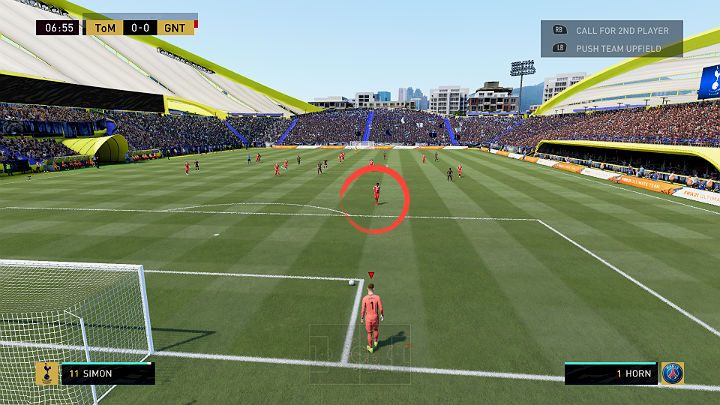 In some situations you will be forced to get the goalkeeper out of the goal line in order to prevent an enemy striker from performing a shot. If you want to perform this maneuver effectively, you have to wait for the right moment, preferably when the striker has released the ball too far or when the pass to the running player is too long. In order to move the goalkeeper out of the infield you have to press the poper button combination to move the GK.

Defending a penalty shoot-out is undoubtedly a lottery in which luck counts a lot as well as the opponent's chance to make a mistake. Every player performs penalty kicks a bit differently and it's really hard to work out any defensive tactics. It is always worth paying attention to which direction the opponent's player is facing and waiting until the last second before diving towards the selected direction.