In this chapter of the FIFA 21 game guide you will learn how to finish the offensive action in the best and most effective way.

Any attack in FIFA 21 should be made with the aim of entering the opponent's penalty area and taking a shot at the goal. It will depend on the successful building and finishing of the action with a shot whether you win the match. Here are some of the best and most effective ways to finish the offensive action in FIFA 21.

Through pass and go to open space

One of the best and most effective ways to finalise the action in FIFA 21 is to pass at a pace to the player running behind the defenders. A through pass is one of the best options to open the way to the goal, which usually ends with a 1 on 1 situation with goalkeeper. A through pass must be made when the striker is just in front of or in line with the last defenders so that he is not caught offside. 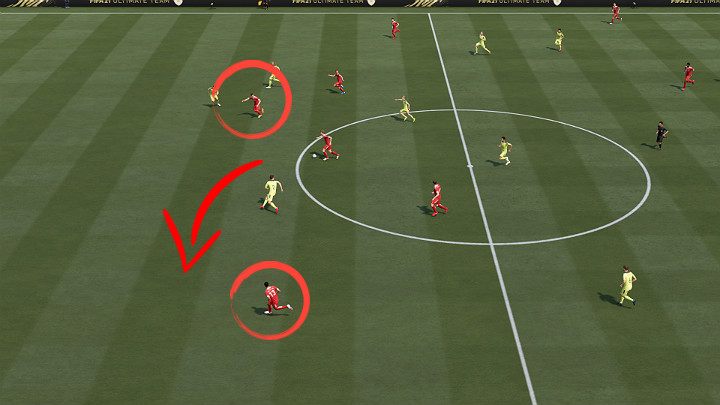 The picture above shows a situation in which the player with the ball lead has two significant options to play the action. He can simply use the pass on the free area and send the ball forward or pass it to the player running on the wing, especially as a defensive midfielder assaults his position and gives away the field in the side of the pitch. As the forward may be stopped by a nearby defender, a better idea would be to play to the wing.

Cross (high or low) is an effective way to finalise the action if the opponent's penalty area is not full of defenders. Even if you fail to make a good shot at the goal, you can still count that the ball will be knocked out on the corner or fall under the feet of one of your players. Creating danger in the penalty area may also result in a suicide goal or provoke an opponent into a foul that ends in a penalty kick. 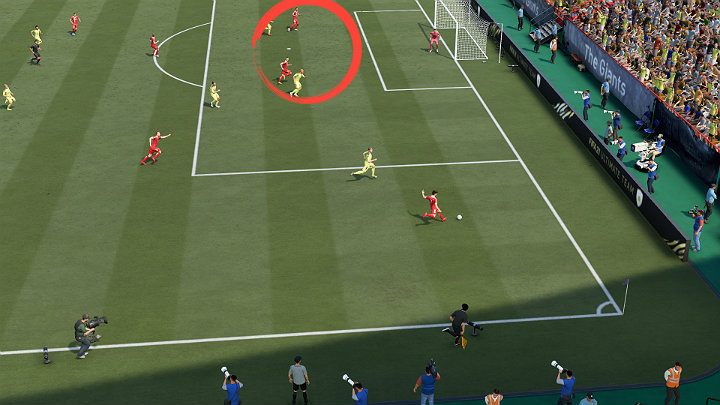 The picture above shows a situation where one of the players has a good chance to crossing the ball into the penalty area. Two players are already waiting to finish the action with a shot on goal.

When playing FIFA 21, remember that it is only a game and different things can happen during the action. When you manage to take the ball to your opponent's penalty area, it is worth considering how best to finish the action to get the best chance of scoring a goal. 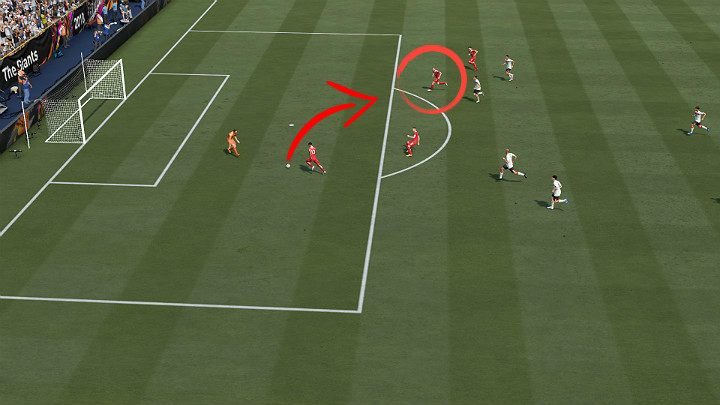 When entering the opponent's penalty area with the ball, pay attention to where the goalkeeper is now, as well as where his defenders are located. In the situation shown in the picture above, it can be seen that the goalkeeper has significantly shortened the angle of the shot by going out to the striker, and he can play ball in several ways.