In this section of the FIFA 21 game guide, you will find out what kind of crosses can be done during the game and how to do it best.

Cross is an action usually played from the side of the field and into the opposite team's penalty area in order to create a dangerous goal scoring situation. This is particularly often used when there are tall strikers and offensive midfielders in the team, who are good headers. It is worth noting that the heading has been greatly improved in FIFA 21.

In many cases, the regular cross is the simplest and most effective way to place the ball in the opponent's penalty area. While doing the regular cross, use the right amount of power to reach the addressee, which will allow to do a header or to finish the action in another spectacular way. If you want to do the regular cross, press the cross button and choose the right direction to send the ball. 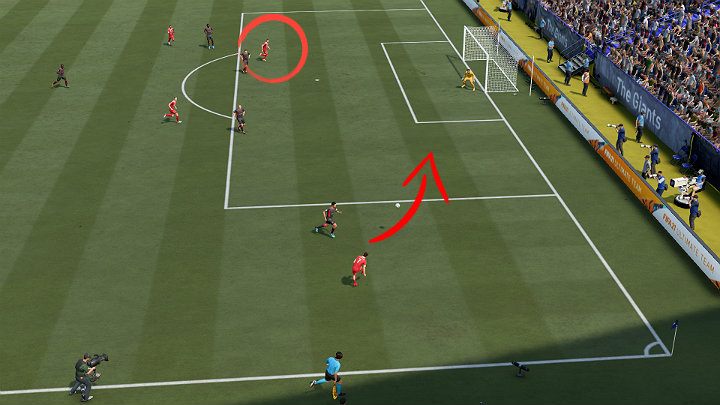 Before the ball is crossed into the opponent's penalty area, make sure that one of your players has freed himself from the care of the defenders and runs into the penalty area to be able to finish the action with a shot at goal.

Low cross is another way to send the ball into the penalty area of the opponent's team, which may open up a chance for an striker or offensive midfielder to score a spectacular goal by shooting a volley or striking the ball with a diving header or a heel. To do a low cross, press the cross button twice and select the right direction. 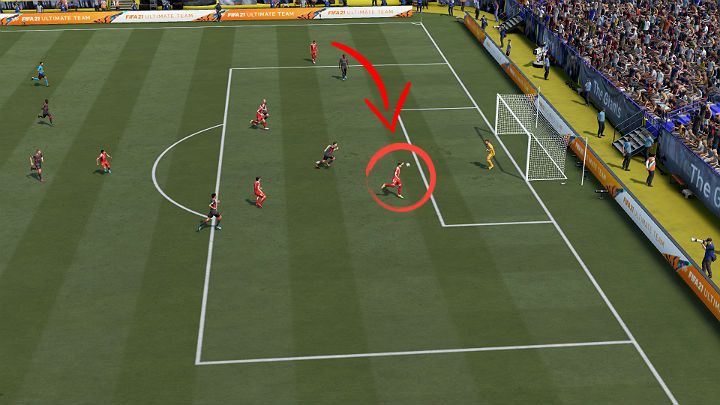 Low cross is done just above the ground, so the high number of defenders in the penalty area significantly reduces the chances that the ball will reach target. Make sure that any of your offensive players have free space to shoot before you pass the football at the level of a player's torso.

Ground cross is effective when a counter-attack is initiated, when a fast, dynamic action opens up the chance to score a goal for a player running into the penalty area, who will shoot immediately. Aggressive and powerful passing of the ball into the penalty area often creates a lot of confusion which can result in hitting the opposing player and scoring a suicide goal. To do the ground cross, press the cross button three times and select the right direction. 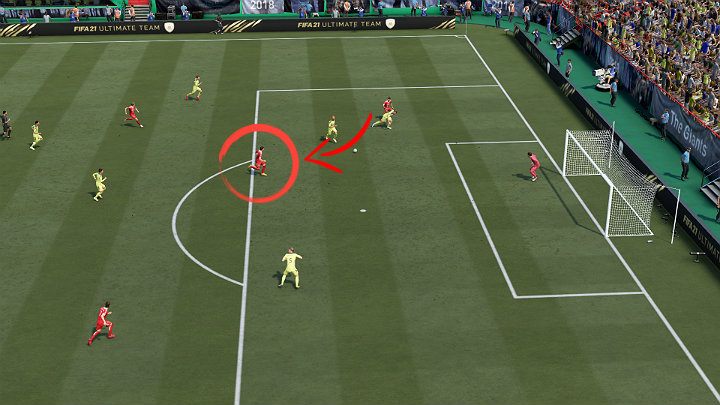