From this chapter of our game guide to FIFA 21 you can find out what are the best ways of managing a team in FUT 21 (FIFA Ultimate Team).

Playing in FUT 21 mode in FIFA 21 is not limited to playing consecutive matches and collecting weekly rewards for the achieved results. The role of each player as the founder of the club will also be to constantly manage the team, that is, make changes during the match, extend contracts of players and managers, conduct additional training sessions, treat players' injuries and continually improve the squad by finding new players in the transfer market.

Any player or football manager you receive from card packs or buy in the transfer market will have a signed contract that specifies how many matches he can play for your club. Every fresh card automatically has a seven-match contract and once they have been played you will have to decide whether to extend the player's or manager's contract if you still want to use them in your club. Even if you order a substitute player to enter the match at the last minute of the game, then he will also be considered as the used contract.

There is no penalty in a FIFA 21 for not renewing your contract on time. Also, you won't witness situations in which you can lose a particular player. You will simply not be able to use him in the matches until you sign a new contract with him.

There are 3 types of player and manager contracts available in FIFA Ultimate Team, that are designed for a specific type of card.

Player's contract - how to extend? 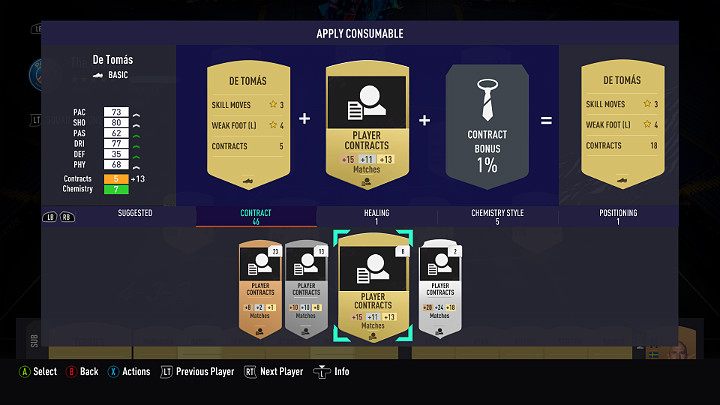 Manager's contract - how to extend it?

The manager's contract is extended in the same way as the player's contract. When you go to the action menu, select the option to use the card on the manager, select a specific type of contract and accept your choice. 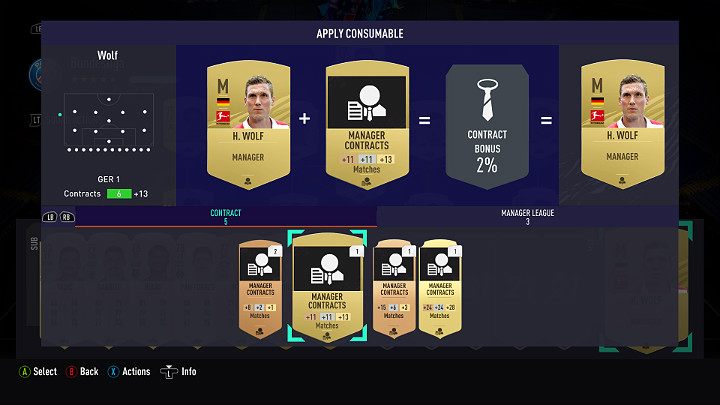 Contracts - how to get them?

Player and manager contracts can be found in many packages in FUT 21 mode - the exception here are card packs containing the players themselves. Contracts can also be bought from other players in the transfer market.

In FIFA 21, injuries happen quite often and the players who spend a lot of time on the turf of the pitch are the most vulnerable ones. The most common injuries include knee, leg or head injuries. The injury can occur after aggressively taking over the ball, during a slide or even while running (muscle strain). A footballer who has suffered an injury will have to pause playing for a certain number of matches, but can also be cured by using the appropriate disposable card.

Injuries - how to heal?

In the squad menu, select the right player and go to the action menu, then select the consumable items. Next, go to the healing / treatment tab and select the right card, depending on the injury, and assign it to the player. Note that some cards can accelerate player's return to the pitch by just 1 or 2 games, while others can cure him immediately. 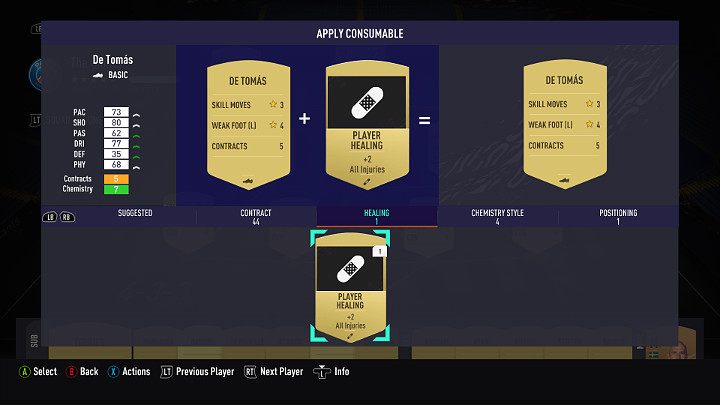 In FUT 21 (FIFA Ultimate Team) mode, you can influence players' attributes by assigning them the right cards. With such a simple procedure you can even better match the footballer's skills to your team's playing style. It should be noted here that, unlike training cards, the effect of changing the playing style is permanent but can be overwritten with another disposable card of this type.

Playing style cards - how to use? 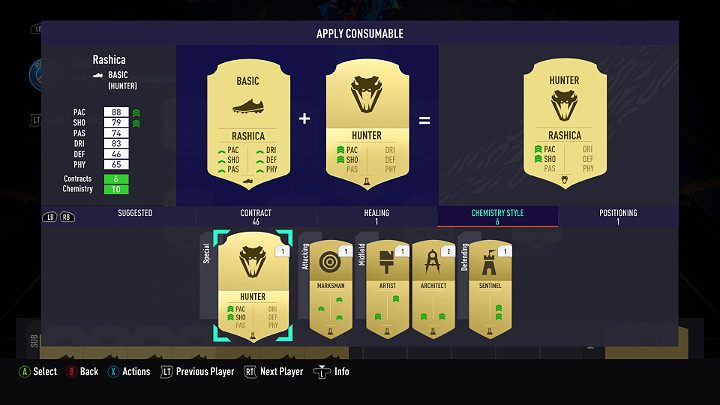 In FUT 21 (FIFA Ultimate Team) mode, you can also change the positions of your players, but with some restrictions. For example, the position on the striker's card cannot be changed to a central defender and you can't switch a goalkeeper into a midfielder.

Position modifiers cards - how to use them? 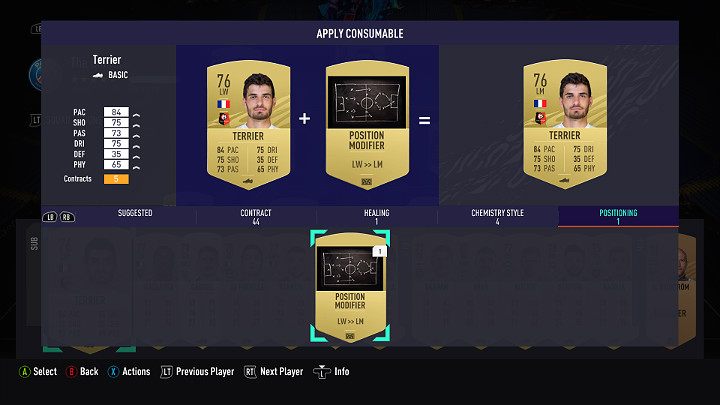 Changes during a football match

Every footballer in FUT 21 has a certain level of stamina that defines how quickly they get tired during a match. Some footballers will tire faster (particularly strikers and wingers) and other ones slower (defenders), but this is inevitable. Pay special attention to the players who run a lot on the pitch, use sprint a lot, participate in actions to score a goal. If their stamina has dropped to a drastically low level it is worth considering to make a substitution and bringing in rested players from the substitutes bench. Player's fatigue can easily be observed during a match by checking the stamina bar appearing in the bottom corner of the screen.

Substitution - how to make it?

If you want to make an exchange of players during a match, you have to enter the match menu by pressing the pause button and go to the team view. Then select the right player, confirm your selection and choose one of the substitutes who should exchange the selected footballer on the pitch. The change will be made during the upcoming match break. 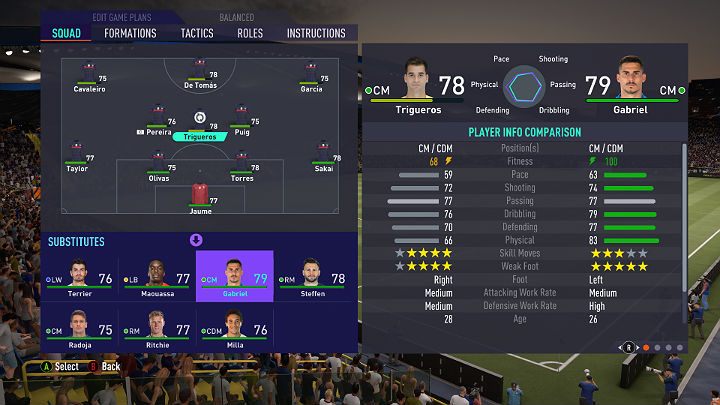