In this chapter of the FIFA 21 guide, you will find a complete list of Icons (special players) in FUT 21 (FIFA Ultimate Team) along with their overall rating for each card type. We grouped all Icons by position on the pitch.

FIFA 21 introduces 11 brand new Icons to the FUT (FIFA Ultimate Team) mode to the already existing 89 special players featured in the previous installment of the series, bringing the total number of players to 100. It should be noted here that in FIFA 21, Jens Lehmann has been removed from the list and will not be available in packages and/or in the transfer market.

FIFA 21 introduces 11 brand new Icons to the most popular FUT (FIFA Ultimate Team) mode. Among them you can find, e.g. former Cameroon representative Samuel Eto'o (2000 Olympic gold medalist), as well as Fernando Torres, who won the 2010 World Cup, as well as the 2008 and 2012 European Championships with Spain. Ferenc Puskás - Hungarian football player and coach, 1952 Olympic gold medalist, and 1954 World Champion, Legend of Spanish club Real Madrid is also here. Without a doubt, he was one of the best strikers of all time. 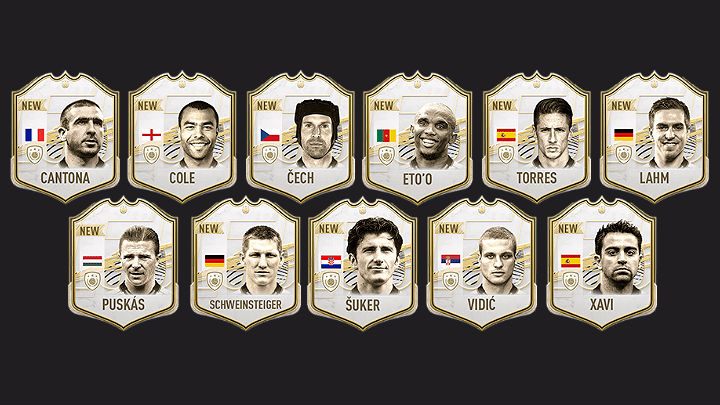 Here's the complete list of new icons in FUT 21: