The Wingman is one of the quests in the Holland Valley in Far Cry 5. The mission allows you to obtain a new specialist (companion): Nick Rye, the pilot. This quest also should be completed soon after finishing the prologue to Far Cry 5. Nick can be incredibly useful, especially when you have to engage in open exchange of fire with the cultists, or repel enemy airplanes. The full solution is below. 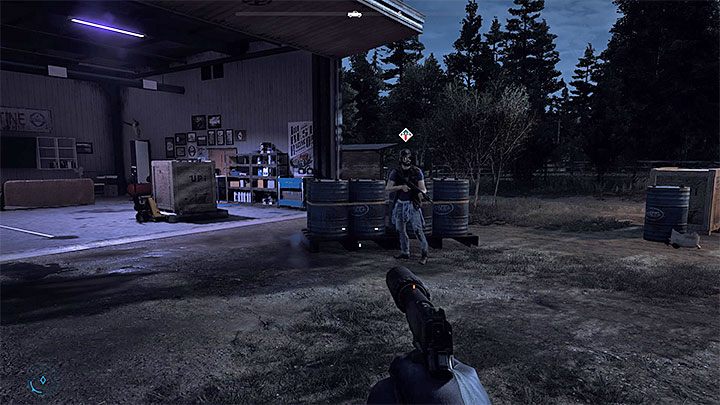 You have to reach the Rye & Sons Aviation Airport. It's marked on the map of Holland Valley since the very beginning - you will find it south of the Fall's End town. After reaching the airport, you will, once again, have to get rid of the cultists. Only after securing the area will you be able to talk to Nick, who will give you the mission of reclaiming his plane. 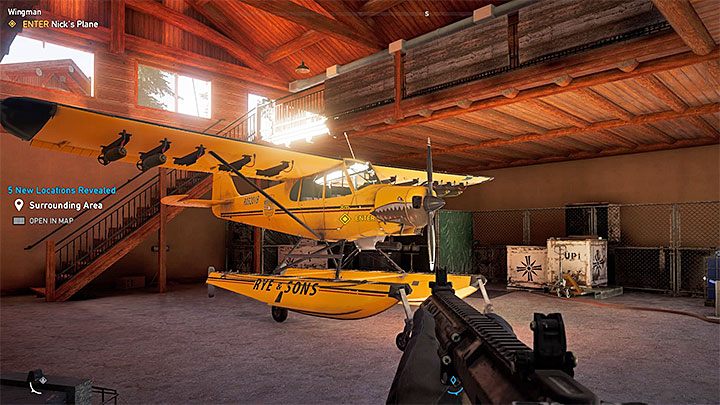 You should go west to the Seed Ranch. The location is one of the cultists' outposts and you should use this opportunity to capture it. Clandestine action is advisable - eliminate the enemies using the bow or a sniper rifle with a silencer. If you're exposed, expect reinforcements.

The plane you're looking for is on the screen above. You can reach the hangar after eliminating all enemies, or right away. Open the hangar door and enter the plane.

Get his plane back to Nick 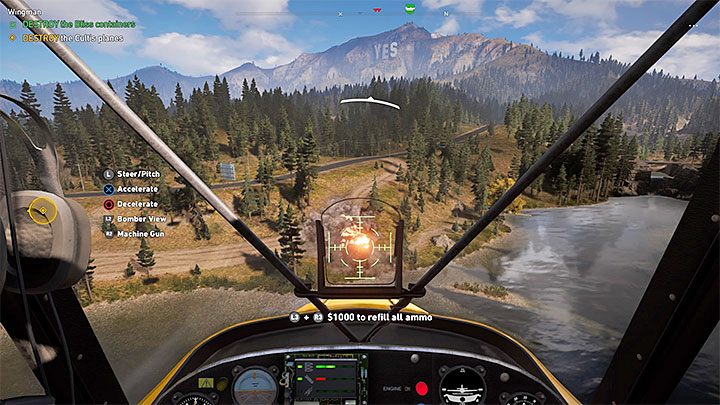 Now, you will begin the tutorial of flying. Fly through subsequent checkpoints - it's easy, but make sure you don't hit a tree or fly too low. The next part of the training flight will be destroying a silo along with some cultist cargo and airplanes. Each time, you should use the airplane's guns, but you can also try using bombs. Go back to the airport after you're done, and land carefully (slow down before touchdown). Note that the game will offer you to refill your ammo for cash. Don't use this option - the regular gun is enough for this mission.

New cultists are on the airfield. Go to Nick's house and get rid of them. More enemies (including snipers) will take positions near the hangars. Nick should get rid of them, so just avoid getting shot. Finish the mission by eliminating all enemies.