The following page describes the New Eden's Secret and The Prophecy missions in Far Cry: New Dawn. You will receive the former of the mentioned tasks after completing the Under Siege mission. New Eden's Secret is a very simple quest which revolves around reaching an indicated location, while in the mission named The Prophecy you will have to solve several puzzles. 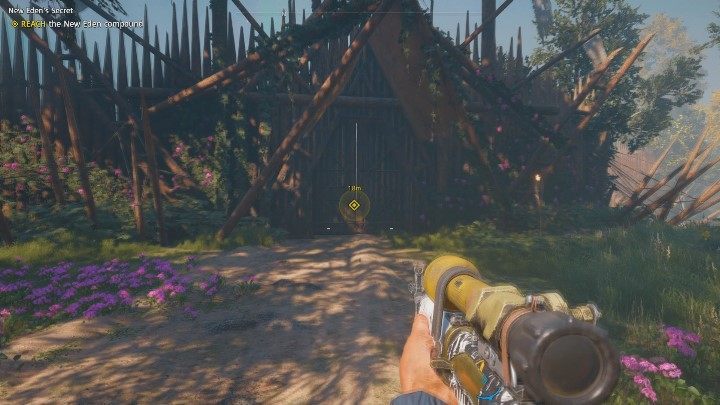 The goal of the mission is to reach the location of New Eden - it will be automatically marked on your map. After reaching the location, approach the wooden gate. Move away from the gate and head towards a nearby road. You will see a figure there - move towards it. After approaching the character, the New Eden's Secret mission will end and you will receive another task - The Prophecy. 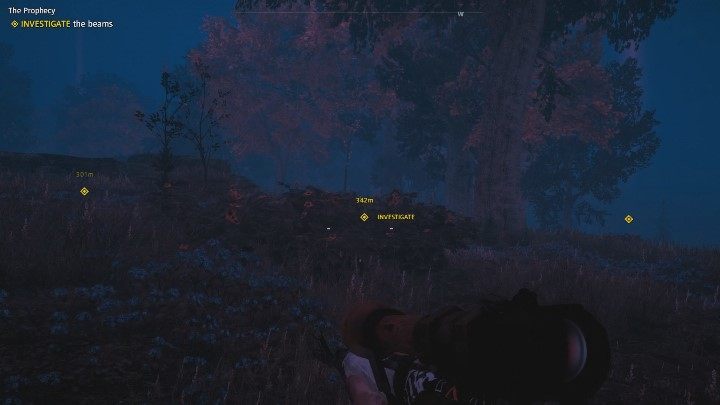 After the mission has begun, another journey awaits you - this time you must reach a nearby island. The island will be marked with an indicator, so there is no problem with getting there. You will have to solve three puzzles in the area - each one is in a different place, but the locations will also be marked with separate indicators. These riddles revolve around matching a special amulet to the surrounding elements. A description of each puzzle can be found below.

The northern part of the island 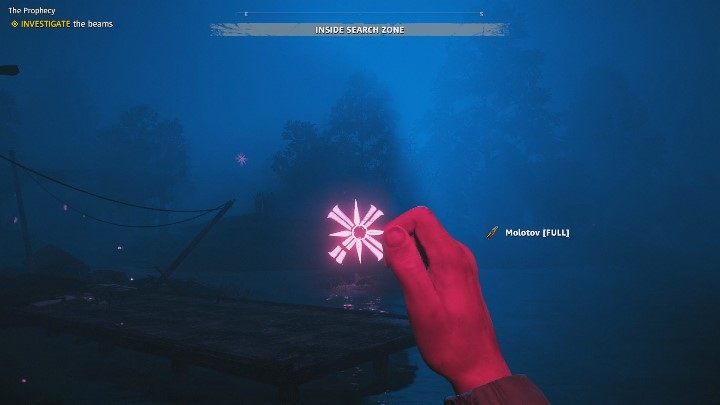 In the northern part of the island, you will find a destroyed bridge. Walk onto it to acquire an amulet. Then do the following:

The eastern part of the island 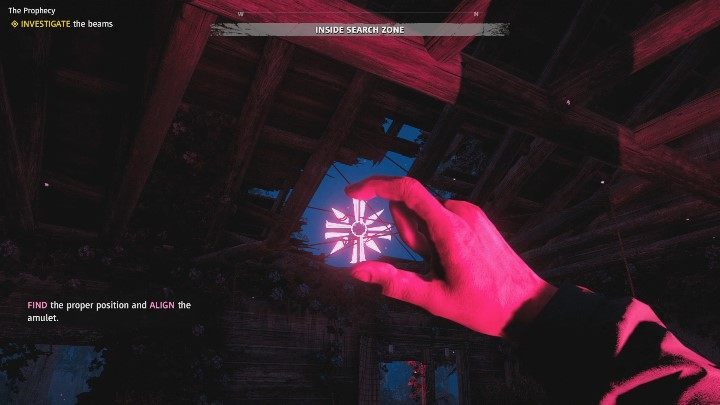 In the eastern part of the island, you will find a destroyed building. Follow the steps listed below:

The southern part of the island 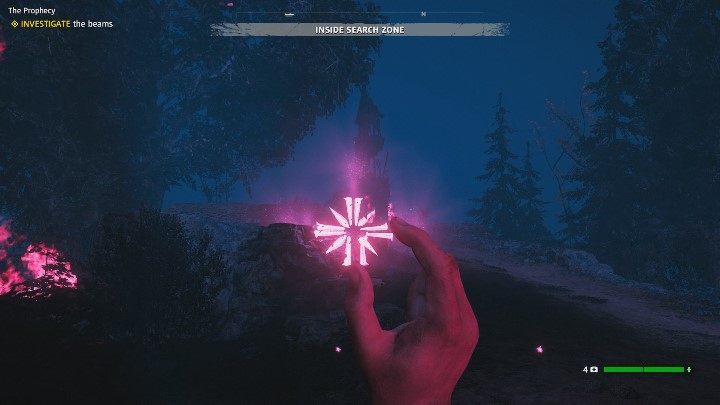 The last puzzle is located in the southern part of the island. You must do the following:

The end of the mission 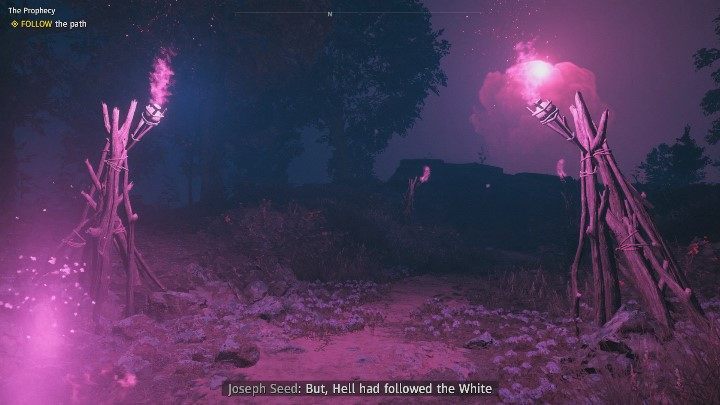 After solving all of the puzzles, another mission objective will automatically be indicated. Head in that direction. Then follow the road marked with torches. Soon you will reach a bunker - go inside and pick up a book that is located there. Finally, leave the bunker, and you will successfully complete the Prophecy mission.